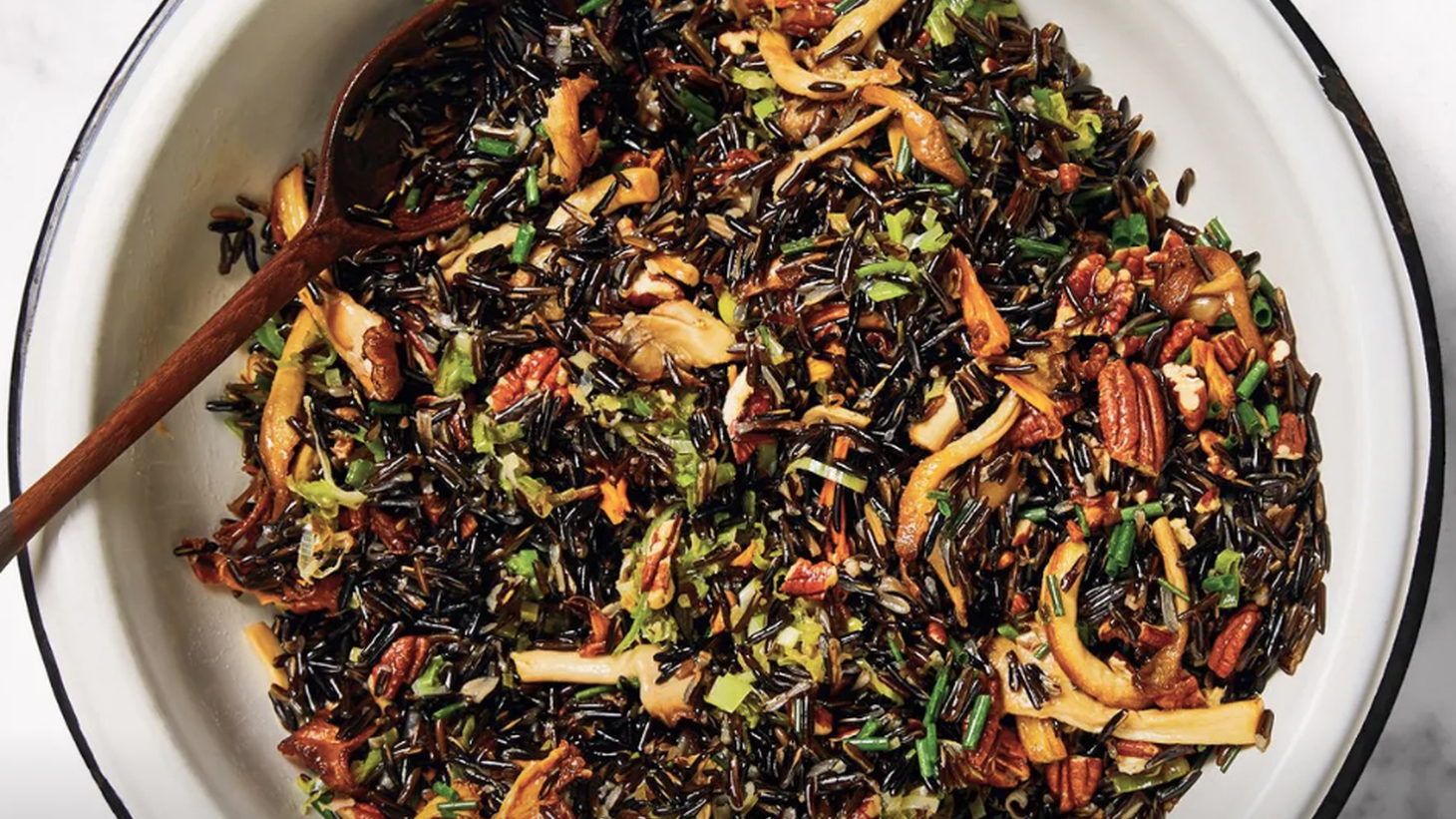 Stuffing appears to be the must-have side. Co-host Andy Baraghani prefers making his version with a wholewheat sourdough with a deep dark crust and a tang. “You really want irregular pieces, not cubes, so they get nice and craggily with more surface area to brown,” he recommends. He caramelizes onion, celery, and garlic in a combination of olive oil and butter for flavor. Sage, rosemary, thyme, parsley, and celery leaves with lots of black pepper are added to the aromatics and bread and cooked in a baking pan which creates a context in texture, a spongy interior with a crusty top.

Host Evan Kleiman insisted on a salad as a child every year and shares her version of her mother’s garlicky dressing.

**Note: Don’t apologize to anyone for your garlic breath.

This savory wild rice dish is the ultimate gluten-free stuffing and doubles as a holiday-appropriate grain salad with lots of fresh herbs. Cook the grains in well-salted water for much longer than you'd think; until the rice is splitting open, it's not done.

Do Ahead: Rice can be cooked 1 day ahead. Let cool; cover and chill. Dressing can be made 3 hours ahead; store tightly wrapped at room temperature. 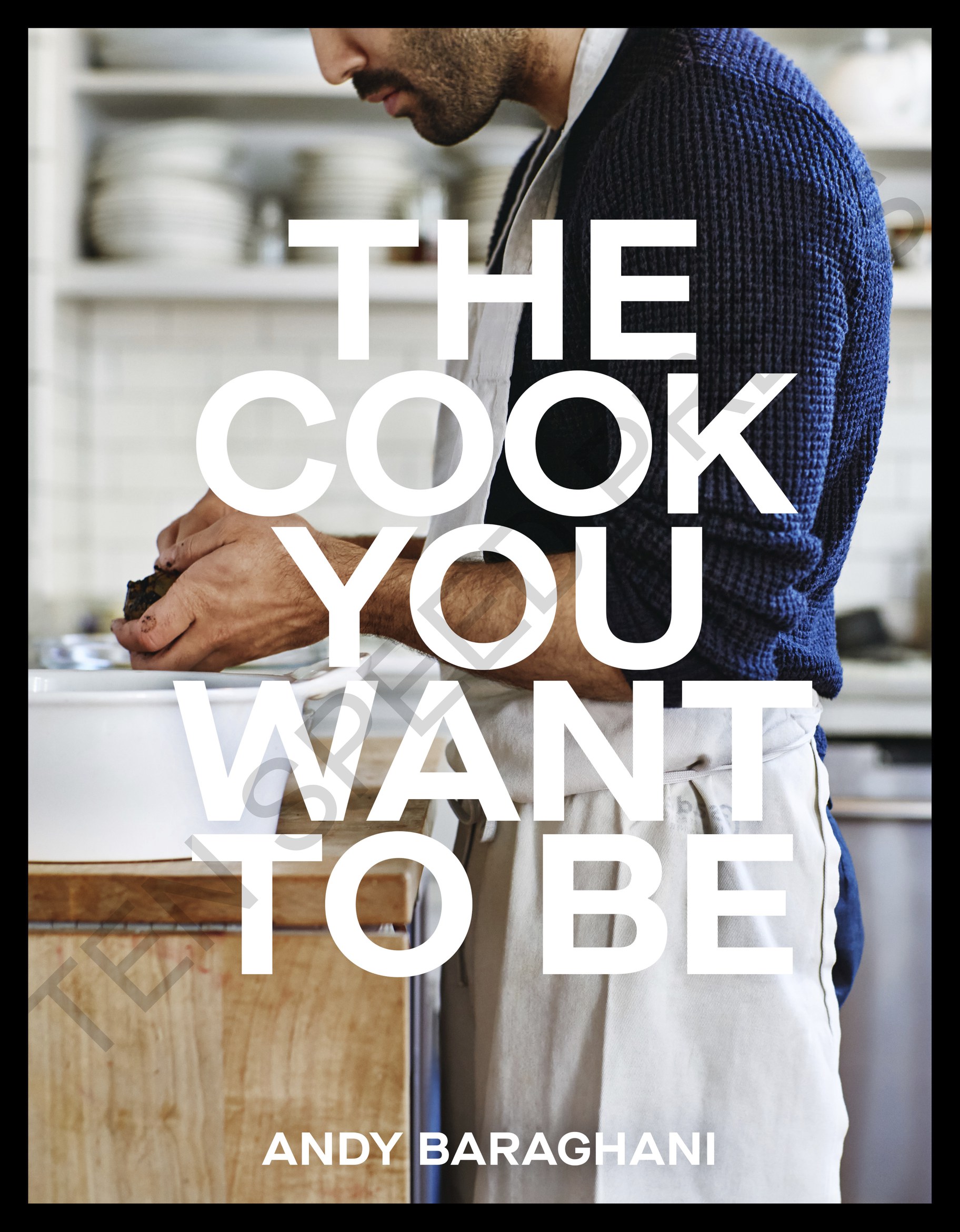 Andy Baraghani goes beyond Thanksgiving with his favorite everyday recipes in “The Cook You Want to Be.” Photo courtesy of Lorena Jones Books.