Does San Diego have good tortillas? Our first #TortillaTournament Invitational found out 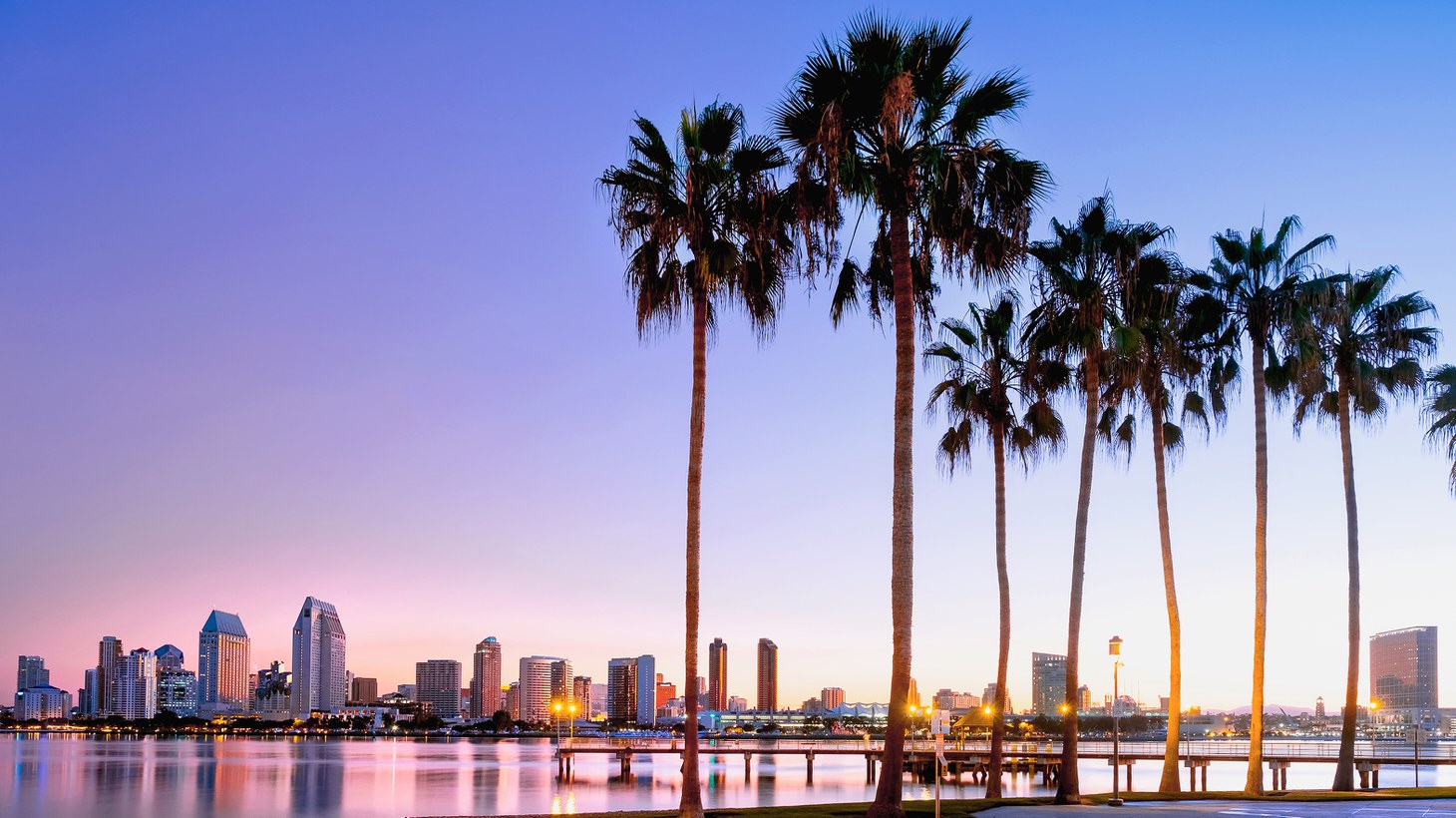 Every year, more and more people send me recommendations for possible entries in a future #TortillaTournament. I keep an archive of them, and more than a few have popped up in past iterations.

But increasingly, I’m beginning to face a good problem: A lot of the recommended tortillas aren’t in Southern California.

I’ve gotten recommendations from New York, have had tortillas from Kansas and Dallas mailed to me (both were excellent). I’ve seen local supermarkets stock tortillas from San Francisco and Watsonville — even Mexico itself.

While we can limit all Tortilla Tournament entrants to Southern California and never lack for contestants, there is a bigger tortilla world out there that’s raring to face off against our champions.

So this year, I decided to do the first-ever #TortillaTournament Invitational.

And the choice for the inaugural one was obvious: San Diego.

I’ve long joked whenever anyone asks me where to get great Mexican food in San Diego to take the 5 or 805 South down to Tijuana. But San Diego has its own proud Mexican food history. It gave the world the California burrito (flour tortilla, meat, guacamole, rice, and French fries), carne asada fries, and the phenomenon that is fast-food Mexican restaurants with a variation of a -berto’s suffix in its name (e.g. Roberto’s, Alberto’s, Alerto’s, Filiberto’s, Gilberto’s, and so many more). San Diego’s proximity to Baja California wine country and seafood, Sonora’s tortillas, and Sinaloa’s elan gives its Mexican food scene a different orientation found in L.A. only in Southeast L.A..

But I gotta admit: I was clueless about San Diego’s tortilla scene until I decided to embark on my invitational. I hit up my San Diego friends and asked them for recommendations. But, just like my friends in SoCal and their local choices, most of my San Diego crew had their favorite…and that’s about it. Then, they asked me to let them know what I found.

So here we go. 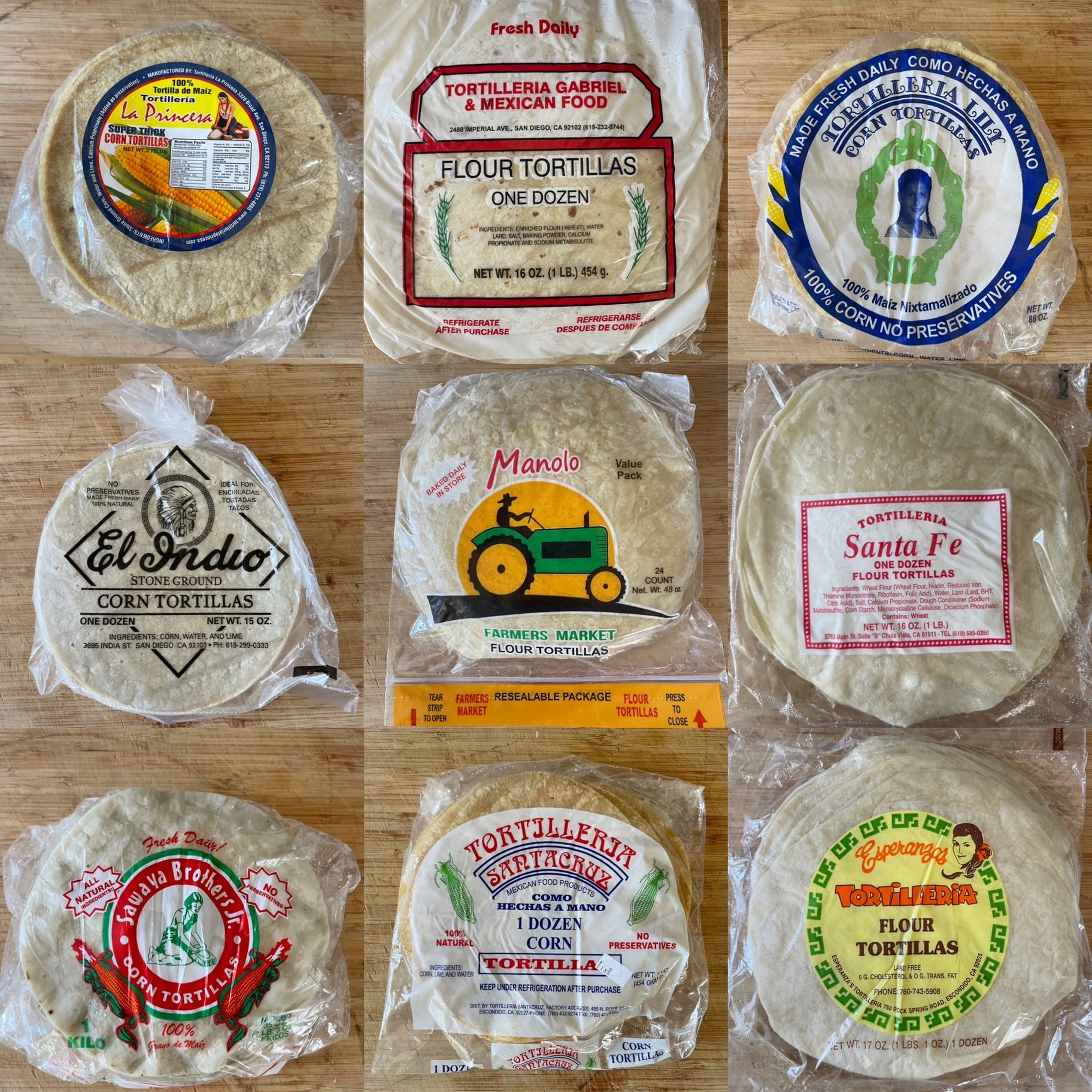 Here are the mighty contenders for the San Diego #TortillaTournament. Photo courtesy of Gustavo Arellano.

I gathered all the tortillas in one day, and ate them the following day back home in Orange County. I chose the entrants by trying to focus on San Diego proper and North County, because Chula Vista is a whole other game that I’ll include next year. One glaring omission: the legendary Las Cuatro Milpas in Barrio Logan. I’ve got a perfectly legitimate excuse for not including them: The line was an hour long when I went. I’ll brave it next year!

I decided to let in the finalists in the corn and flour categories to the official #TortillaTournament, with the winner getting the #5 slot in one bracket, and the runner-up getting the #6 slot in the other. I ranked them as high as I did to see how well San Diego’s champions might match up against the rest of Southern California. And I only allowed two San Diego contestants in corn and flour because, well, San Diego isn’t Los Angeles — just ask the Padres. 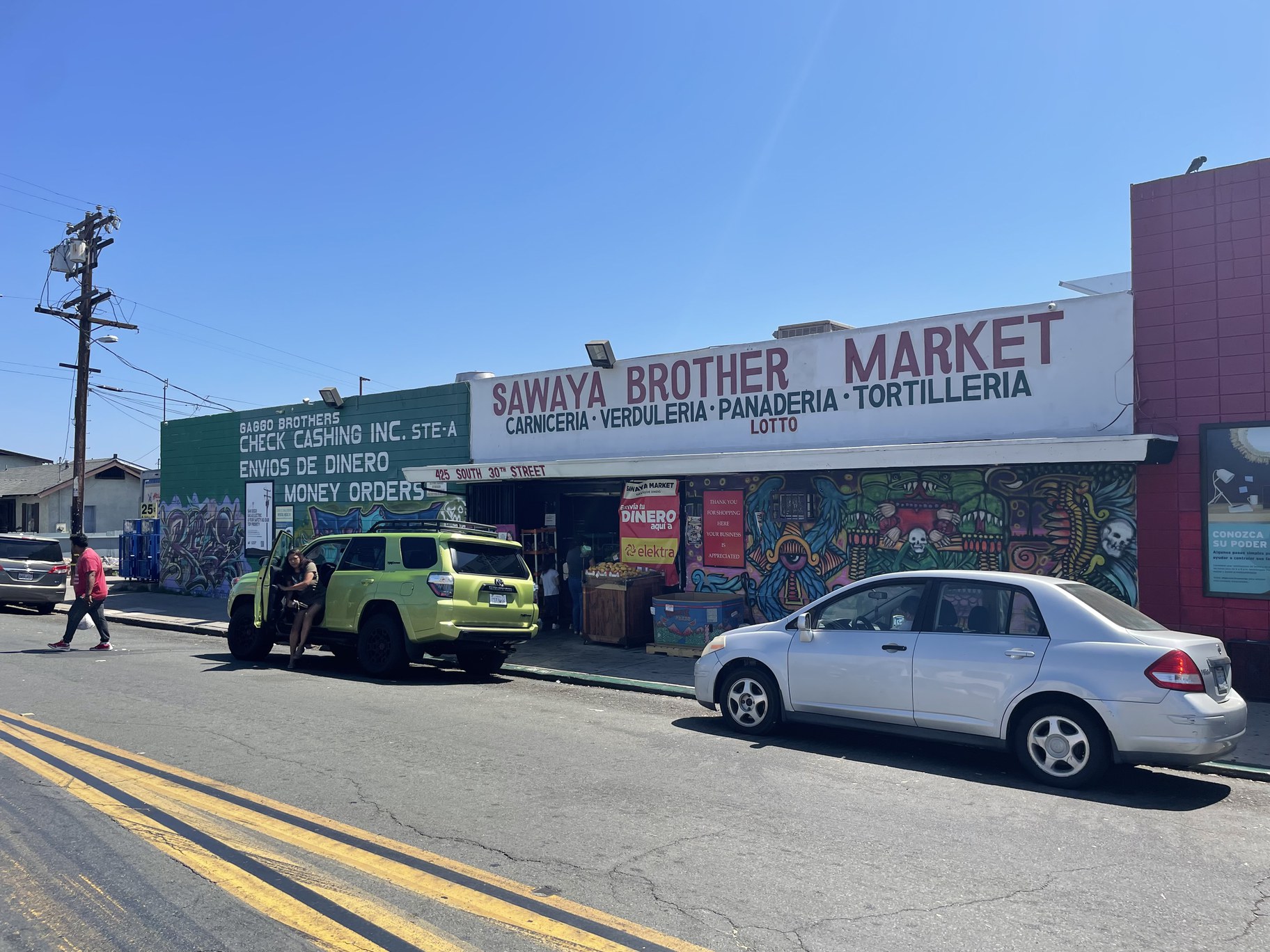 #1 Old Town Mexican Café vs. #8 La Princesa: Old Town’s tortillas are handmade and made to order. Their irregular shape meant I had to hold them down on the comal to ensure they cooked evenly and thoroughly but once I did that, I got a soft and pliable tortilla with great flavor and perfect for breakfast. La Princesa is machine-made — and uses Maseca, no less. Not a good flavor. WINNER: Old Town Mexican Café.

#3 El Indio vs. #6 Tortilleria Santacruz: I didn’t expect much from El Indio, which I dismissed as a San Diego tourist trap, especially after I saw that they make their tortillas from a machine. But just one taste eradicated all my preposterous assumptions. There’s an almost imperceptible buttery flavor to them that I’ve never tasted in a corn tortilla. The masa flavor is there, but that butteriness gives it a remarkable sweetness. Tortilleria Santacruz is a popular label across San Diego County — but it’s whatever, and hence fell easily to El Indio. WINNER: El Indio.

#2 Sawaya Bros. vs. #7 Manolo Farmers Market: Sawaya sold their tortillas in packs or from a cooler. There was a line for the cooler, so I went with the packs, which were still warm. They had a good, honest flavor, while Manolo’s corn was unmemorable. WINNER: Sawaya Bros.

#1 Old Town Mexican Cafe vs. #4 Tortilleria Lily’s: While I appreciate that Old Town makes their tortillas fresh and handmade when they could easily snooker its tourist clientele with Guerrero, I do wish their corn tortillas had more flavor…like Lily’s, which scores the upset here with a corn-intense essence that lingers. WINNER: Tortilleria Lily’s

#3 El Indio vs. #2 Sawaya Bros.: El Indio’s unique buttery flavor impressed me yet again. Sawaya Bros. would be able to win against most other corn tortillas in the second round of any tournament, that sturdy of a tortilla it is — but not against El Indio. WINNER: El Indio.

#4 Tortilleria Lily’s vs. #3 El Indio: Lily’s suffered in this round which brought down Sawaya Bros. in the second: It could beat most tortillas, but it just couldn’t surpass El Indio, which has to be the most unassuming corn tortilla you’ll ever tasted. SAN DIEGO INVITATIONAL CORN WINNER: El Indio.

Gustavo verdict: El Indio gets the #5 seed in Evan Kleiman’s bracket, while Tortilleria Lily’s gets the #6 seed in Mona Holmes’ bracket. It’ll be interesting to see how El Indio — which, I must reiterate, has a flavor I’ve never encountered in a corn tortilla — matches up against L.A. stalwarts. I have an easier time forecasting a good run for Lily’s — but El Indio is a HELL of a wild card… 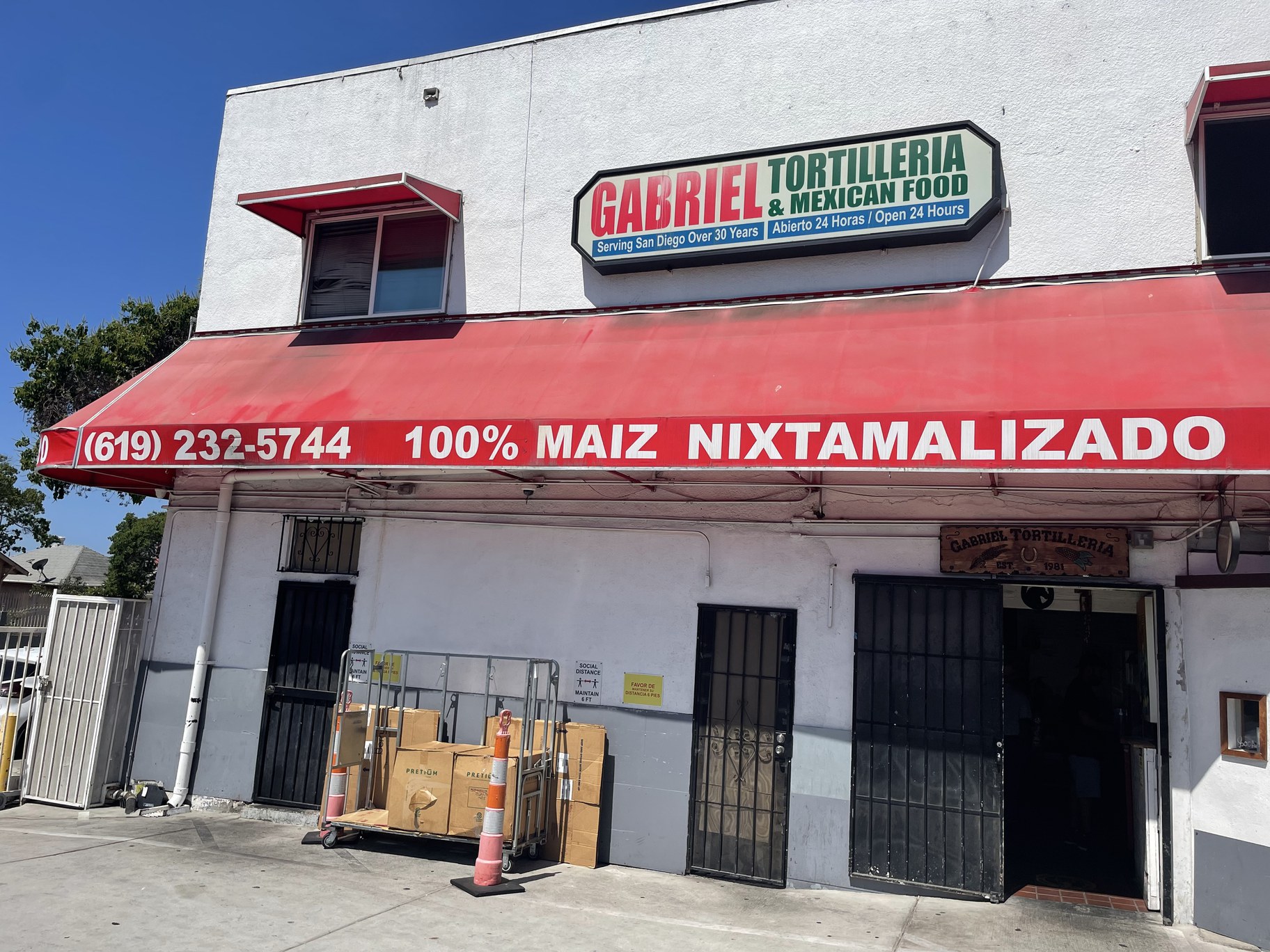 #4 Tortilleria Santacruz vs. #5 Gabriel Tortilleria: Gabriel puffs up and is smooth; Santacruz was so unremarkable — not bad, not good — that I didn’t even bother with notes for them. WINNER: Gabriel

#3 El Indio vs. #6 Esperanza's Tortilleria: Where El Indio’s corn tortillas were wonderful, their flour tortillas were flavorless, almost pasty. Disappointing! Esperanza’s tortillas had an off, plastic flavor to them that was off putting — and it was STILL better than El Indio. WINNER: Esperanza’s

#2 Manolo's Farmers Market vs. #7 Santa Fe Tortilleria: The former are sold raw, but they cook up to a buttery, great flavor — and are thicker than most flour tortillas. Santa Fe’s tortillas are thin, the preferred style of Sonora and Baja California, and puffed up with a great consistency. Only problem? They were flavorless. WINNER: Manolo’s Farmers Market

#1 Old Town Mexican Café vs. #2 Manolo’s Farmers Market: Both are very good flour tortillas — but Manolo’s is better, because of whatever wheat they use. More pronounced, earthier, sweeter — better. WINNER: Manolo’s

Gustavo verdict: Manolo’s gets the #5 seed in Connie’s bracket, while I get Old Town as a #6 seed. Overall, I think San Diego makes better flour tortillas than it makes corn, which makes sense due to its geographic proximity to the border. And I’ll say that pound-for-pound, San Diego’s flour scene can more than hold its own against L.A.’s flour power.

Congrats, San Diego: You will now have a constant presence in my #TortillaTournament. Good luck in this year’s version. L.A.: you’re on notice.