Walk through any natural history museum and you’ll see rows of effortlessly clean animal skeletons.  Chances are you're looking at a strange form of human/insect symbiosis happening in the museum’s back rooms.

Preparing an animal’s skeleton for display is incredibly labor intensive for human hands.  So curators have turned to a family of beetles with millenia of experience.

The dermestidae family of beetles have followed humans since our early history.  They’re opportunistic eaters, and they like the things we like: grains, bacon grease, leather, silk scarves, books, carpets.  And as early humans traveled, the beetles came with, colonizing across the globe.

The majority of humans’ relationship with these beetles is and has been contentious, as they tend to wreak havoc on human possessions.  They’re often exterminated as pests.

But several species of the dermestidae family have a taste for dead flesh. Including dermestes maculatus, aka. “The Hide Beetle”.  And for this reason, curators have enlisted their help as “museum volunteers.”

At least, that’s what Chris Stinson of the Beaty Biodiversity Museum in Vancouver, British Columbia calls them.  He’s the Curatorial Assistant of Mammals, Reptiles, and Amphibians and he approximates that he has 20,000 of these volunteers to prep the museum’s collection.

In this episode, Here Be Monsters producer Jeff Emtman smells the beetle tank, listens to them eat an owl skull, and holds a real flesh-eating beetle.*

Jeff Emtman produced this episode, with help from Bethany Denton and Nick White.

Happy Birthday Paul.  We don’t know when your birthday actually is, but we hope it’s a good one...this year and every other.

*Due to dermestes maculatus’ preference for dead foods, they’re perfectly safe to handle, unless you’re a wild turkey (and if you’re actually reading this, you probably are). 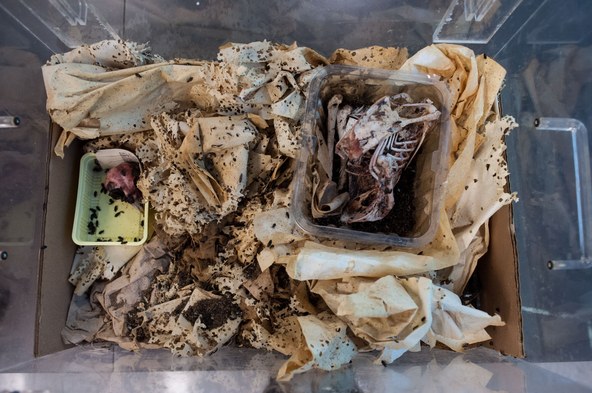 Colony of dermestes maculatus "flesh-eating beetles at the Beaty Biodiversity Museum at the University of British Columbia. Sometimes these are also called “hide beetles” due to their proclivity for eating leather. 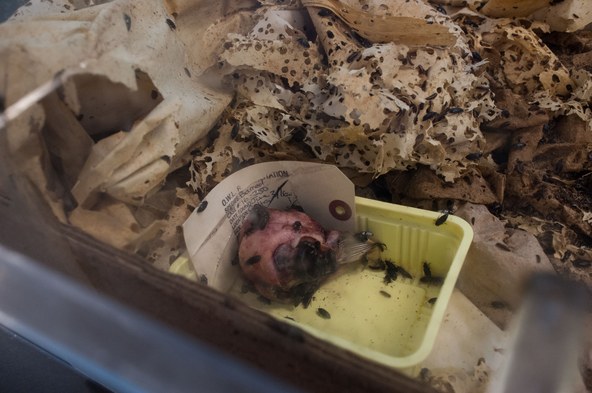 Curatorial Assistant Chris Stinson estimates a total 20,000 beatles live in this colony, which is one of three maintained by the museum. 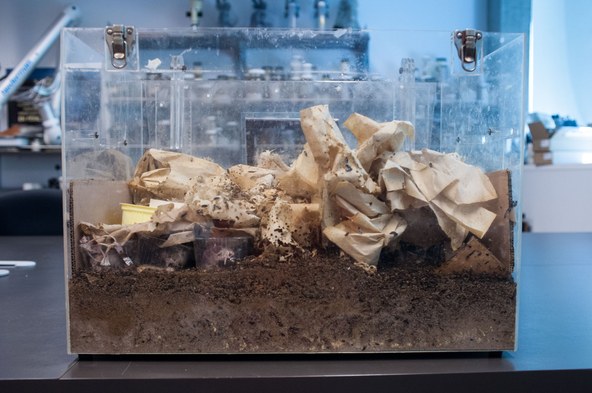 The beatles' waste creates a dirt-like substrata in their tank. 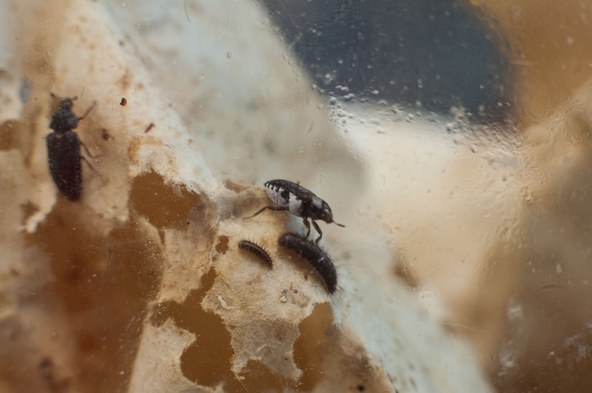 A young larva, a mature larva, and an adult beetle. 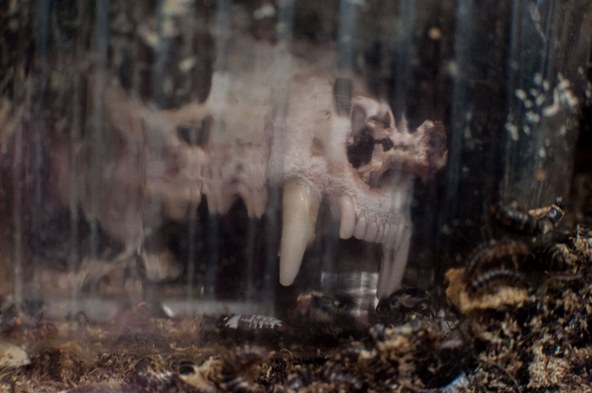 The mostly-cleaned skull of a marten in a container that used to hold seaweed snacks. 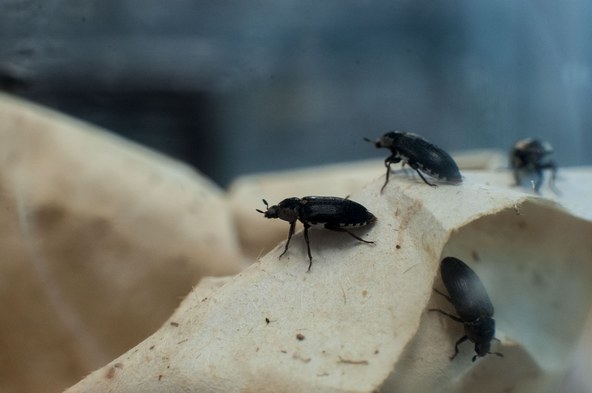 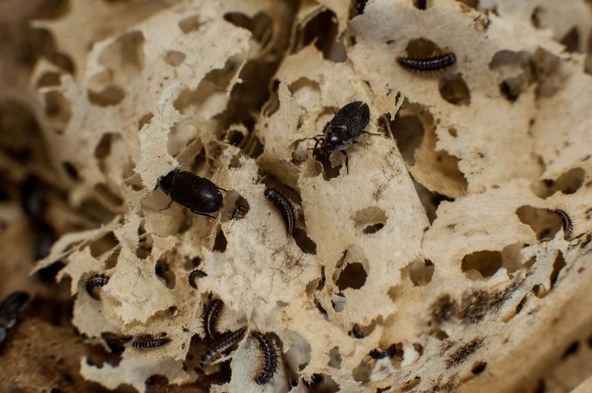 When not eating flesh, the beatles, chew round holes in their paper bedding. 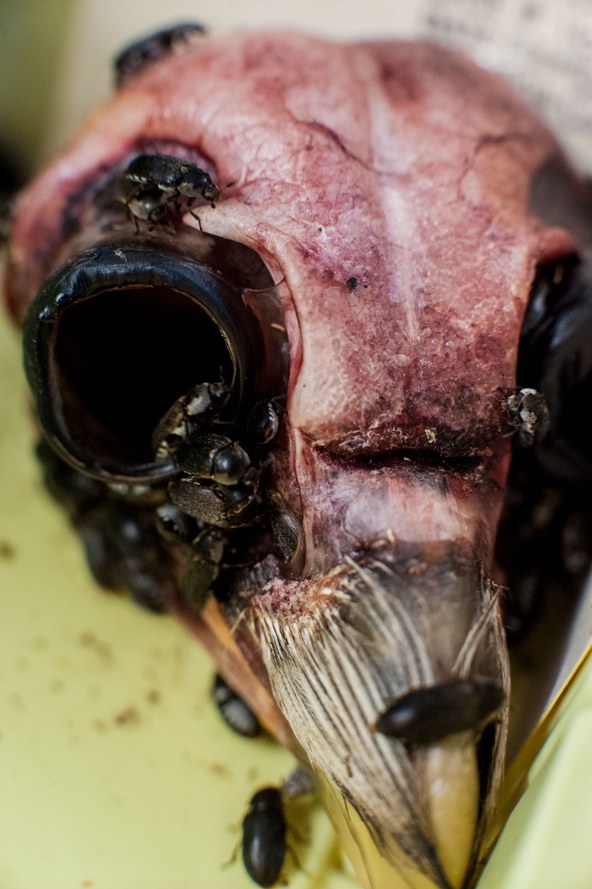 The partly cleaned skull of a barred owl. 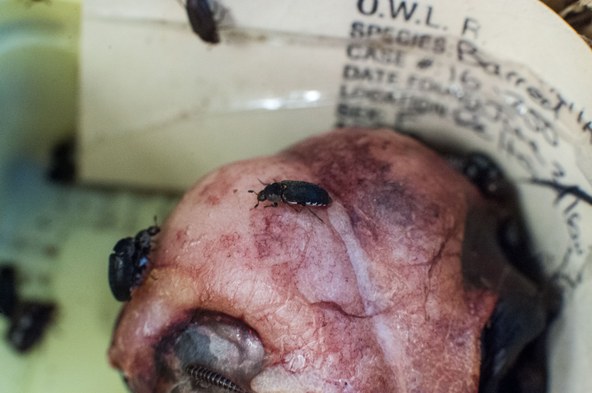 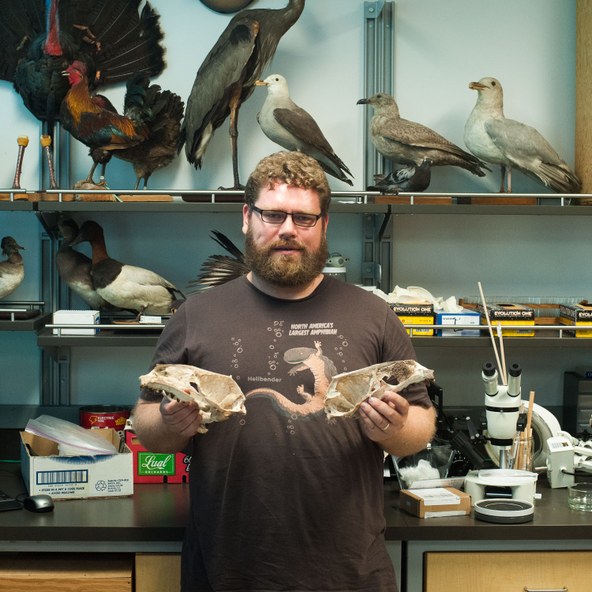 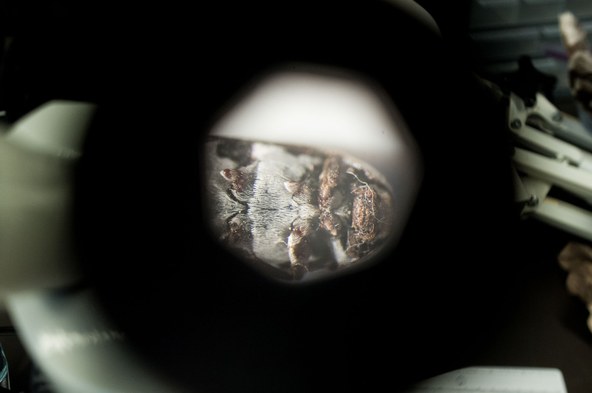 Mouthparts of a dead dermestes maculatus seen under a microscope. 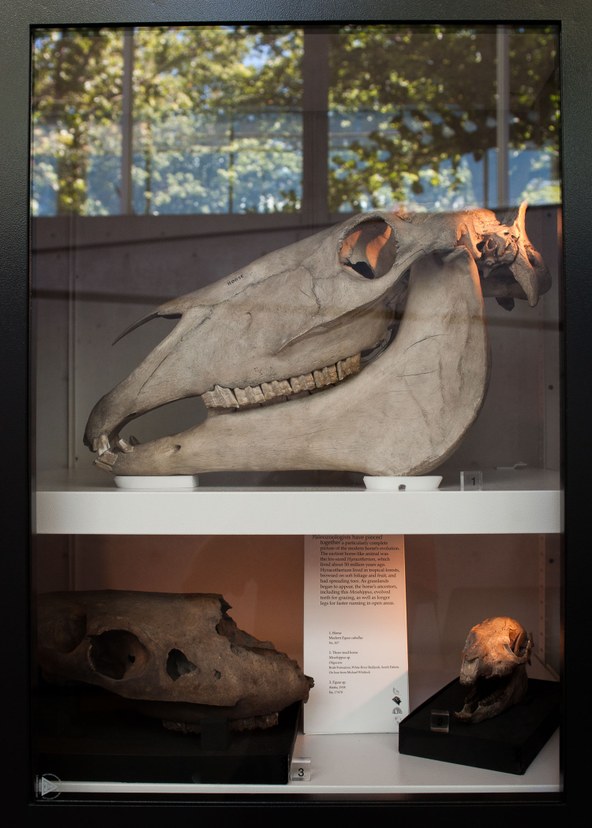 Clean skulls in the collection of the Beaty Biodiversity Museum in Vancouver.

More from Here Be Monsters