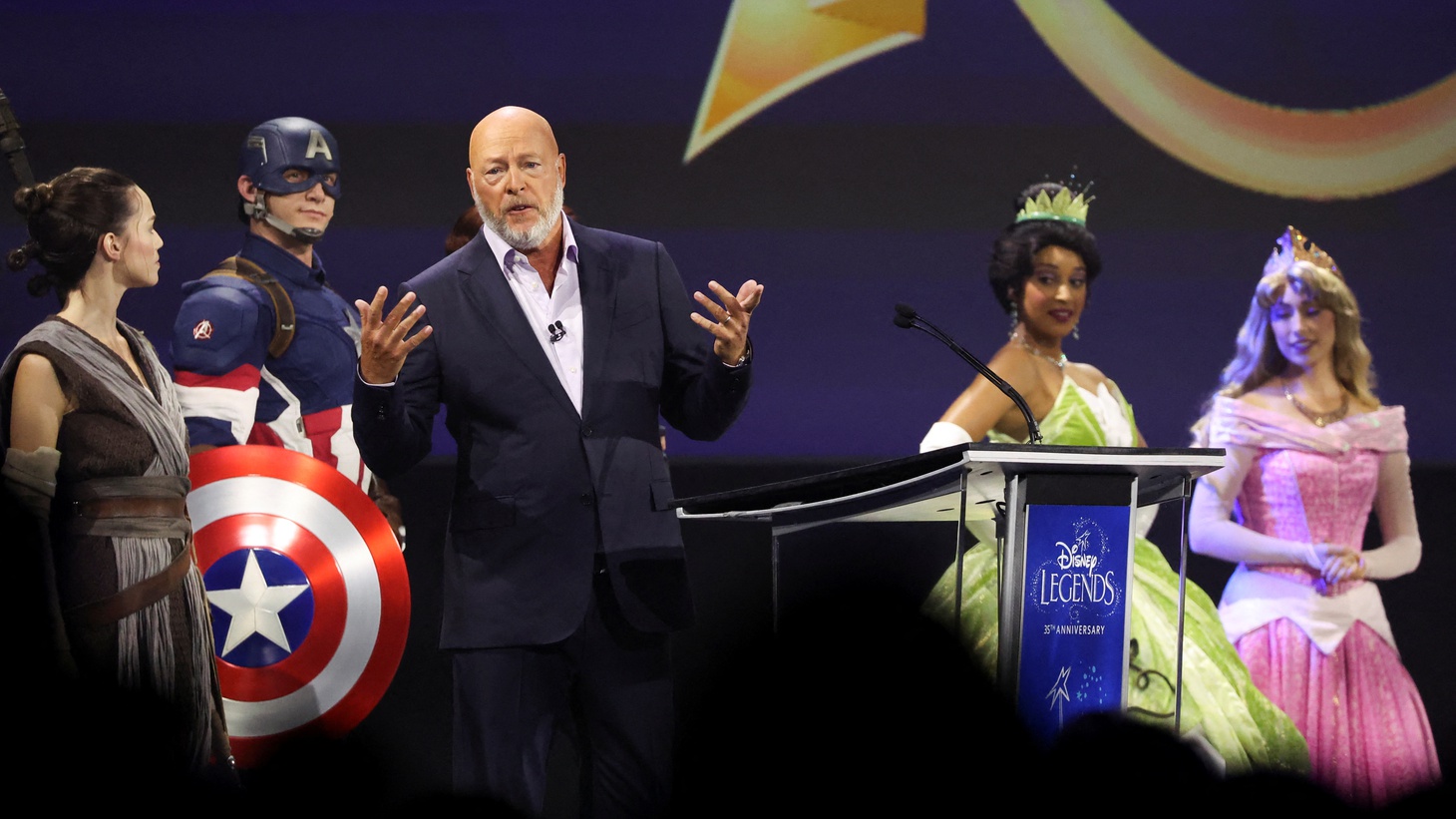 Bob Chapek, Chief Executive Officer of Disney, speaks at the 2022 Disney Legends Awards during the D23 Expo in Anaheim, California, on September 9, 2022. Photo by Mario Anzuoni/REUTERS.

Disney’s CEO Bob Chapek is trying to reboot his image after a turbulent tenure. He attended the D23 Expo in Anaheim where he sat down with several journalists for 15-minute, on-the-record interviews. “This is a bit of a coming out party for him with the press. He hasn't made himself particularly available,” Kim Masters tells Matt Belloni. During their sit down, Masters says Chapek discussed plans for Hulu and ESPN, an integration app for the company, and theatrical vs. streaming releases.

Chapek’s plans for Hulu and ESPN

Kim: There's been a big overarching question, “Does Disney keep [Hulu and ESPN]? Does Disney get rid of those?” Does Disney want to be pure play, all about the Disney properties?” or “Does it want to be more all things to all people?” [Chapek] indicated very strongly, he is not intending to get rid of either one of those.

Matt: The big takeaway a lot of people had from this press blitz was that he somehow got Dan Loeb, the activist-investor, to back off on that push to get rid of ESPN. And he was insinuating that they are going to take back Hulu right away, or sooner than the 2024 timeline.

Matt: That would be a big deal because this whole integration of streaming services into one big super app is clearly a trend. It's happening with Warner Bros. Discovery. They are combining HBO Max and Discovery+. We got news this past week that Paramount+ and Showtime are now going to be integrated [into one app, and] you’re going to pay an upcharge for Showtime. It's really only a matter of time before Disney does that with Hulu in the U.S.

Kim: Chapek has said that they are now in a position to have a full theatrical slate and enough stuff for the streaming service, which he said they didn't in the first instance. 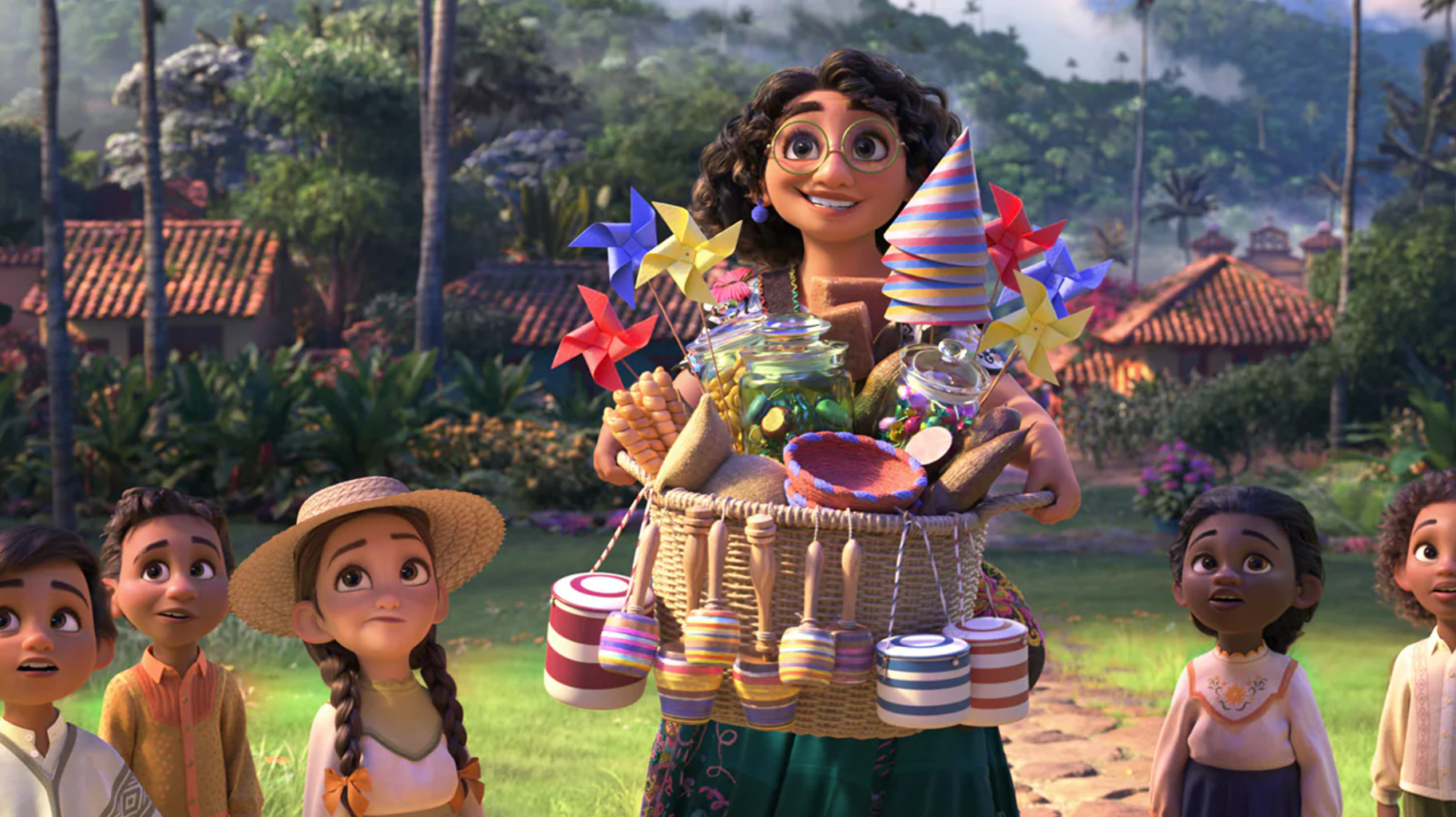 “How do you know that the attention [“Encanto”] got wasn't due to that theatrical profile?” asks Kim Masters. Photo courtesy of Disney.

Would “Ecanto” have been successful without theatrical release?

Kim: I asked him, “Can you launch [a franchise] with a movie or property on streaming?” He said, yes [and] cited “Encanto,” which was a little strange because it had a theatrical release, and then became very much bigger on streaming. But, “How do you know that the attention [“Encanto”] got wasn't due to that theatrical profile?”

Matt: Absolutely. I thought that was very telling in your interview that he made this blanket statement about how you don't need a theatrical film in order to have a global franchise across all platforms, but then [he] couldn't name one.

The fact that “Encanto” got that theatrical release, got the marketing associated with that release, put it into the culture, and then when it appeared on Disney+, it became gigantic. That all traces back to that initial theatrical release.

It's an interesting exercise to go through it and say, “Would ‘Ecanto’ have been ‘Encanto’ without that theatrical release?” I don't believe it would have. Maybe Bob Chapek believes it would have. He didn't say that, but Disney does not have an example of a movie that has become that global phenomenon without theatrical.

Kim: Nobody does. That's where we are right now.

Studio are walking a tricky line with theaters

Kim: That's the tricky line that the studios are trying to walk. Are studios putting enough movies to keep theaters alive and somehow still have a streaming service that makes money?!

Matt: Right now, it seems to be this 45-day window is the compromise on that issue where they believe they're gonna get the best of both worlds.

Kim: Which is a bit of a walk back from where certain people were earlier in this game.