Eric Weinberg’s network looked the other way on his bad behavior, vouched for him 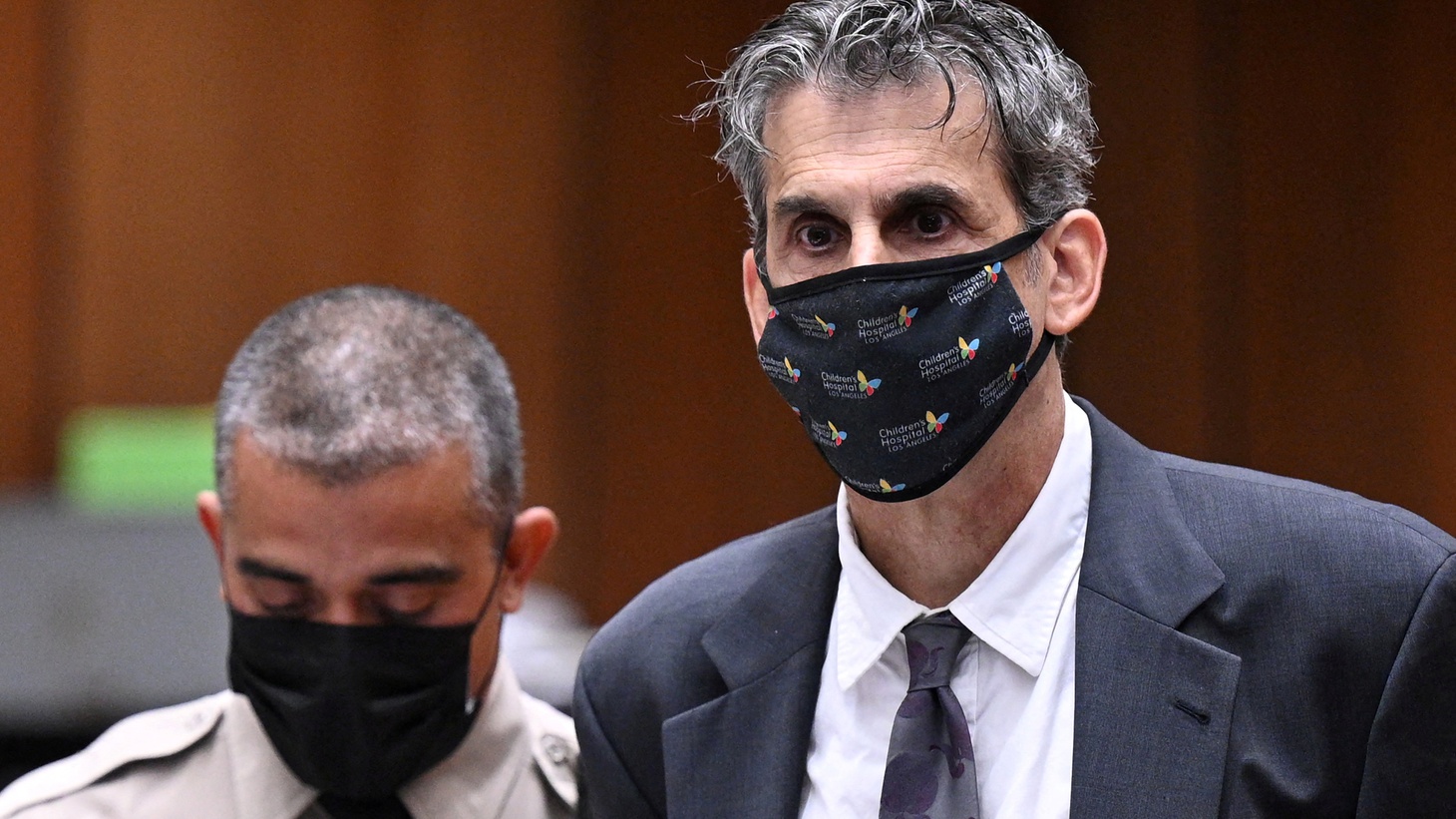 Hollywood producer Eric Weinberg looks up after bail was denied at his arraignment in Superior Court in Los Angeles, on October 25, 2022. Weinberg is charged with 18 counts of sexual assault. Photo by Robyn Beck/Reuters.

The Hollywood Reporter published a piece by Kim Masters and Samuel Braslow about former producer Eric Weinberg, who is currently in prison facing 18 counts of sexual assault, including rape. Though he had been freed twice on bail by a judge – first $3 million and then $5 million – Weinberg was ultimately pulled off the street and incarcerated because he was considered a threat.

How did Weinberg keep getting jobs, even after repeated complaints and firings for bad behavior? Masters and Matt Belloni examine.

This conversation has been edited for length and clarity.

Has #MeToo made a difference?

Kim Masters: This guy worked for 20 years in Hollywood. His biggest job was on “Scrubs,” the long-running sitcom. But even after he was fired from “Scrubs” for alleged misconduct, he continued to work for 10 more years. This is revealing about the industry and we have all these questions about, “Has #MeToo made a difference?”

He was fired in 2006, more than 10 years before the Time's Up movement really started. But even then, his conduct was so egregious, allegedly, that he was fired. We're not saying anybody knew he was capable of serial assaults, but his behavior was not okay. We found the degree to which people accepted bad behavior or looked the other way when they knew he had actually been fired for it.

Matt Belloni: Nobody really looks good in this story because it's not just that there was this alleged predator that was out there with all this bad behavior, it was that there was a system in place where even the people who knew that he was let go from a show because of the behavior, continued to vouch for him, and continued to move him around to other shows that would allow him to potentially prey on other women.

This wasn't just a one off. This was a decades-long system that even after the #MeToo movement began, he was still represented by agents, being pitched for jobs. Presumably his team knew about this background, so it's [not] a real sign of all the progress that's been made in the business. Still a lot of problems out there.

Masters: He starts with Bill Maher on “Politically Incorrect.” He moves on to “Scrubs,” gets fired. The explanation we got from Bill Lawrence, the showrunner [was] that he hit on an extra’s girlfriend, but not on the set. I don't know how many people fire people who have worked on over 90 episodes of a series for that kind of offense, but that was Lawrence's explanation. We think there [were] descriptions of a lot of behavior, even preceding “Scrubs.”

On “Veronica's Closet,” Amy Sherman Palladino described this incredibly toxic behavior. Then he goes to “Scrubs.” Ultimately gets fired. Goes on to “Californication.” [He gets] dropped after one season, we're told, for bad behavior. The job starts to get worse, but he still gets jobs.

Belloni: Keep in mind, these are very competitive jobs. There are dozens of writers that would kill for these kinds of jobs.

What does that say about everyone else who is vouching for him?

Belloni: This is a guy that was in the club, had friends who were vouching for him, and were helping him. This is how it works. If you work on one show, and you make relationships there, those relationships last. Presumably there [would] be a check on this if someone knew, and it sounds like this was a notorious figure within these comedy writing circles. [He] kept getting jobs, so what does that say about everyone else who is vouching for him?

Masters: There's a network of writers and those guys help each other out.