Today, astrology and tarot cards are enjoying a resurgence, helped in part by advancements in technology and an increase in spiritualism and a search for meaning and purpose. Photo by Pixabay.

Far from being a “counter-counter” belief, the business of astrology today is booming. As millennials increasingly shun traditional organized religions, many are refreshing their view on astrology. The study of modern astrology hasn’t changed much since it was first perfected thousands of years ago. Back then, as now, people looked to the stars and planets to provide greater understanding of their place in the universe. Today, astrology is enjoying a resurgence, helped in part by advancements in technology and an increase in spiritualism and a search for meaning and purpose. Smartphones and social media have made tracking personal charts easy — and younger people are increasingly open to exploring an assortment of practices and adopting what works best for them. 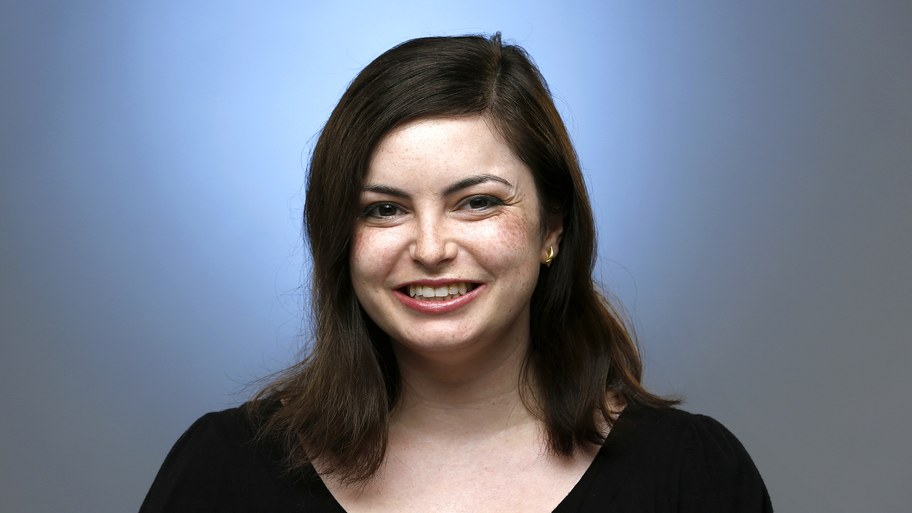 KCRW: What did you discover about why millennials are flocking towards astrology?

Jessica Roy: “So many of us millennials feel profoundly alienated or disconnected from the traditional religions that we grew up with, whether it's Catholicism, Judaism, Buddhism. A lot of people feel like that religion that they grew up with doesn't represent them or their beliefs, or they have issues with the institution itself. But the thing is that a lot of people still crave what religion offers, which is beyond just belief, it's a sense of community, it's a sense of belonging, it's a sense of there being something bigger in the universe than you. So what a lot of millennials are doing are seeking different modalities to find that.

You might get a horoscope notification and say, that doesn't mean anything to me, or you might get it and it might speak to you, it might be something profound in that moment. It reminds me of growing up seeing Bible “quote a day calendars” and there were some days where you read the Bible verse, and said, ‘whatever’ and some days where you were like, ‘wow, that's actually really profound’ and that speaks to the situation I'm in. To me, this is similar, it's just a different way of looking for that connection to your inner self.”

What’s the importance of technology, getting updates over your phone or through social media. Does astrology play into the millennial culture?

Roy: “Absolutely it helps astrology; crystals and tarots appeal is that they are eminently instagrammable. People do like to share some of their horoscopes in particular are very pithy, funny or silly and it is fun to share those, and sometimes you'll read it, and it'll feel like a message from the universe to the exact situation you're in at that moment. And then other times it's like, ‘be a tree and plant yourself’, or there was one that somebody posted, that was just ‘start a cult.’  How often do you get to say that about your last visit to church?”

You spoke to famous astrologist, Chani Nicholas, who pointed out that this generation has seen a lot of curveballs thrown down at them, and that they are trying to find some sense of order.

Jessica Lanydoo, what’s the difference between an astrologer and just reading a horoscope?

Jessica Lanyadoo: “Horoscopes are like the cotton candy of astrology. They're delicious, everybody loves them, they're engaging, but they're not exactly a meal. They're really popular because they apply to the greatest number of people. And because of capitalism big brands and companies kind of stand to gain from having this form of astrology on their platforms. Because it's so accessible, you can publish daily horoscopes or you can publish weekly or monthly horoscopes, it's appealing on a mainstream level to.

When we get into kind of deeper astrology, things get stickier, they're not always positive because they get more deep and more real. And that can be less entertaining depending on the kind of entertainment you're looking for but it’s just a little bit heavier.

Where do you get your astronomical information from?

Lanyadoo: “So there're a lot of places that an astrologer has to go. One one thing that's been really cool about computers and the Internet is that it has bridged the gap for  having to do math. So there are these programs online that do all the math for you. So it used to be that in order to be an astrologer, you had to be a scholar, because you would have to study the movement of the planets, and do all your calculations yourself. Now, with computers, we don’t spend all that time and energy doing that, we just press a couple buttons and bada bing, bada boom. And so we can then just focus on interpretation.

In terms of where we get our data, again there are a lot of versions of answers to that. The one of the tools that I use every day is called an ephemeris. And the ephemeris basically charts the movement of each of the planets through the zodiacal degrees to the minute, actually to the second, it charts them all, day by day, year by year. And astrologers then look at the geometrical relationships between the planets in the sky, or if we're looking at your birth chart, we would look at where the planets are now and look at the geometric relationship between the planets out in the sky right now and the planets frozen in time in your birth chart to understand cycles and trends of development for you at this time, or really, at any given time.

Based on leagues of data from astrologers learning throughout the ages, we learn, we practice and we develop our own interpretations. So, astrology is definitely an interpretive skill and an interpretive tool.”

Has the Internet and just phones helped this new boom?

Lanyadoo: “100%  absolutely. Astrology is having it’s day in the sun cyclically, throughout America. In the 1970s it was a really big deal but there was no internet. Having phones in our pockets, having a 24 hour a day, seven day a week constant access to news and brands pushing things at us there's this endless need for content. And I definitely think that part of the popularization of astrology has to do with more brands being motivated to have more astrology content, because it brings people in.

But then what happens? What happens in my view, is that it sparked something in the populace and in particular in younger people, older millennials on down because it's an access point to spirituality that is non denominational. It's an access point to spirituality that doesn't reject you, if you're gay, it doesn't reject you, if you’re any of the number of things that a lot of people feel repelled by religion. There's not a lot of rules with astrology, it’s almost like a Trapper Keeper, you can totally personalize everything to you. It's a way to feel seen, and to be validated for your uniqueness. It’s also a way to understand yourself in the context of your generation, in the context of the world around you and the struggles of the world around you.

So there's something that astrology offers each of us as individuals, that is validating. What happened was people got really into astrology and they started studying and the internet is in many ways very democratic, because lots of people like myself, who are self publishing astrological content, we didn't need to wait for a publisher to say,’I'll give you a book deal’ - we could start putting out whatever we wanted to put out.

So a hungry population of astrology fans started finding us on social media and online so that not only do we have more astrology, but we have voices that have been marginalized. Yes, even in the world of astrology, being able to take a seat at the table, or say ‘I'm not sitting at that damn table, I'm gonna go sit at my own table’, and people are interested in what's happening at that table and saying ‘I didn't even know that table existed.’ So it's been a really exciting period, although a lot of older astrologers that I know, who lived through the 1970s are concerned about the meme-ification of astrology, which is an entry point for a lot of people. It’s not based in substantive astrology but validates the stereotype of astrology of being fake or ‘quackery’, or not very intelligent. So there's pros and cons to its accessibility and it’s popularity in general.”

Is seeing an astrologer is like going to therapy? And are comfortable taking the role of a therapist?
Lanyadoo: “I am very firm and very clear with my clients that consulting with an astrologer is not the same as or equal to meeting with a licensed mental health professional or a doctor and that is essential. So at the beginning of every first time session, I reinforced to the client that their job is to have critical thought during the hour. And even if I'd say eight things where the client was shocked and said ‘how did she know this about me, this has healed me.’ I could say two wrong things and it's our job, to have critical faculties and to stay that way. So I would say yes astrology I believe is highly therapeutic and I have a lot of clients who experienced my work as a form of therapy.” 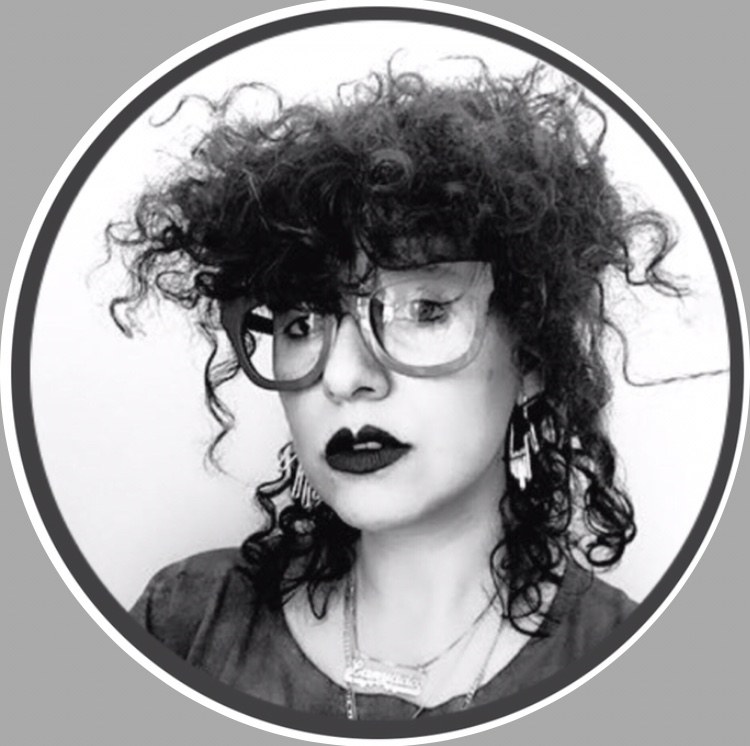 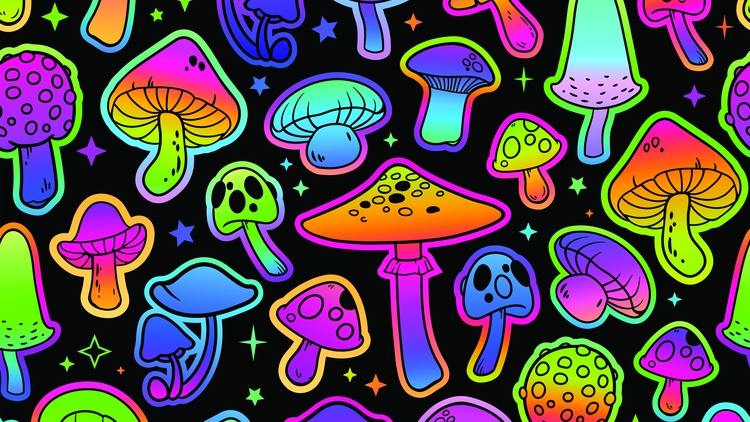 Astrology and our relationship to the cosmos

Since the beginning of time people pondered their relationship to the universe by looking to the skies.

Far from being a “counter-counter” belief, the business of astrology today is booming. As millennials increasingly shun traditional organized religions, many are refreshing...