Masculine identities are shifting and being reshaped from traditional traits. Photo courtesy of Online Counseling Programs.

Over the past 50 years the concept of masculinity has also been impacted by a cultural shift and societal acceptance of different gender identities and all forms of masculinity. For years, some men not only have been culturally conditioned not to show emotion but their masculinity is judged on their gender presentation and how they  perform as a man. Why do some measure male attributes as strengths and while being feminine is seen as a weakness?

KCRW’s Jonathan Bastian talks with writer and social justice education Doctor JonPaul — who focuses on issues related to gender, race, and media — about how the traditional traits attributed to the male sex have impacted gay, trans and bisexual men.

KCRW: What were your experiences growing up and how did you view yourself?

Doctor JonPaul: “So the conversation around masculinity actually started very, very young. Being African American, I was probably about four or five when I started getting the eyes. My father wasn't in the picture at all and my brother, for whatever reason, never got the eye from any of my uncles or male peers in our family. Whereas I always seem to always have someone's eye on me. My voice was always a little bit higher, I was always something called soft or ‘he's a little light.’

I never really understood what that meant until around eight or nine. I come from a long line of singers. My grandfather was a singer, my father was a singer, he used to do stuff for Prince. My uncle was a background singer for Luther Vandross for a very long time. I started recognizing around eight or nine that actually did have a voice and I was drawn to women's music, specifically Aretha Franklin, Whitney Houston who was my favorite at the age of nine, because I could actually hit her notes. I was probably about eight or nine when ‘I'm Every Woman’ came on the radio and I was singing it and I remember my uncle giving me a look and basically telling me to knock it off. It wasn't a knock it off, as you're singing too loud, it was just this look of you're basically emulating a woman and I don't like it.

So ever since then, I've always noted that in my own mind, masculinity was going to be a problem. When I got to high school I was constantly teased for how feminine I was. My family would make comments, my peers would make comments in church and then it’s always been something that has followed me even down to my voice; the whole, ‘oh, it Ma'am?’ or ‘Sir, I don't really know what to call you.’  So there's this notion around me not ‘performing.’ I don't add bass in my voice, the way some folks individuals believe I'm supposed to. I don't emulate ‘masculinity,’ I don't perform in a way that others want me to. It has been something that has constantly followed me, this notion of the performance element of masculinity and how I don't adhere to it. Then ultimately what are the ramifications for me in relation to both my race and my sexual identity and my gender identity by not performing in the ways that society wants me to.”

What did you feel when you were told you're not acting like a man?

JonPaul: “It was very hard. I've gone to therapy and worked with my therapist around not just this but the relationship I have with my family. In high school I was begging my doctor to give me testosterone so that way I could, ‘become more masculine. ’My doctor was ‘why would you want testosterone?’ So learning that this was something that was put on to me.

Four or five years ago, I was in a seminar where folks were talking about what it means to be trans and a person who was gender non-conforming or gender non binary.  Coming to terms with being gender non conforming is much like what a person has to come to terms with being trans.  That was eye opening for me as I am gender non conforming and I do recognize that a lot of the feminine emotional, soft elements of who I am, were things that I had to reckon with because again these were things that I was taught in relation to who I should be and how I should perform.  But also the way society has taught the world to hate women; when you show up as a woman, or show up in a feminine form, that ultimately shapes this notion of you being less of a person, less of a man because you're not emulating what that performance should look like.”

Is there a different notion in the Black community of what a man should be?

JonPaul: “We don’t often talk about slavery impact how we view black male bodies?  We have to go back to slavery to understand where hypermasculinity came from. This notion of being able to take and deal with what was put on to a Bblack male body.

In Jordan Peele’s film 'Get Out’  there's a part where Jordan is talking about that. There’s a scene where all of these people start coming up and they're poking and prodding at the black character and that the family is having this notion of he's athletic, or he has good eyes, or that he's fast. A lot of those concepts and ideologies are connected back to how black people were treated as commodities during slavery.

So as we've moved on and as we've continued to evolve as a people and as much as we need to redefine masculinity, we also need to redefine the way that we look at people. Folks' mindsets are so rooted in what systematically has been kind of taught and thought about the black body, specifically the black male body, that we start to feed into that. So now the expectation is set. The thing that I've constantly tried to push and try to challenge in my own work, is really getting people to really step out of that and say, ‘what is your definition? What is my definition of what it means to be a man?  What should be the universal, definitive definition?’ This idea of giving folks the autonomy, specifically black men the autonomy to say, ‘this is how I show up, this is who I want to be and you have to respect that.’ I genuinely think that that has a lot to do with the ways that black people, specifically Black men have been treated since being brought here against their will in the early 1700s.”

You've written that society views being masculine as a gift while being viewed as feminine is a curse. What did you mean specifically?

JonPaul: “We've been taught to celebrate masculinity as this amazing thing but celebrating femininity  should be something we get away from and we have to ask ourselves why? I grew up in a very religious household and we often talked about the Bible. I think a lot about the story of Adam and Eve even now and I always think about what is the rhetoric around Eve? What is the rhetoric around how we got to this place as imperfect people and everyone blames Eve. So even at the inception, even at the beginning of time, misogyny lived. This idea that a woman is the reason why we're in the predicament that we're in. We never held Adam to this standard — you could have just said ‘no,’ you don't have to eat the apple.

So this notion that men and masculinity get too much credit and don’t get to be held to the same standard that women are is why we have such a problem with femininity. If we allow ourselves to actually feel, to be human, how much work goes into doing that and how much we have to reckon with. Because we have not had the chance to reckon with that and that's the challenge. At 35, being effeminate as I am, I now look at it as a blessing because I've done so much work to love myself and to understand my own emotions. If people can do that and folks can get to that place, they'll see how much greater the world is.” 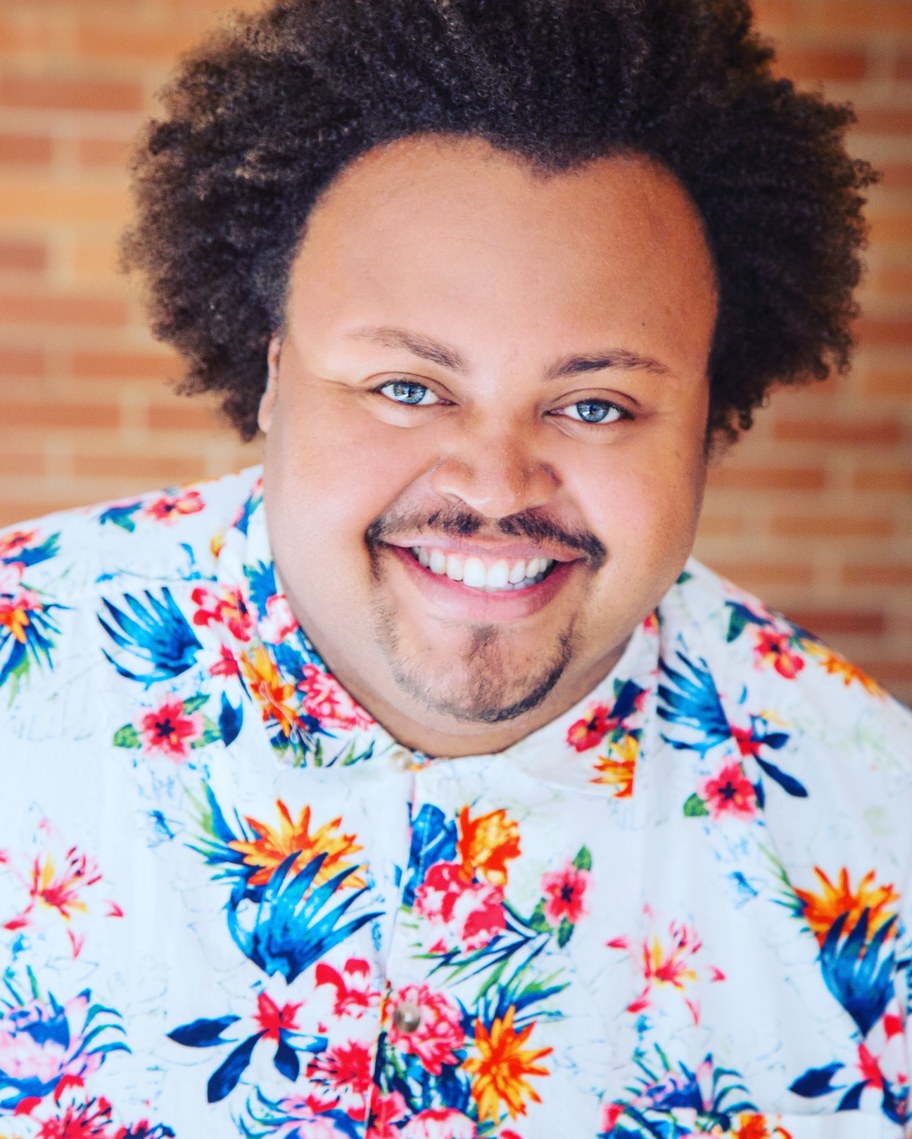 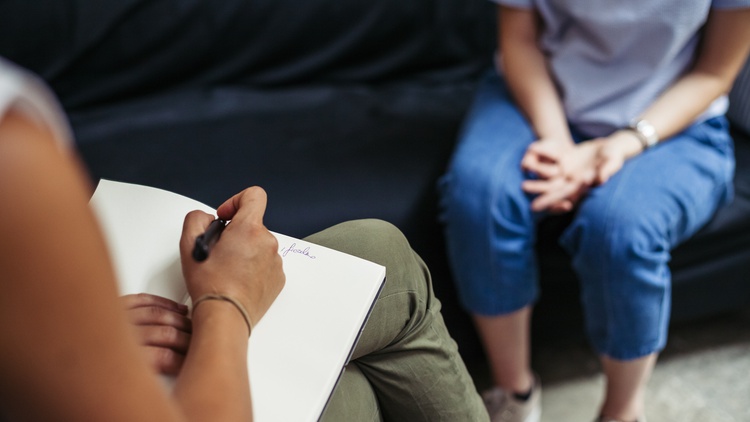 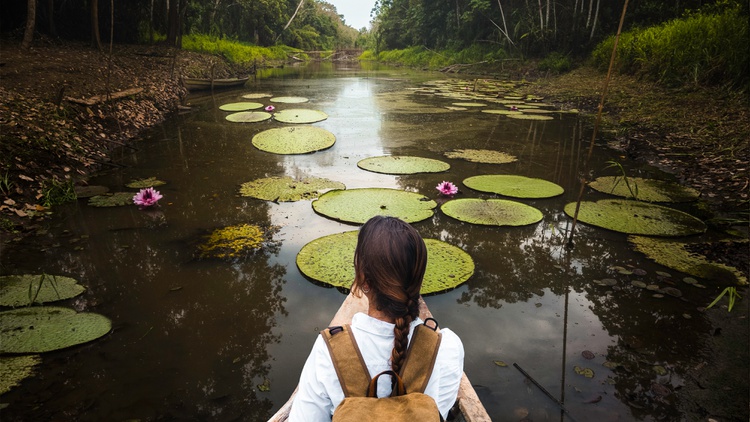 In his most recent book “Angry White Men: American Masculinity at the end of an Era” Stonybrook University emeritus professor Michael Kimmel addresses how our notions of...

Over the past 50 years the concept of masculinity has also been impacted by a cultural shift and societal acceptance of different gender identities and all forms of...