In March 2020, Esmé E. Deprez received a text from her father. Suffering from ALS, Ronald David Deprez had had enough. With the passage of Maine’s Death with Dignity Act in 2019, he decided to take matters of life and death into his own hands and he needed her help. Esmé E. Deprez shares her deeply moving and personal story with KCRW’s Joanthan Bastian, and explains how she helped her father navigate the law and ultimately help achieve a “beautiful death” on his terms.

KCRW: Tell us about the moment these events unfolded.How did you hear your father wanted to exit this world?

Esmé E. Deprez: “He sent me a text message in March of 2020. I was actually in New York for work. I typically live in California and he was in Maine, where both of us were born and raised. And he essentially said he needed my help so he could die. It didn't come as a complete shock. He had had ALS for the past year and his body was really deteriorating.

Of course it did leave me a little shaken. It's not news that you ever expect necessarily to hear or want to hear. But Maine had just become the ninth state in the U.S. to legalize what's called Medical Aid in Dying that allows you to get a prescription from your physician for life-ending drugs, if you meet certain conditions, which he did. So he needed me to help him qualify for that law.

Again, it didn't come as a total shock, because ALS had really wrecked his body for the prior year. He was a super active guy, and ALS  left him trapped in this brown leather recliner in his girlfriend's living room, and he couldn't do any of the things that had given his life meaning. So it was shocking in some ways to be asked, but ultimately, of course, I helped him.

So the story really is about that journey of his life, and then ultimately his death, and my role as a daughter in helping him qualify for this law and ultimately use it. And of the ... beautiful death that he could have as a result of that ability.”

Can you talk about the place your father wanted to die? It was a beautiful place that meant a lot to your father.

Esmé E. Deprez: “My dad bought a house in Deer Isle, which is very close to Acadia National Park, about halfway up the coast of Maine. It's not where he or I grew up. We grew up further south, but it's this wonderful bridged island. There's just a few thousand people that live there. And it's primarily a fishing community — people who live their lives on the ocean, lobstering and getting all sorts of other animals from the sea. My dad had actually discovered this area back in the 1990s, when he was working on a rural health project nearby, and he loved it and bought a house back in 2010. 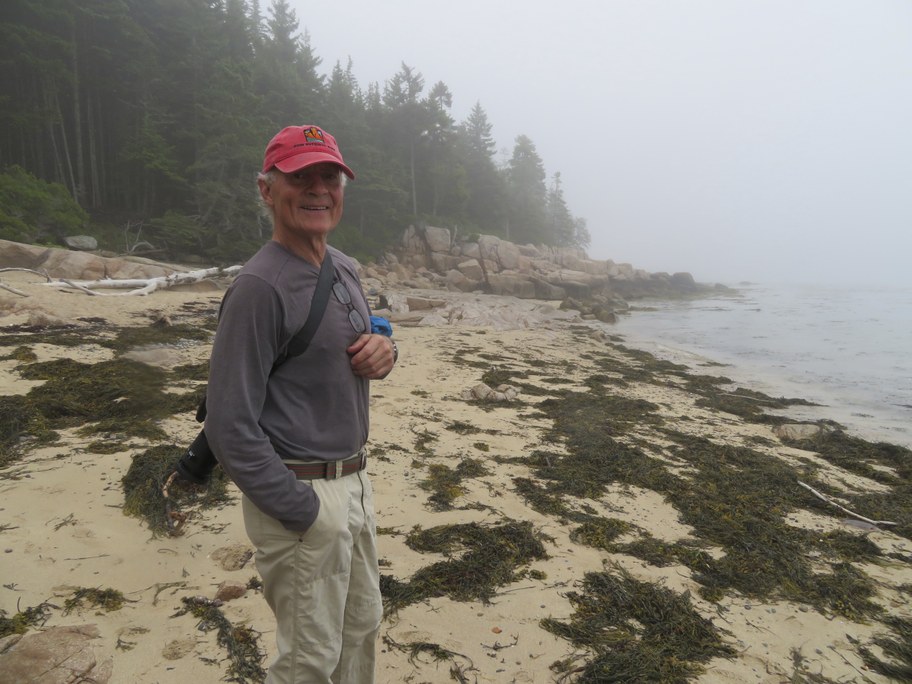 It was just a shell back then, but he spent the better part of a decade building it into a home. It looks out on the water. You can dig clams off the back steps, and it was his favorite place in the world, and it's become my favorite place in the world too. And that's where he wanted to die. So we were able to give him that gift of being able to die there. So in his final days, we were able to take him up to Yarmouth so he could die, essentially where he wanted.”

In March 2020, Esmé E. Deprez received a text from her father. Suffering from ALS, Ronald David Deprez had had enough.

Death and dying are inevitable and a natural part of life’s cycle.