This piece was written for the KCRW music documentary podcast Lost Notes. This season, the poet and cultural critic Hanif Abdurraqib explores a single year: 1980 - the brilliant, awkward and sometimes heartbreaking opening to a monumental decade in popular music. You can find all the episodes from Lost Notes: 1980 here. Support KCRW original programs like Lost Notes by donating or becoming a member.

In the spring of 1980, producers set out to bring Minnie Riperton back to life.  They were armed with a disparate arrangement of prerecorded vocals, and a host of willing guest stars, She had died one year earlier, after a years-long battle with breast cancer. She had left behind scraps of recordings from past sessions. They weren’t very cohesive, and under many other circumstances, they would have been disposed of. But producers had an idea. They would latch on to the waves of grief and sentimentality that had taken over after Minne’s passing. They knew they could put the vocals over new arrangements. Call up some of Minnie’s old friends and collaborators. And like that, there would be an album that sounded new. An album that might, if they were lucky, hit the charts with a ferocity that no Minnie album had before. 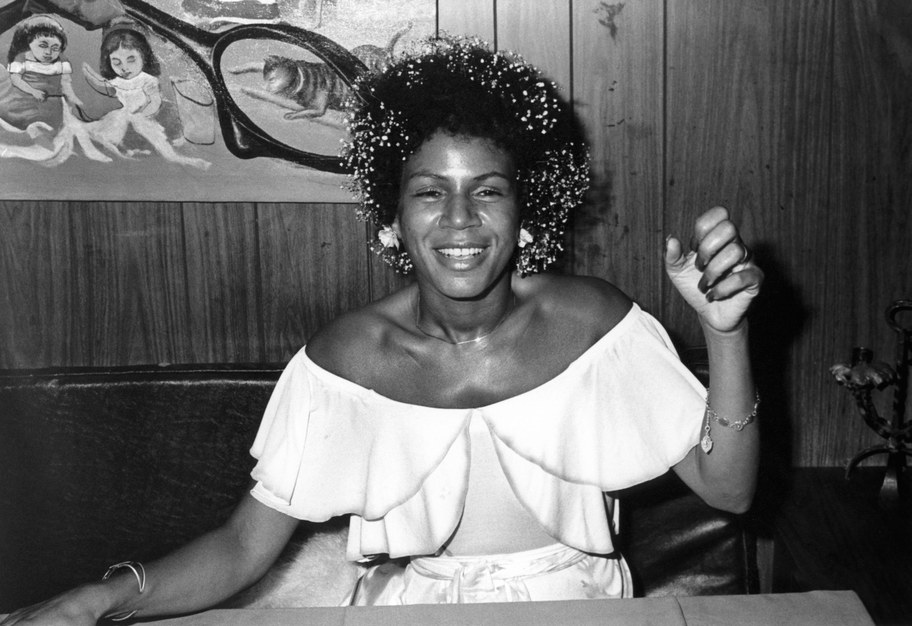 The casual music fan may know Minnie Riperton best not by a song, but by a song within a song. “Lovin’ You” came out in 1974. At the three-minute mark of that tune, a perfect piercing note unfolds over the birdsong and the dreamlike electric piano. A note arriving late in a song that felt like it had already done its work. To get the magic of that note near the song's conclusion … it makes listening to the song feel like the slow unwrapping of a gift – undoing the ribbons and tearing off the paper before opening the box. The piano is played by Stevie Wonder. He produced the whole album –  “Perfect Angel” – but he used a pseudonym: “El Toro Negro.” It was to avoid a contract dispute with his label, Motown Records.

Some other casual fans may know Minnie Riperton best not by a song, but by her daughter, Maya Rudolph. Rudolph played in the studio as Riperton recorded “Lovin’ You.” Riperton sings her daughter’s name repeatedly in a lullaby as the song fades away on the album version. Producers cut it from the single version, worried that listeners might mistake the name for some kind of religious chant – anything sung over and over again with enough determination and affection must be summoning a power not of this world. 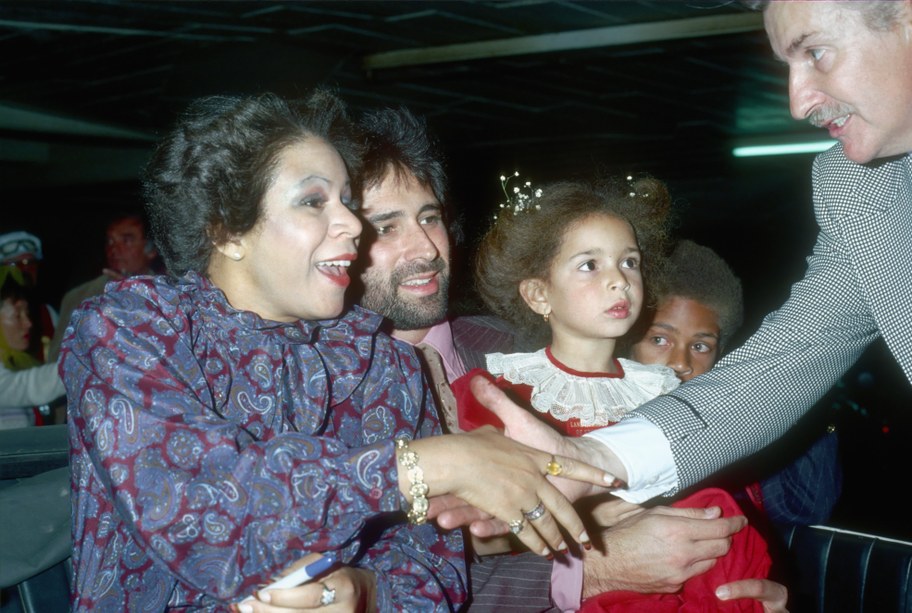 “Lovin’ You” topped the American pop songs chart for one week in April 1975. Even now, I lean forward when I know the note is coming, as I did when I heard it the first time as a child. When I would be sitting on a couch lined with plastic, during a hot summer. Pulled to the edge of a seat by song, feeling the couch’s hot plastic peel off the back of my shirt. If there is to be an artist known primarily for a single moment in a single song, it should be a moment that transforms the geography of its listeners. A moment that drags us back to a place where we maybe loved the world differently, or at least loved a part of the world so much that we wanted to sing its name endlessly, religiously.

*To celebrate the release of Lost Notes Season 3, join KCRW for an epic conversation about the albums that made a forever stamp on 1980. At the virtual table will be Lost Notes S3 host Hanif Abdurraqib, KCRW DJs Anne Litt and Eric J. Lawrence, Music Journalist and Historian Dart Adams, and YOU. RSVP HERE!

“Perfect Angel” sold slowly at first, but as “Lovin’ You” began to rise up the charts, so did sales for the album. Riperton went on American Bandstand. She went on late night talk shows. She went on Soul Train and sang “Lovin’ You” with a flower blooming out of her afro, and her eyes closed the entire time. By 1975, Epic records was on board, and eager for another album.

But then came January of 1976. Minnie was given six months to live.  By the time the breast cancer had been diagnosed, it had already metastasized. Minnie continued touring and recording. She was open with the public about her cancer, but didn’t publicly share that she was terminally ill. In 1978, She starred in a breast cancer awareness commercial where she folded her hands over her chest while sitting at a piano and telling audiences that she found out about her cancer just in time. She said she’d gotten the help she needed.

A year later, her health began to visibly deteriorate.

In May 1979, Minnie was on stage at the Mike Douglas show. She was recording the song “Memory Lane”, to promote her fifth album, “Minnie.” Her voice is as radiant as ever, but it was clear she was struggling. She was upright, but clearly the toll of a long battle had worn her down. One hand holds the microphone while her other arm is entirely affixed to her side, unable to move. She is barely mobile, but for some enthusiastic swaying every now and then. Around the two minute mark of the song, her voice ascends to that familiar siren-like pitch, and Minnie holds the note for as long as she can before leaning backwards into the purple lights of the stage. She pauses a moment to let the instrumentation swell, and then she swings back into the note again. this time with slightly less volume, but just as much accuracy. During the broadcast of the show, the camera cut away from Minnie and showed the audience a brief montage of photos – various shots of Minnie in the arms of her husband, Richard Rudolph. When the camera returns to Minnie it is at the exact moment where she is swinging her head back and forth and singing the lyric I don’t want to go. Which unlocks the song's final act, ending with Minnie, almost pleading: Save me, save me, save me.

She was confined to a hospital bed less than a month later, and was dead by July. She was 31 years old. The Mike Douglas performance haunts. It is the performance of a woman who is at the end of a fight that she doesn’t want to be at. Someone who is reaching for any possible way to stay alive. 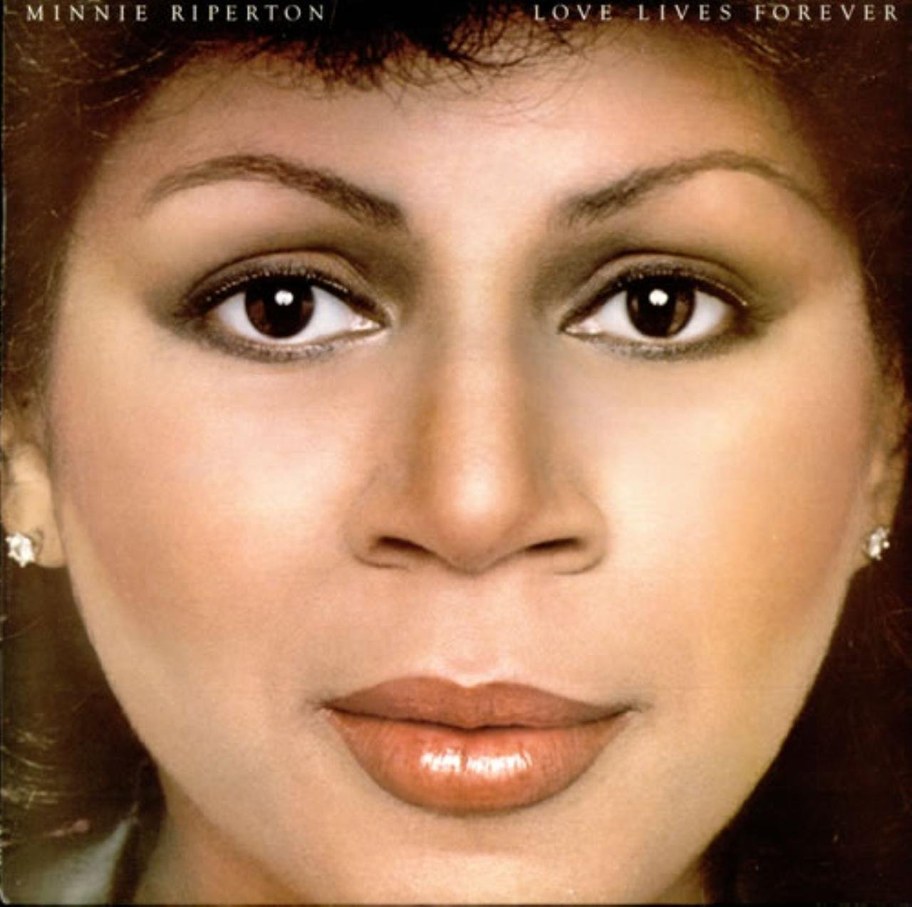 The posthumous album is a tricky business. Sure, the music is in the hands of people who claim to know what the artist may have wanted, but there is no artist on the back end of that. There are no desires being laid out in real time. It is a tapestry of well-meaning guesses, set to music. This is how “Love Lives Forever” was arrived at in 1980. Producers lifted Minnie’s vocals from earlier tracks that she had recorded in 1978 and 1979 in vocal sessions for previous albums, and then rearranged the tracks with new arrangements, new musicians, and new vocalists to pair with Riperton.

The posthumous album is also an exercise in sentimentality. To say, yes, how beautiful to hear Minnie’s voice singing again. Singing a song I’d never heard her sing before. Yes, there is the photo of Minnie’s face on the cover, a half-smile, a perfectly arched eyebrow, two glistening earrings – a shot so close it feels like Minnie is with you, again in the living world. There is that operatic high note on “I’m in Love Again,” unmistakable and once again twirling over a flute solo as it did on “Lovin’ You” six years earlier. The problem, when dabbling in sentimental exercises of posthumous musical variety, is that it can’t also feel like an attempt to cash in on the memory of a beloved artist. It can’t feel crass, or haphazard. On “Love Lives Forever,” even the guests can sometimes feel like ghosts, slotted in lazily to fill silences. At the end of the aforementioned “I’m In Love Again,” there is Michael Jackson, drifting through the background almost unnecessarily, in a way that suggests his only purpose on the song is to have his name in the credits of the album. A Stevie Wonder harmonica solo, magic as it is, feels shoehorned into “Give Me Time.”

Sure there are moments where it all clicks. The sprawling “Here We Go,” a 7-minute song that opens the album, where Peabo Bryson and Roberta Flack accent Minnie’s vocals, carrying her on their shoulders instead of trying to make their own way, or disappear into the background. “You Take My Breath Away” feels like a proper duet, George Benson taking his cues from Minnie as if she was in the room with him.

But musically, the album feels rushed. A stapled together effort that doesn’t do justice to the already underappreciated vocal brilliance and dexterity of its central artist. When done right, a posthumous album is both a satisfying close to a life, and an improvement on a legacy. “Love Lives Forever” comes out chaotic, restless, and easily forgettable. But, in its final moment is “The Song Of Life,” which Minnie is joined by Patrice Rushen.

Rushen and Riperton’s voices, when in harmony, sound almost indistinguishable. The song is simple and joyful, relying on a repetitive loop of “la, la, la / come sing the song of life” – it is the kind of song sung by someone who once felt like they had a long life in front of them. Yes, it is filled with clichés about touching stars and chasing dreams, but it is the one song on the album that brings forth the same emotions for me that Minnie’s final performance on the Mike Douglas show did. The understanding that when she lived, she had a vision for herself beyond her pain, beyond any illness. That she wanted to hold her children while reading them books. That she wanted to sit among a field of flowers, that she wanted to smile her unmistakable half-smile while looking up at the vast outer space. The four minutes of this final song are where the album’s greatness rests. Where it sits at the exact intersection of longing, joy, and unshakeable grief. Minnie, who fought endlessly, and still left us too young, singing about the dreams of living. Dreams that might seem simple to someone who doesn’t know when they’re going to die. When the song begins to fade, Riperton’s voice fading with it – when it becomes clear that this is it, the album is done and so is our time with Minnie. When it becomes clear that she couldn’t be saved, and all we have left is a messy, haphazard attempt at forcing her beauty to linger, then —- a newer, brighter grief begins. 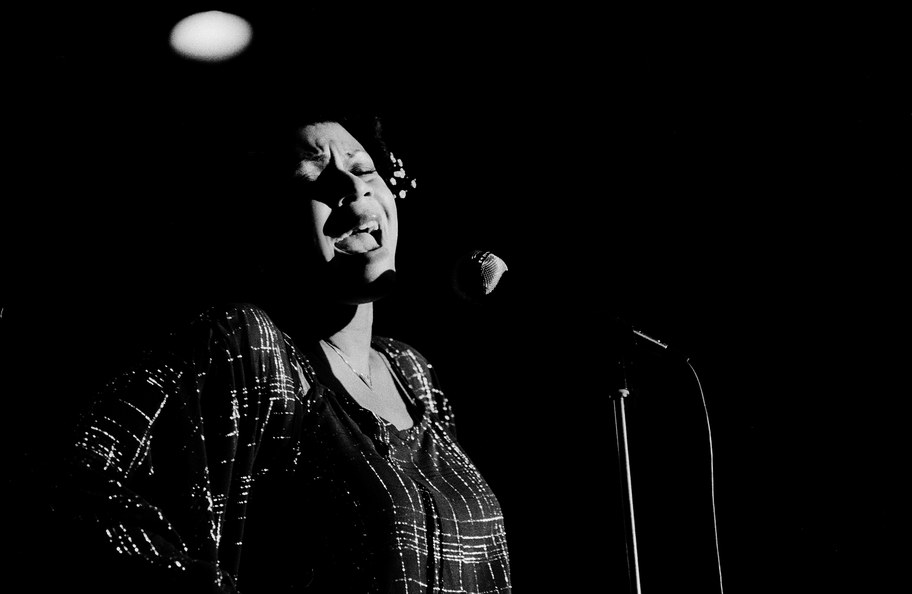 This story was written and performed by Hanif Abdurraqib.
The senior producer for Lost Notes is Myke Dodge Weiskopf.
The show’s creator and executive producer is Nick White. He also edited this piece.
KCRW’s USC-Luminary fellow is Victoria Alejandro, and she provided production support for this series.
Additional thanks on this episode to Sheila Simmons and Al Banks.