Philosophers, Fiddlers and Fools: A Farewell Here's how it began. Go back to a grey afternoon in December. It's 1978. KCRW is located in the playground of a junior high school, across the street from Santa Monica College. When you open the door, you're immediately inside the station's only broadcast studio. 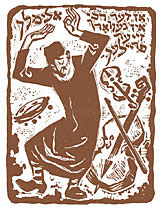 We have the oldest radio transmitter west of the Mississippi. Our equipment is old, too; it's in constant need of repair. Our office is a narrow one-room jumble of scarred school desks.

We are building a new kind of radio station and trying different kinds of ideas. We are full of dreams and plans and hope.

We are fearless. After all, we have little to lose.

The notion of presenting a 3-hour program celebrating "Yiddishkeit" and anchoring it to the secular holiday of Chanukah didn't seem very promising, even to me. But I wanted to do it anyway. I assumed that it would be a one-time event. In fact, I didn't do much planning. I counted on being inspired as I went along.

It wasn't difficult to get material in those days. There were several sources in town that carried Yiddish records and tapes. I could call upon a childhood of studying Yiddish, reading wonderful writers who created a world of small villages, of peddlers, matchmakers and holy fools. 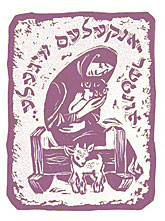 My parents had come from different parts of Eastern Europe, before they were 20. They met at New York's New School for Social Research, which offered college-level courses to new immigrants. They read American literature and history; they went to lectures and concerts. They attended school at night; by day they worked with their hands. They were part of a dynamic working class. Their friends engaged in lively political debates around our kitchen table.

They were my link to the world of Yiddishkeit, a world that was being destroyed as I was growing up.

I wanted to do this program as an act of love and respect, an homage to a culture and its people—my people—to their indomitable spirit, their irrepressible humor and inventiveness, their capacity for wonder, endurance and faith.

We began the broadcast at noon. I spoke in Yiddish and translated into English. I played music and tapes of stories by Isaac Babel and Isaac Bashevis Singer.

As the afternoon wore on and the day grew darker, the phones stayed silent. In the hours that passed, not one phone call came in. I assumed—all of us there, that day, assumed— that we had lost the audience.

Oh well, I thought, it was only an experiment. Next year, we'll do something else. 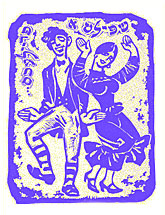 People waited until a line was free, just to say "thank you." Some were crying; others wanted to tell their own story; each call was emotional. We were a handful of individuals, in a little bungalow inside a deserted schoolyard, stunned and overwhelmed by the response to the program.

In the years that followed, the show kept its original format and its original vision. I went from long-playing records and tapes to CDs to digital versions. Many of the best recordings went out of print; most of the record stores closed their doors. This year Hatikvah Records, the last remaining stronghold on Fairfax Avenue, fell victim to the gentrification of the neighborhood.

There is a moment when you know that it's time to close up shop. This is the last year of Philosophers, Fiddlers and Fools. The Internet has meant that the program is no longer ephemeral, as originally intended. It exists online and is available on our website.

This last program is dedicated to the late French writer, Andre Schwarz-Bart, who died on September 30th at the age of 78. His masterpiece The Last of the Just embodies the spirit that inspired the program. I always read from its closing pages in the memorial segment.

Schwarz-Bart wrote the novel as a young man, an unlikely survivor of the Holocaust. He wrote it in winter, in the Paris central library, because his small room had no heat. It won the Prix Goncourt, France's Pulitzer Prize, when it came out in 1959. It is a book that bears witness to the unbearable.

Ever since that first broadcast, I've presented Philosophers, Fiddlers and Fools live, on a Friday afternoon during Chanukah. It's had a spectacular run – 28 years on the air! 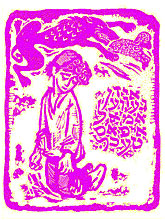 Each year I've searched for new stories, songs and singers, to re-invent and refresh the program. This year I won't look for new material. Instead I'll choose old favorites from a now extensive collection of Yiddish folk music. We'll hear again Singer's own marvelous reading of his comic story A Friend of Kafka's. We'll present, one last time, our 2nd Avenue "Hit Parade," playing music that came out of the boisterous Lower East Side and made it to Tin Pan Alley.

I want this final edition to be a celebration of all the years in which the program became an important touchstone for so many listeners from different backgrounds and cultures.

I want to celebrate those of you who have followed it over time because it reminded you of a grandparent, of a lost home and family, of a language you hardly knew you knew.

Please join me for this final edition of Philosophers, Fiddlers and Fools. Thank you for the opportunity to present it for so many years. It's not just been a privilege; it's been a joy.

"Andy Statman's Journey," a new radio documentary commissioned by KCRW, takes listeners on a musicial and spiritual odyssey with the New York virtuoso who has been wowing bluegrass, klezmer and jazz audiences for 40 years. Statman is widely considered one of the most gifted mandolin players on the planet and has left audiences shaking their heads at his blistering bluegrass picking and poignant waltzes. But he is equally acclaimed as a clarinetist in the klezmer and jazz scenes. For more than ten years, Statman has been playing jazz versions of chasidic melodies on his clarinet. A chasidic Jew who lives in one of Brooklyn's religious neighborhoods, the 56 year-old musician has been the subject of several radio stories by Manhattan-based independent producer Jon Kalish, who had previously been commissioned by KCRW to prepare radio documentaries on such New York characters as Jimmy Breslin and Spalding Gray. The program includes interviews gathered over a period of 13 years and music from two recently released Statman CD's, as well as un-relased albums and field recordings at a New York synagogue where Statman's trio has performed for the last seven years. "Andy Statman's Journey" provides a portait of a brilliant but uncompromising artist who is more devoted to following his muse than navigating the commercial music world. Among those heard from in this half-hour documentary are the respected jazz pianist Kenny Werner and bluegrass standout Ricky Skaggs, who describes Statman as "John Coltrane and Bill Monroe poured into one person."