American dissent on Ukraine is dying in darkness 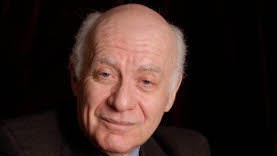 As the death toll in Russia’s illegal invasion of Ukraine continues to rise, there have only been a handful of Westerners publicly questioning NATO and the West’s role in the conflict. These voices are becoming fewer and further between as a wave of feverish backlash engulfs any dissent on the subject. One of these voices belongs to Professor Michael J. Brenner, a lifelong academic, Professor Emeritus of International Affairs at the University of Pittsburgh and a Fellow of the Center for Transatlantic Relations at SAIS/Johns Hopkins, as well as former Director of the International Relations & Global Studies Program at the University of Texas. Brenner’s credentials also include having worked at the Foreign Service Institute, the U.S. Department of Defense and Westinghouse, and written several books on American foreign policy. From the vantage point of decades of experience and studies, the intellectual regularly shared his thoughts on topics of interest through a mailing list sent to thousands of readers—that is until the response to his Ukraine analysis made him question why he bothered in the first place.

In an email with the subject line “Quittin' Time,” Brenner recently declared that, aside from having already said his piece on Ukraine, one of the main reasons he sees for giving up on expressing his opinions on the subject is that “it is manifestly obvious that our society is not capable of conducting an honest, logical, reasonably informed discourse on matters of consequence. Instead, we experience fantasy, fabrication, fatuousness and fulmination.” He goes on to decree President Joe Biden’s alarming comments in Poland when he all but revealed that the U.S. is—and perhaps has always been—interested in a Russian regime change.

On this week’s “Scheer Intelligence,” Brenner tells host Robert Scheer how the recent attacks he received—many of a personal, ad hominem nature—were some of the most vitriolic he’s ever experienced. The two discuss how many media narratives completely leave out that the eastward expansion of NATO, among other Western aggressions against Russia, played an important part in fueling the current humanitarian crisis. Corporate media’s “cartoonish” depiction of Russian president Vladimir Putin, adds Brenner, is not only misleading, but dangerous given the nuclear brinkmanship that has ensued. Listen to the full discussion between Brenner and Scheer as they continue to dissent despite living in an America that is seemingly increasingly hostile to any opinion that strays from the official line.