Growing Up Among the Great American Rebels of the 60s The Beat movement, synonymous with now-household names such as Allen Ginsberg, Jack Kerouac and Dennis Hopper, is what Tosh Berman, son of the Beat artist Wallace Berman, calls “a collection of misfits.” In his recent book, titled “Tosh: Growing Up in Wallace Berman's World,” Berman details what his childhood was like surrounded by the rebel artists that shaped a generation.

"I was a kid running among … these, quote unquote, giants of culture of that time,” Berman tells Truthdig Editor in Chief Robert Scheer in the latest edition of Scheer Intelligence. “The fact is, through my eyes as a child especially, it was really just a collection of misfits of sorts. All artists, or poets and writers, who somehow did not fit into, at the time, the mainstream America at the time.”

Throughout the engaging conversation, Scheer, who once worked at City Lights, the independent bookstore that published Berman’s book, reminisces with the writer about this concept of “misfits” and how despite often contradictory political views, these artists came together with the determination not to “sell out” at a time in which they felt increasingly marginalized from American society in one way or another. Ginsberg, for example, wrote about being openly gay during an epoch in which being gay was considered a crime.

“[Your book is] about a time that you want to know about, because it’s when art mattered,” says Scheer, “when it wasn’t done for billionaires, when it wasn’t dependent upon kissing the tuchus of people who own big galleries or sit on big art boards. These guys, they were the Wild West, as writers, as graphic artists.”

Berman also discusses his father’s life and work, as well as his political views, which inevitably seeped into this artwork. Wallace Berman, explains his son, is considered the “father of California assemblage art,” and his best known for a work in which “a singular hand [is] holding a transistor radio, like a Sony radio, and there’s images inside the radio.”

Listen to their discussion to learn more about Tosh Berman’s memoir, a book Scheer calls “a love letter to your family.” 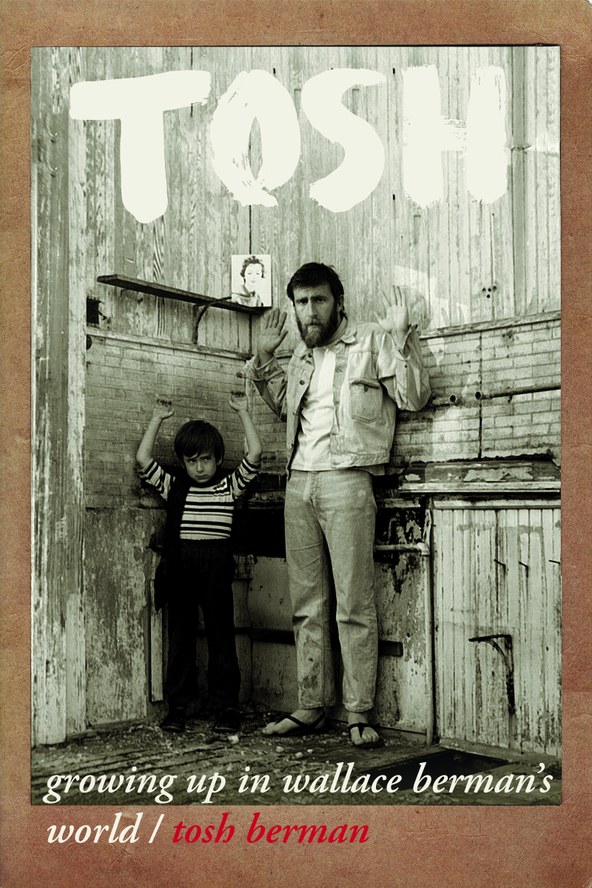