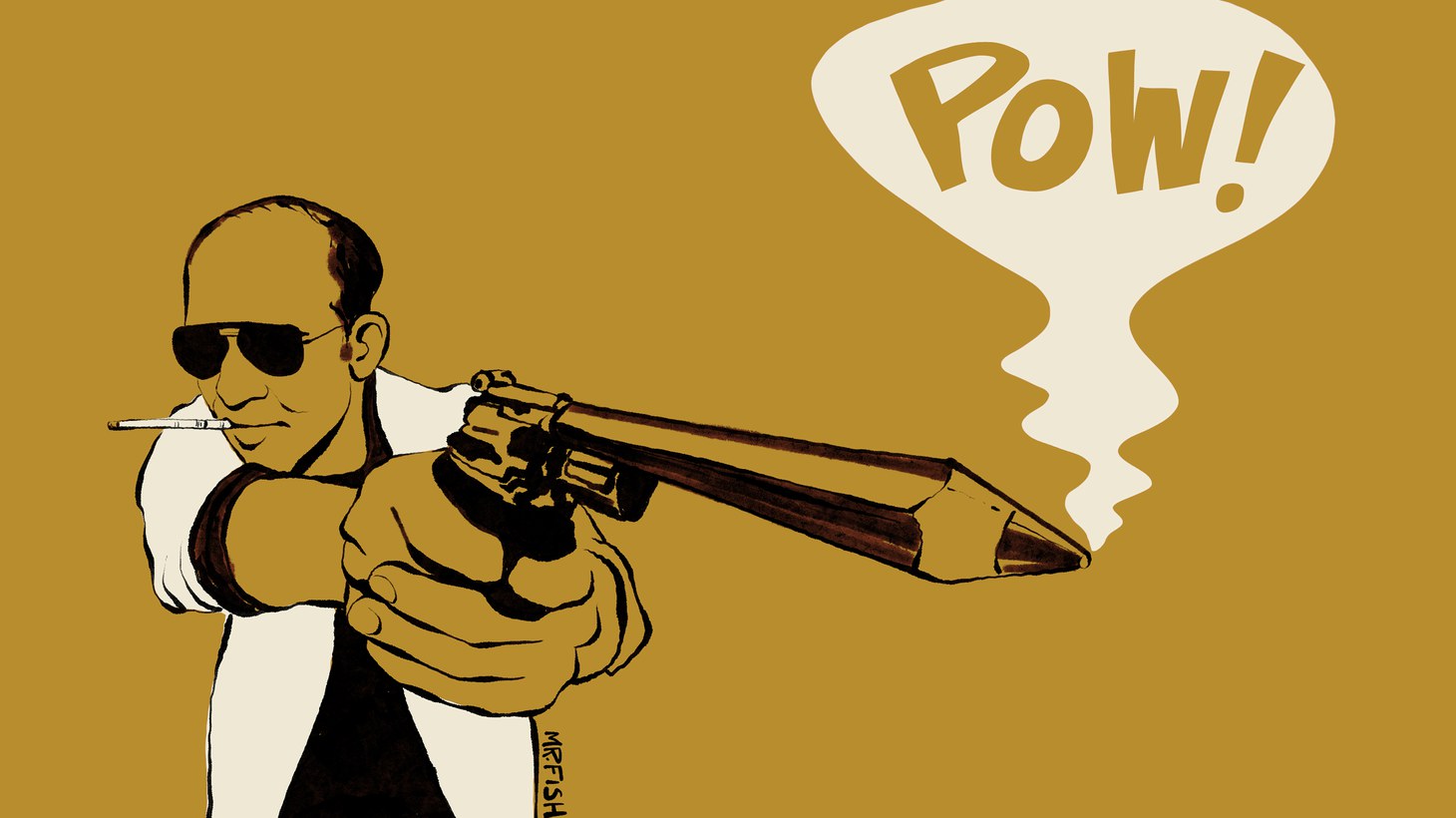 Hunter S. Thompson, the co-founder of Gonzo journalism best known for his book “Fear and Loathing in Las Vegas,” is a legend in American letters. His reporting for Rolling Stone, in which he developed the subgenre of New Journalism that later became known as Gonzo because of his willingness to insert himself into the stories he was reporting, is studied in journalism schools across the country.

Other significant works by Thompson include his early iconic piece “The Kentucky Derby Is Decadent and Depraved,” as well as “Fear and Loathing on the Campaign Trail '72,” a collection of his Rolling Stone coverage of Richard Nixon's 1972 reelection campaign—in which he made no secret of his support for progressive candidate George McGovern—and his 1967 book about riding with the Hells Angels motorcycle gang.

Author and historian Peter Richardson, however, worries that, “in some ways, the things that made [Thompson] important in the first place have been lost [as he’s] been turned into [a] cartoon character.” That’s one of the reasons Richardson, who has documented great figures and moments of the 1960s and ‘70s in several books on former Nation editor Carey McWilliams, The Grateful Dead and Ramparts Magazine, decided to explore Thompson’s life and work in his latest book, “Savage Journey: Hunter S. Thompson and the Weird Road to Gonzo.”

Richardson joins Robert Scheer on this week’s “Scheer Intelligence” to talk about how Thompson changed journalism as we know it. Scheer, who knew Thompson, cites Richardson’s work as producing “Hunter Thompson as a serious literary figure, as a major journalist, and, most important, as an uncompromising if difficult spirit.”

The “Savage Journey” author tells Scheer about why he had a “running start” with his latest book, and also how the other figures he explores in the book, such as Warren Hinckle, Jann Wenner and Ralph J. Gleason, were not only vital to Thompson’s work, but to shaping the movements of the 1960s and 70s.

Listen to the full conversation between Richardson and Scheer as they discuss the counterculture movements that Thompson helped birth as well as the journalist’s untimely death in 2005.