Jorja Leap has spent much of her career as an academic and professor at University of California, Los Angeles writing about men trapped in America’s obscene prison industrial complex. Leap recently realized, however, she’d been overlooking another urgent issue that most Americans also neglect: the plight of women who have been incarcerated. In her latest book, “Entry Lessons: The Stories of Women Fighting for Their Place, Their Children, and Their Futures After Incarceration,” the sociologist and psychological anthropologist amplifies the voices of women and families who have suffered their country’s cruel crime policies. In a large number of cases, these women are stuck in jail because they are unable to pay bail—in other words, because they are poor.

On this week’s “Scheer Intelligence,” Leap joins fellow Angeleno Robert Scheer to discuss California’s female prison population and the scholar’s must-read new book. Focusing not just on what happens in jails and prisons but what occurs upon reentry, Leap reports with a keenly humanitarian perspective on how these women’s trials and tribulations can often be as difficult if not more so once they’re free. A shocking lack of reentry programs and immense legal obstacles to reuniting with their children are just some of the many problems the scholar and  Scheer discuss on the show.

As Scheer points out throughout the conversation, the trauma caused to these women and children by our so-called justice system ends up increasing crime rates. It’s also very clearly not in keeping with the “pro-family” stance many of our leaders on both the right and left purport to advocate. Scheer and Leap also discuss Susan Burton’s “A New Way of Life,” a reentry program created by Burton—who has also been a guest on Scheer’s KCRW show—after her own struggles behind bars and in the outside world.

Offering hope in the form of stories like Burton’s and others throughout “Entry Lessons,” Scheer declares Leap’s book to be essential reading for all Americans who need and want to understand this homegrown problem and the policy changes we all must all fight for. Listen to the full conversation between Leap and Scheer as they shine a much needed light on one of the greatest domestic tragedies in America today. 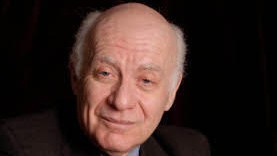