When 26-year-old Devi Ramirez first got involved with Aztec dancing, it was a way to get out of the house. "My neighbor had told my mom that she started doing Aztec dancing because she wanted her kids to get out of the house and stop watching TV," she says. "And I overheard that and I kind of decided to go along with it too." It ended up shaping who she was — an undocumented student living in Los Angeles. And before taking up danza, she was ready to return to her native Mexico because of her legal status. "Just living in L.A. without documents is really hard," Devi says. "Just getting a job, you get exploited all the time. Even going to school was hard at the time. So I just kind of was losing hope." She tells us how a group of men, women and children are reviving the ancient dance in MacArthur Park's Recreation Center, and in return reviving who she is as an Angelena. 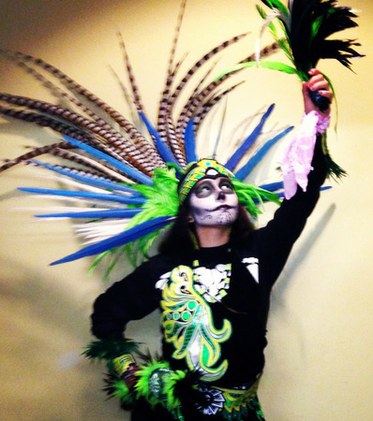