This is the story of Maureen "Mo" O'Neill. She spent her days mainly alone. She didn't have many friends, she was getting older, she didn't know who she was. After work she could never summon up the inspiration it took to get off the couch and leave the house. But that's when she discovered the solution that opened up the world to her, competitive air guitar.

Produced by Gideon Brower and Nick White. Thanks to Dan Crane and Eric Drachman.

You can see videos of Mo performing air guitar here or here. 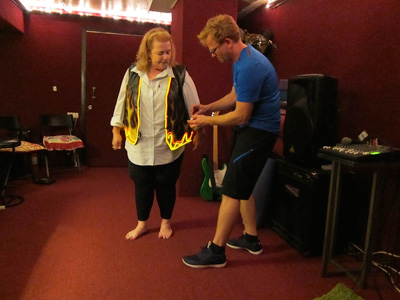 (This episode originally aired on UnFictional on March 11, 2014.)