How to negotiate podcast IP KCRW's Independent Producer Project and Misha Euceph, founder and CEO of Dustlight Productions, hosted a discussion about podcasting and intellectual property Saturday, October 10. It was moderated by KCRW’s Kristen Lepore.

Misha encouraged participants to think through their priorities — from ownership to control and compensation — and ask relevant questions like Do I need a lawyer? or Should I get an agent?

Here's an overview of what was discussed:

Should you get representation?

WAYS TO PROVE THE IDEA ORIGINATED WITH YOU

IN MAKING THE DEAL

Questions to consider at the negotiating table:

At the end of the workshop, Misha offered up a few exercises to get you thinking more deeply about these questions. Here they are:

Here is a list of questions covered in the digital workshop. 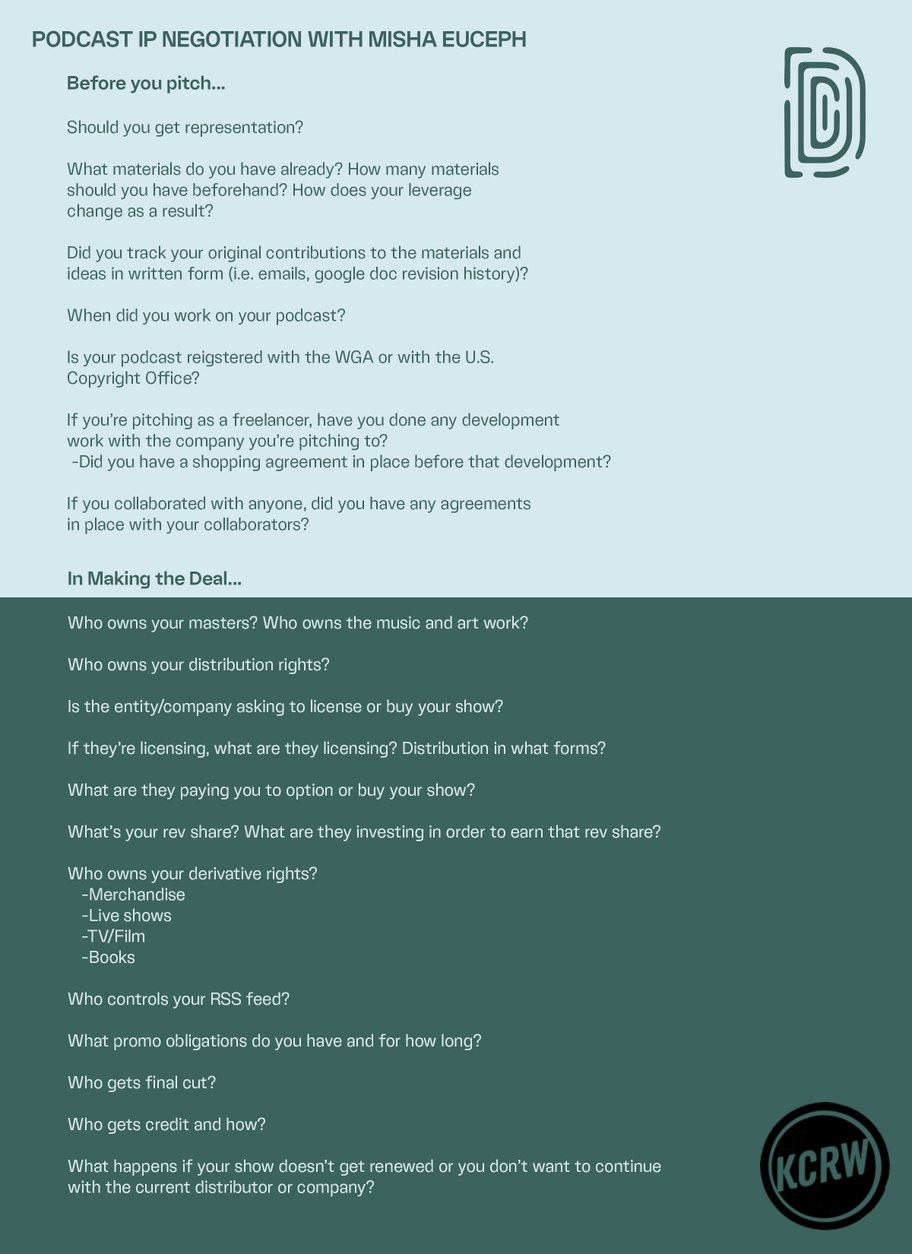