MLK – Activism and the Arts 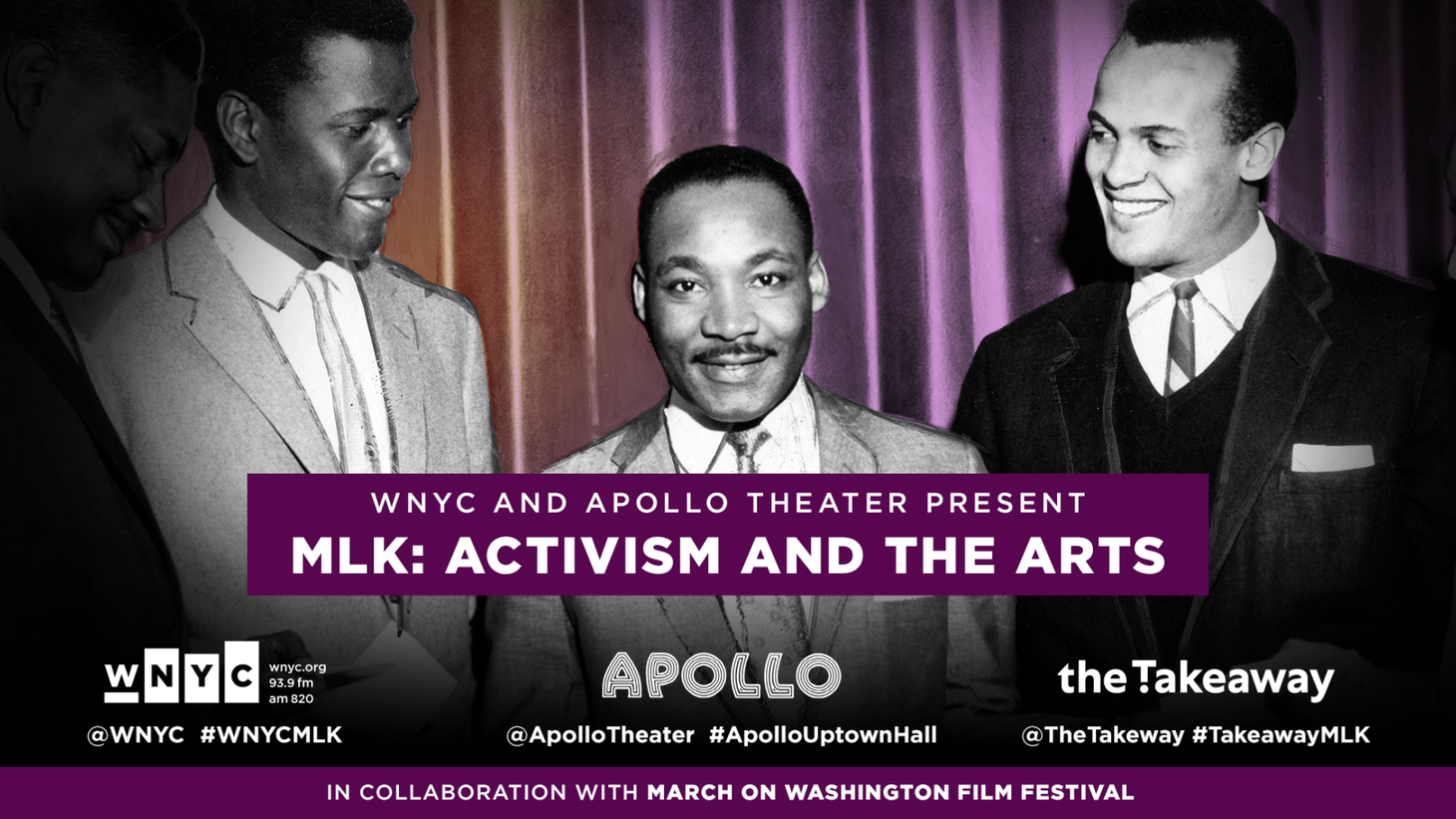 WNYC and The Apollo present WNYC’s 16th Annual Dr. Martin Luther King, Jr. Day celebration, “MLK – Activism and the Arts. This program is a special hour partnership with The Takeaway and is presented in collaboration with The March on Washington Film Festival.

This year’s discussion will focus on how Dr. King leveraged the influence of artists in the civil rights movement and how that legacy of activism in the arts continues today. Focusing on the long-standing connection between activism and artistry, participants will discuss how the struggle for social justice affected icons from Nina Simone to John Legend and how they, in turn, helped drive the struggle for social justice.