Lionel Ziprin passed away last week on New York’s Lower East Side. Rabbi Abulafia’s Boxed Set tells the story of Ziprin's grandfather, a New York City rabbi who recorded 15 LPs of Jewish liturgical music with the eccentric ethnomusicologist Harry Smith in the 1950's. Ziprin’s life mission was to find a record label to distribute these recordings. He was 85 years old when he died.  Today in his memory, we are rebroadcasting Jon Kalish’s award-winning documentary.

For more than two years in the 1950's, avant-garde ethno-musicologist Harry Smith recorded a Lower East Side Rabbi's cantorial music, folk songs and Yiddish story-telling. The Rabbi's eccentric grandson, 81 year-old Lionel Ziprin, is hoping to re-release a condensed version of this material. It's a holy mission for him. The program you are about to hear was produced for KCRW by Jon Kalish. It has been honored with this year's Gabriel Award recognizing programs that uplift the spirit, sponsored by the Catholic Academy for Communication Arts Professionals.

Santa Monica-based public radio station KCRW commissioned veteran New York City public radio reporter Jon Kalish to produce the documentary. Kalish has covered the Orthodox Jewish world for NPR and other news organizations for 22 years. He was producer-in-residence at KCRW in 2000 and has produced original documentaries on two other New York characters -- Jimmy Breslin and Spalding Gray -- for the station.

"To my ear, Ziprin sounds uncannily like the late Lenny Bruce. But, unlike the comedian, Ziprin hangs out at a Lower East Side yeshiva and his life has been a lot wilder," said Kalish, who shares a Manhattan loft with his painter wife and two Siamese cats. "Of the hundreds of radio stories I have done in the last 30 years, this is hands down my all-time favorite."

Kalish first met Ziprin in 1998 when one of the reporter's elderly Yippie friends introduced him to the man. Kalish did a short radio piece and a newspaper article about Ziprin's rescue of the fifteen LP's his grandfather, Rabbi Nuftali Zvi Margolies Abulafia, recorded with the eccentric Harry Smith. Kalish knew the story would make a compelling radio documentary. 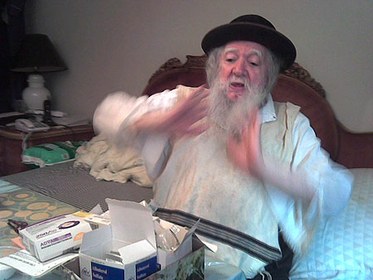 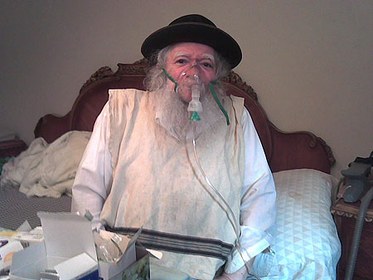