The U.S. Coast Guard – the fifth branch of the military – has suffered a string of potentially avoidable and sometimes deadly accidents, along with hundreds of millions of dollars in equipment damage, lawsuits from civilians and internal investigations that have questioned safety procedures.

CIR reporter G.W. Schulz examines the safety record of the Coast Guard dating back to 2000 and finds lapses in judgment and missed opportunities to strengthen safety standards to protect crew members and civilians.

Schulz introduces us to a Coast Guard pilot whose helicopter ran into transmission wires that weren’t properly marked. He also talks with the family of a Coast Guard member who died as a result of a risky boating maneuver. And he speaks to the former commandant of the Coast Guard about the service’s safety record. 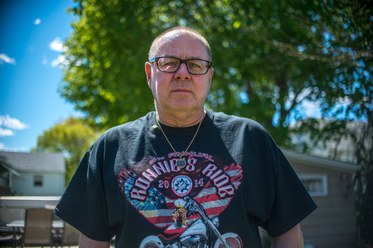 Ronald Gill Sr.’s son was killed in 2007 after being thrown from a boat while serving with the Coast Guard in Washington’s Puget Sound.
Credit: David DelPoio for CIR 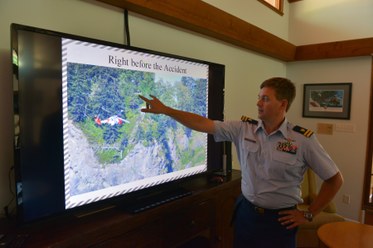