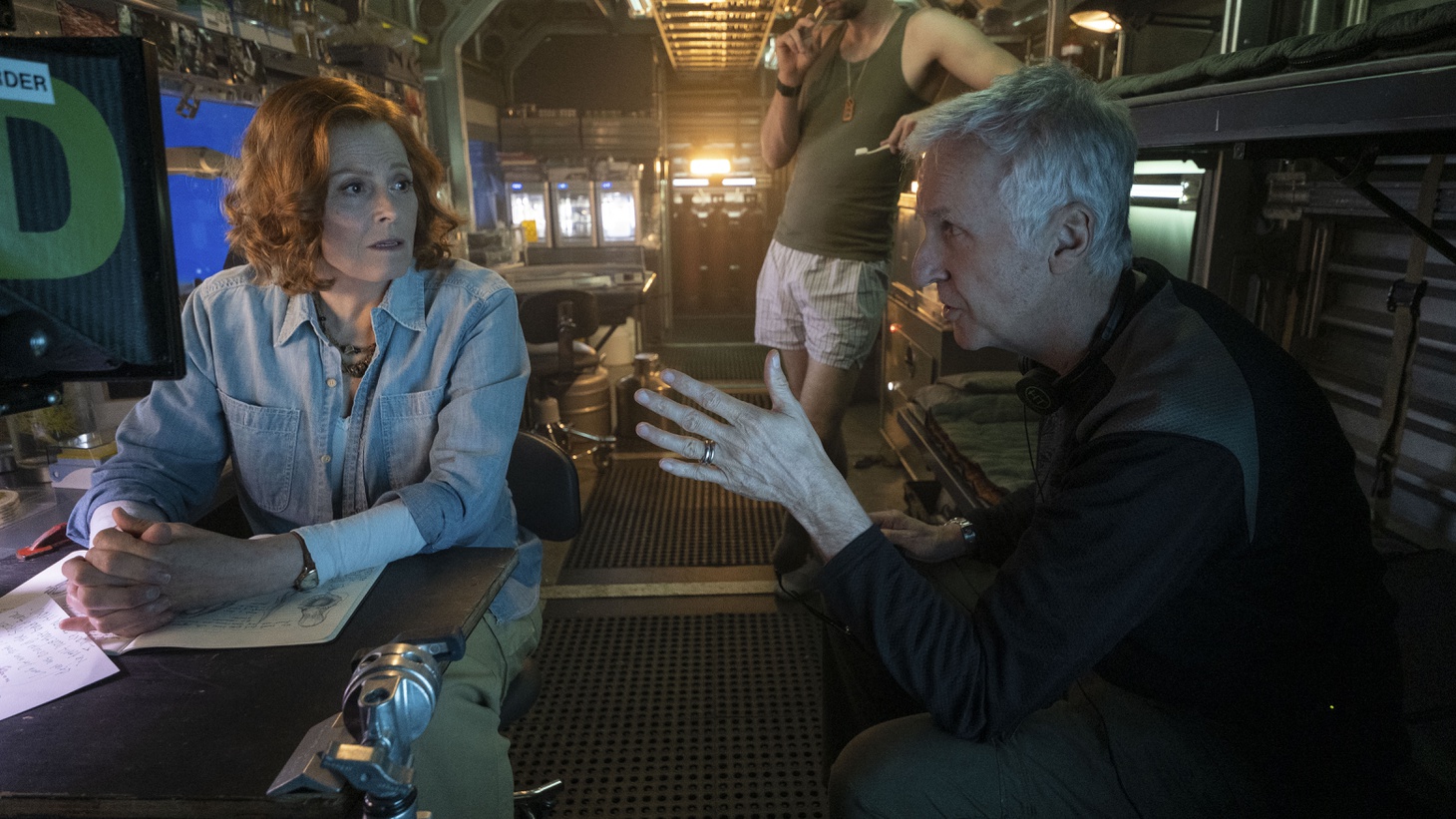 Skeptics of director James Cameron have bet against him various times, and failed. His filmography includes classic action sci-fi hits such as “Terminator” 1 and 2 and “Aliens.” But nothing silenced the doubters like “Titanic,” which conquered the world after many delays and a budget that blew up repeatedly and held the highest grossing film of all time, until he released “Avatar” in 2009. He once again faced skepticism with Fox almost passing on action-adventure-fantasy, which became the number one box office hit, and still holds that title. The original film was re-released in September 2022.

Now, Cameron believes box office success for “Avatar: The Way of Water” will depend, like his 1997 film “Titanic,” on repeat viewing. “It's not going to be about a big weekend, no matter how big that weekend is. People have to want to see it again,” he explains.

Since its opening in December the “Avatar” sequel has offered proof that audiences will flock to theaters in a streaming-dominated era. The film has grossed more than $440 million in North American and has surpassed “Top Gun: Maverick” for $1.5 billion globally this week.

Before the “Avatar” sequel hit theaters, Cameron said very publicly that it had to be a top-grossing film to make a profit. “Even a $200 million weekend the normal decay curve doesn't get us where we need to be,” he says. But his previous box office smashes may once again put him over the top.

And to help pay for the film’s $2 billion budget, he is counting on the film’s narrative along with its layered visuals that provide viewers “a sense of physical presence in the landscape and a lot of fractal detail.” He is also giving viewers an “emotional experience or [coming] out of the theater not quite able to quantify what you've just been through, which it's a difficult target to hit. I think we hit it.”

With four sequels lined up, Cameron says it was hard to cut a trailer that sold the second “Avatar” without giving away too much. “We went back and forth, and it was very collaborative, as we homed in on what we all felt was the final answer, which was the series of trailers that we dropped,” he says. “They were intriguing, and enigmatic, and they spoke to something kind of subliminal, as opposed to avert, which I thought was really pretty good.”

“Avatar: The Way of Water” picks up a few years after the first film left off. Sam Worthington’s character, Jake Sully, has become a chief of his Na'vi clan and has started a family with Neytiry, played by Zoe Saldaña in the distant moon of Pandora. Their community is thriving until it faces invading humans once again. The saga also features Kate Winslet, Cliff Curtis, Sigourney Weaver and Stephen Lang.

After innumerous delays, Cameron and his team focused on getting the film done. “It was down to the wire for us, it always is. The work seems to fill the time.” “Avatar: The Way of Water” was released in early December in London, then in the United States and elsewhere.

The sequel was a 13-year in the making with production starting under 21st Century Fox, until The Walt Disney Company acquired most of the studio’s assets in 2019, which by then had Cameron’s sequels planned.

So, in order to get everyone up to speed, the director opened the doors up to Disney. “Our attitude was absolute total radical transparency. Come down, hang out, send your people, get in the weeds. We'll talk you through it. If we have problems, we'll work it out as a team.”

But in 2020 management at Disney changed. CEO Bob Iger retired and Bob Chapek took his post. While Cameron says that didn’t affect the film’s production because his relationship was mostly with Alan Bergman, the studio’s head, there was a little apprehension as to the direction the new leadership would take.

“Of course, we were always curious about what the new emphasis would be, and whether we'd get caught in the vortex of Disney+ and talking about shortening windows and all that sort of thing,” he notes.

Production continued, and before Cameron could get to know Chapek, Iger returned to lead Disney in late 2022.

“I don't want to overplay it, but [Iger and I] always sort of saw eye to eye, so we're definitely pretty happy with the way things are working out right now,” he states. “For an arranged marriage, I would say it has gone about as well as you could conceivably ask for.”

In that relationship, Cameron believes Disney never had a “zero sum game”, and it put its global marketing machine and distribution behind the franchise. “They seem to be all in on trying to rebuild the theatrical business and all in on the [streaming] service and with their scale and their expertise,” he says. “Why not do both?”

With “Avatar: The Way of Water” cleaning up in theaters, Cameron once again made a film for the big screen, but he says he is open to making something for a streamer. “I'd love to be on it. I think streaming is an opportunity to do long form.”

That’s because for the “Avatar” sequel, he had to trim 30-40 minutes off. “I've always written more than we can conceivably pack into the box of a conventional movie, and I don't like all that interesting character development and interesting scenes getting chopped out, either at the scripting stage or in the post stage.”

Streaming also is an opportunity to collaborate. “I certainly have no dearth of ideas, and I like working with other filmmakers, like I did with Robert Rodriguez on ‘Alita: Battle Angel,’ he says. “It didn't quite make enough money to make everybody grinning from ear to ear, but we may revisit that IP, we hope to anyway.”

In the meantime, Cameron believes studios got caught up in the streaming trend, and started “throwing stupid money at it.” As such, he sees a shakeup coming.

“It seems to me now that the average viewer has to have eight or 10 different subscriptions to see everything, so it seems unsustainable on its face, like a big Ponzi scheme,” he states. “To me, I think there's going to have to be some consolidation.”

For Cameron and his team, the pandemic impacted the film’s schedule. Production was shut down for five months during the lockdown in 2020, and to continue filming, the shooting moved to New Zealand, which had very strict COVID protocols.

Another worry during that period was whether theaters would exist once he finished the project. “It was certainly a legitimate concern at that point, and even as we speak I don't even know where [theater attendance] is these days, but you could say somewhere between 75 and 80% of pre-pandemic levels, and it fluctuates based on surges in different areas in different countries,” he says.

Lower movie attendance also means a reduction of profit. “With the scale of budget that we have to knock 20 or 25% right off the top of your potential box office, [that] could be our margin, could be the difference between break even and not,” he adds. “So the whole thing is still up in the air.”

And with the film just out in theaters, Cameron notes a lot of metrics’ analyses are going to happen in the near future. “We have to be very analytical about the results and we have to project out whether there's an increasing curve of movie attendance over the next two years as well that we can anticipate,” he says. 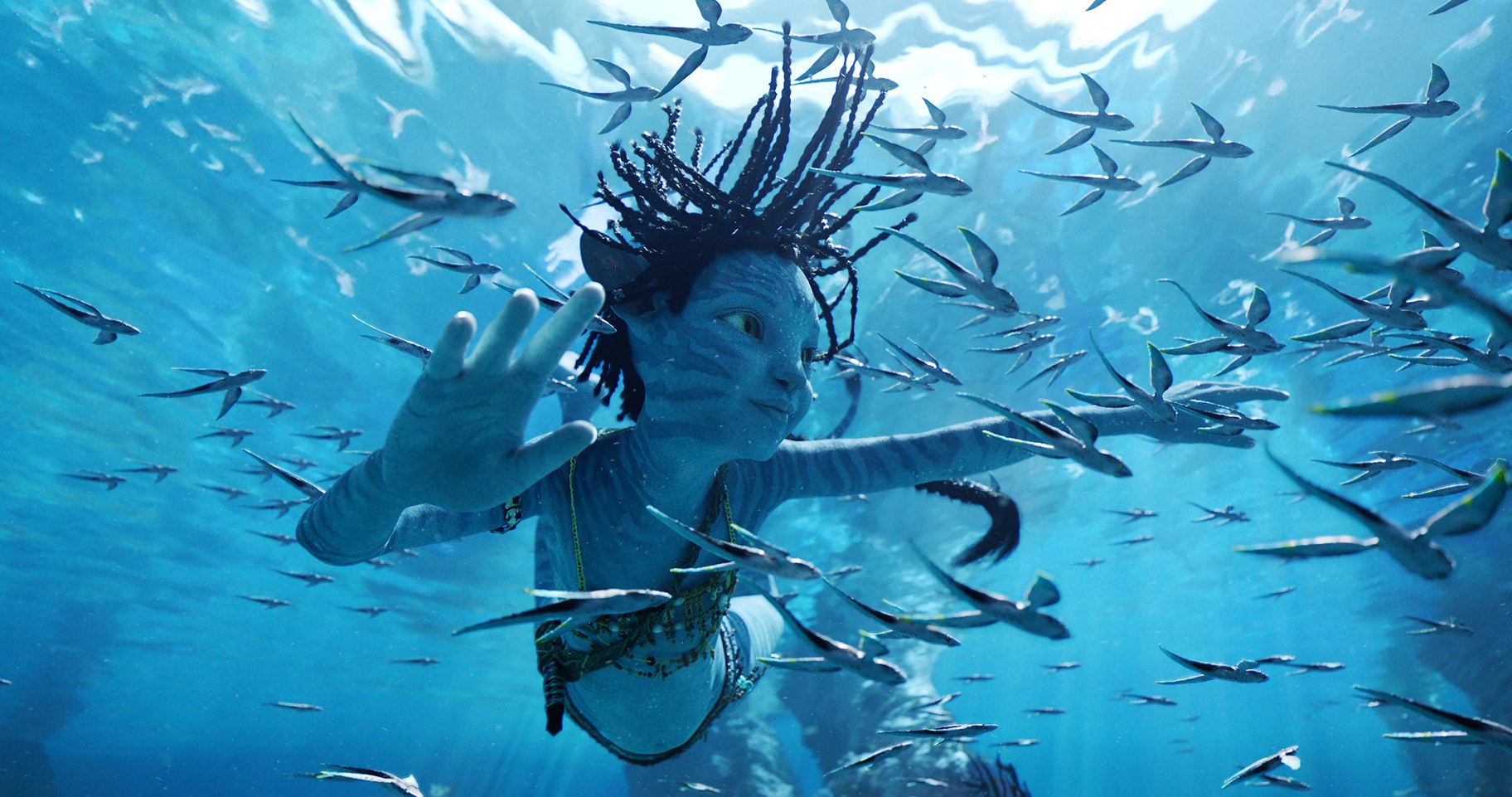 Despite all the challenges, Cameron and his team pulled it off, with the second sequel almost ready. “All the work with actors is done, all the capture work and all the live action photography is done,” he affirms. “We still have to go through the whole virtual camera process and the finish.”

He also has the first act of movie four, which has to do with the kids aging out of their characters. “[We’re] future-proofing ourselves.”

“Avatar: The Way of Water” ends without a cliffhanger by design, so that the third sequel could answer some of the questions and open enigmas left open on the sequel. Then, movies four and five “are grouped as a second meta narrative, and then there's a meta-meta narrative that runs across the whole thing. That’s how I break it down,” he explains.

As for the “Avatar” franchise, Cameron says some viewers have a love-hate relationship. “There's this idea now that it's unhip to have loved ‘Avatar,’” he says. “My experience is that people come in, in this kind of retroactive denial state, and then they watch a new movie, there's this revisionist thing, ‘Well, I never really liked it.” The thing is, we did pretty well for so many people not liking it very much, so I think the data is on our side on that.”