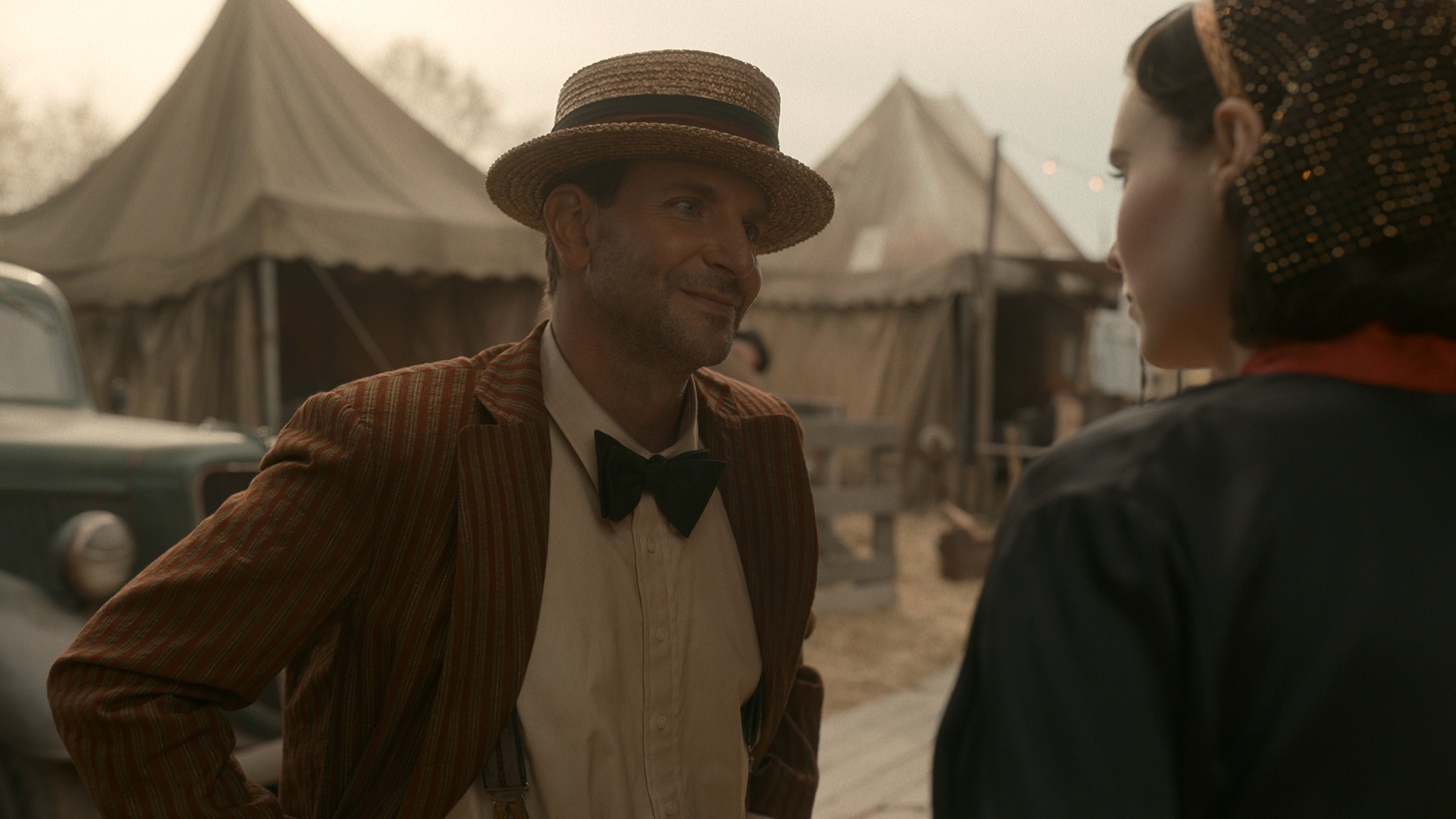 Bradley Cooper stars as carnival worker-turned-con man Stanton Carlisle in Guillermo del Toro’s “Nightmare Alley.” It’s one of two roles that has him in the awards race this year. The other is for playing producer Jon Peters in “Licorice Pizza.” Photo by Kerry Hayes/2021 20th Century Studios.

Bradley Cooper has eight Oscar nominations, and he’s in the awards race again this year for his roles in the films “Licorice Pizza” and “Nightmare Alley.” In an earlier episode of The Business, he talked about preparing for those very different roles.

But Cooper had much more to say about his experiences in the industry and the state of the business.

“On a personal level, in terms of how I can make a living has completely changed,” Cooper says.

On past projects like “A Star is Born,” Cooper has passed on an upfront payday and instead taken a piece of the profits. For that film and others, the gamble has paid off. But the industry has changed.

“Those days are completely gone,” Cooper says, “So, there is trepidation I have with that, no question. And I have thought: I really have to actively start thinking about other ways of making revenue that have maybe nothing to do with movie making.”

When asked what he’d do instead, Cooper jokes that maybe he’ll open up a pizza shop, though he’ll always keep making films.

Cooper also reflects on his early days in the industry and picking up filmmaking pointers as a background actor on the set of a Dell computers commercial and again when he had a breakthrough role in “Alias.”

And he shares how he experimented to find the perfect voice for Marvel’s memorable Rocket Raccoon.

“He started out like Bill the Butcher from ‘Gangs of New York,’ and then he turned into Joe Pesci meets Gilbert Gottfried.”

Next up for Cooper is “Maestro,” a Leonard Bernstein biopic he’s directing, co-writing and starring in for Netflix. It’s increasingly challenging to find a home for adult dramas, and Cooper says Netflix was the only place that said yes to making his new movie.