Gavin Polone, the agent turned manager turned producer known as "The Dark Prince of Hollywood," talks about his new movie, Conan O'Brien Can't Stop, and what it reveals about his star client. Polone has been Conan O'Brien's manager -- and his agent before that -- for decades.  Polone talks about wooing O'Brien in a derby of "gigantic” proportions when the comic was a writer on The Simpsons who dreamed of performing some twenty years ago. Polone also reflects on his own career in Hollywood and his dark reputation. He looks back on his years as an "arrogant" and "demanding" agent and how he was drummed out of the agenting business after being fired from not one but two agencies. He says, "I was impossible-- I was a jerk."  And although he claims to have mellowed with age Polone admits that an online cartoon made by his former assistant just last year, which shows him to be a rigid and difficult person, is not entirely untrue.  Polone honestly assesses his personality and how it's informed his career in the entertainment business saying that he can understand why people would call him a 'misanthrope.'  Still, he maintains he's happy leading a bizarre, solitary life saying, "I live the life of a rich serial killer." (Although this program originally aired on June 20, 2011, today's banter topics are new.) 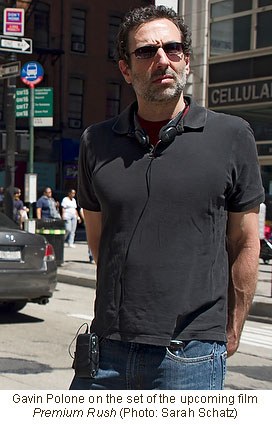