Remember Wet Hot American Summer? Maybe not. As director David Wain tells us, "This is a movie that most people in America have probably never heard of, but for what it's worth, most people in Hollywood probably have."

Critics had no love for the summer camp spoof Wet Hot American Summer when it had its very limited theatrical release 14 years ago. But over time, the movie has become legend in the comedy world, especially as many of its cast members went on to big careers -- think Bradley Cooper, Amy Poehler, Elizabeth Banks and Paul Rudd.

Now, David Wain, who directed the film and co-wrote it with his comedy partner Michael Showalter, has pulled off the ultimate coup: he's reunited the entire cast for a Wet Hot American Summer series on Netflix -- and tossed in a bunch of new players including Jon Hamm, Jason Schwartzman and Kristen Wiig. Part of the joke is that almost all the cast members are in their 40's but they're still playing teens in the eight episodes that will start streaming on July 31. As in the original movie, the series is set in 1981. It follows the campers and counselors on the first day of camp, filling in their origin stories. 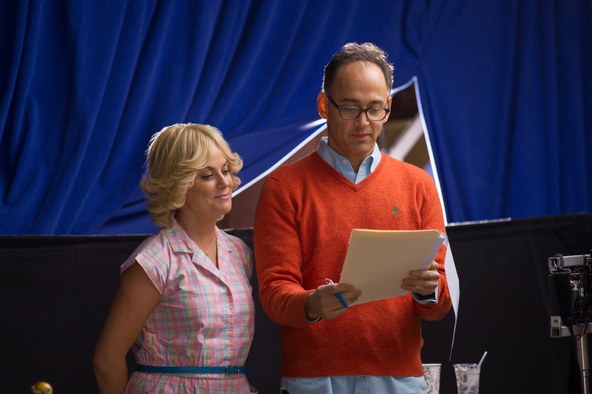 Wain was a part of the sketch comedy group The State, which had a show on MTV in the mid-90's. When they started to think about casting their first film, Wain and Showalter recruited several other members of The State, including Michael Ian Black, Ken Marino and Joe Lo Truglio. From there, Wain says they reached out to other people they were friends with as well as the most famous person they knew at the time: Janeane Garofalo.

Proving that summer camp friendships are deep and long lasting, everyone was on board to come back for the prequel, which was shot at a ranch in Malibu, but through a little movie magic, made to look exactly like the camp in Pennsylvania where they originally filmed.

David Wain and Friends Head Back to Camp on Netflix

Remember Wet Hot American Summer? Maybe not. As director David Wain tells us, "This is a movie that most people in America have probably never heard of, but for what it's...