Raoul Peck: I Am Not Your Negro

Writer and activist James Baldwin died in 1987, but as is clear in the Oscar-nominated documentary I Am Not Your Negro, his words do not feel dated at all. The film is now out in theaters and will air later this year on the PBS show Independent Lens.

I Am Not Your Negro is based on notes for a book that Baldwin never wrote. It was to be about the lives of three murdered Civil Rights icons: Medgar Evers, Malcolm X and Martin Luther King, Jr.

The film is told entirely in Baldwin's own words -- there are no talking heads. Director Raoul Peck uses archival footage to illustrate Baldwin's powerful analysis of race in America, including Hollywood's role in selling a nonexistent version of the country, free of racial issues.

Baldwin spent much of his life in Paris, observing America from afar. Peck shares that perspective; like Baldwin, he is a citizen of the world. He was born in Haiti, but his family fled the brutal Duvalier dictatorship when Peck was just eight years old. They settled in Kinshasa, in the newly independent Congo, but ultimately had to relocate again, this time to New York. Peck was also educated in France and Germany. 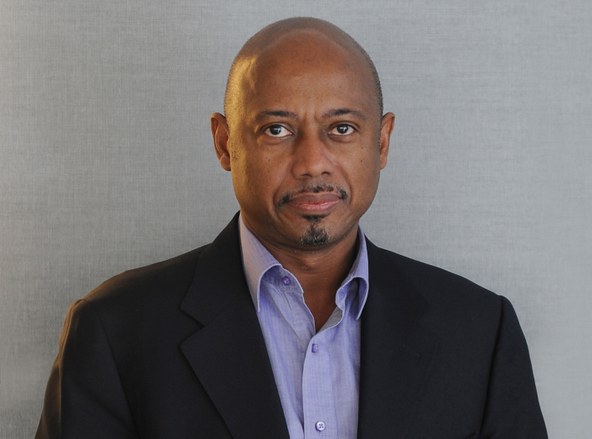 Raoul Peck, director of 'I Am Not Your Negro
Photo by Lydie Sipa, courtesy of Magnolia Pictures

When we sat down with the filmmaker, he was about to return to his home in Paris, and the Trump's recent executive order regarding immigration was at the forefront of everyone's mind. Peck tells us he's "torn" about the Oscars. He will attend, but understands why others may not, and hopes nominees makes their feelings known at the ceremony. He also tells us about his brief stint as Haiti's Minister of Culture, and explains why he's not convinced this year's awards nominations mean the end of Oscars so white.

Director Raoul Peck on 'I Am Not Your Negro'

Raoul Peck: I Am Not Your Negro

Writer and activist James Baldwin died in 1987, but as is clear in the Oscar-nominated documentary I Am Not Your Negro , his words do not feel dated at all. The film is now...