When filmmaker Liz Garbus set out to make a film about the High Priestess of Soul, her search for rare Nina Simone footage took her across continents. Fortunately, Garbus had a powerful backer to aid in the search: Netflix.

As a seasoned, Oscar-nominated documentarian, Garbus knows finding funding for docs is often difficult, especially when a project involves the daunting problem of licensing music. So when she and her producing partners at Radical Media starting pitching their Simone project, they cast a wide net and found a good match in Netflix, which has been getting more and more involved with documentaries at film festivals in recent years. Her film, What Happened, Miss Simone?, is the first original documentary to be both produced and distributed by Netflix.

Once she had the production funds to start on her quest, Garbus found so much material that she was able to tell Simone's story largely through the artist's own words and music. The film contains interviews and footage that have been buried for decades, never before seen by the public, including an interview with Simone's former husband and manager, Andy Stroud.

A major conflict between Simone and Stroud arose when Simone started using her fame and her gifts to support the 1960's civil rights movement. Stroud, who died in 2012, knew that controversy would hurt his wife's career and wanted her to keep the focus on her commercial appeal. 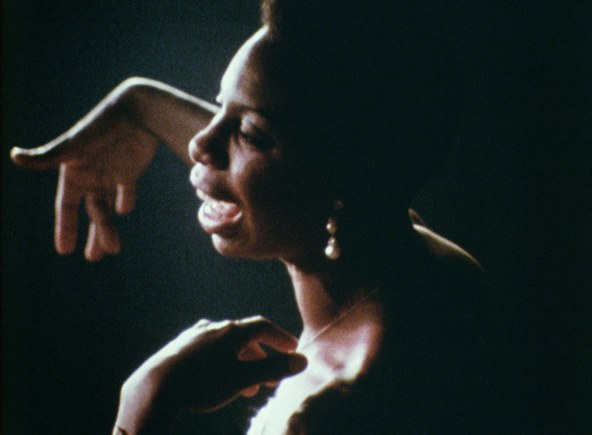 Still from the Netflix documentary, "What Happened, Miss Simone?"

Garbus is able to capture this very personal artist-manager disagreement in her film, partially through interviews, but also through Simone's songs, which she uses as a narrative structure throughout.

And while the estate of Nina Simone first approached Radical Media about making a Simone documentary, once the filmmaking started, both the estate and Simone's daughter, Lisa Simone Kelly, were hands-off in the filmmaking process. Garbus found that Simone led a complex and fascinating life, and for her as a filmmaker, it was critically important that the story of Simone be allowed to "keep its teeth."

When filmmaker Liz Garbus set out to make a film about the High Priestess of Soul, her search for rare Nina Simone footage took her across continents. Fortunately, Garbus...