Filmmaker Peter Bogdanovich has had a career marked by Oscar highs, traumatic lows, studio lawsuits, and scandalous love affairs. In this interview he openly discusses much of this plus gives his lessons learned from a long career in the film business. The reason for talking with him now is serendipitous. His 1975 musical, At Long Last Love, which bombed in theaters is now out on Blu-ray, but it's not the version he edited. There is a previously unknown version made by James Blakely -- a now deceased editor at Fox -- which has been streaming on Netflix unbeknownst to Bogdanovich!

Plus, Bogdanovich says he doesn't feel he needs a "come-back" but he has a few more films he wants to make before going up to the "big screening room in the sky." One of those film is Squirrels to the Nuts, which Wes Anderson and Noah Buambach are producing. 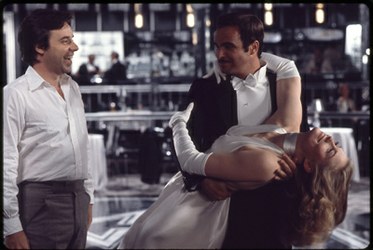 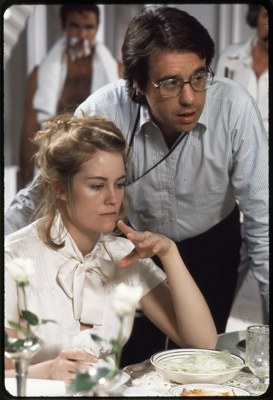 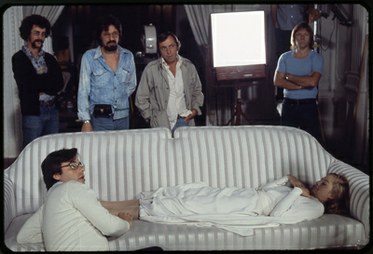 Peter Bogdanovich, Cybill Shepherd and crew on set of "At Long Last Love"

Filmmaker Peter Bogdanovich has had a career marked by Oscar highs, traumatic lows, studio lawsuits, and scandalous love affairs. In this interview he openly discusses much...