The new movie Spotlight takes its name from a team of investigative reporters at the Boston Globe. That team won a Pulitzer Prize in 2003 for exposing the child sex-abuse scandal in the local archdiocese.

The film follows the Spotlight reporters as they do the often unglamorous work to show that crimes were committed and that church officials knew about those crimes and covered them up, allowing more children to be victimized.

Tom McCarthy, the director and co-writer of Spotlight, is a true multi-hyphenate. He's an actor who appeared in Meet the Parents and the acclaimed HBO series, The Wire.

McCarthy's breakthrough as a director came when he made the 2003 film, The Station Agent, which he also wrote. He followed that with two more well-received films, The Visitor and Win-Win.

In terms of transitioning back and forth between acting and writing and directing, McCarthy says he's never had a grand plan--he's always just pursued what interested him. 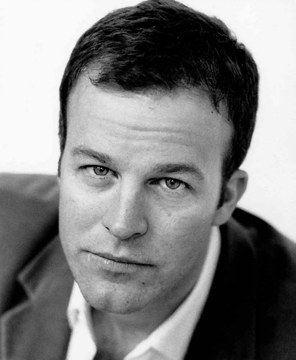 When McCarthy undertook Spotlight, he thought it could be good--but he didn't necessarily expect it to be what it is now--a strong awards contender. And even as the budget for the film kept shrinking, he was able to assemble a strong ensemble cast that includes Mark Ruffalo, Michael Keaton, Rachel McAdams and Liev Schreiber.

While he was actually making the movie, McCarthy was too focused on the work--which included interviewing all the real people involved for more than a year--to focus on what the Academy might think. But now that the film is out, he's happy to see the way it's resonating with people on an emotional level.

The new movie Spotlight takes its name from a team of investigative reporters at the Boston Globe. That team won a Pulitzer Prize in 2003 for exposing the child sex-abuse...