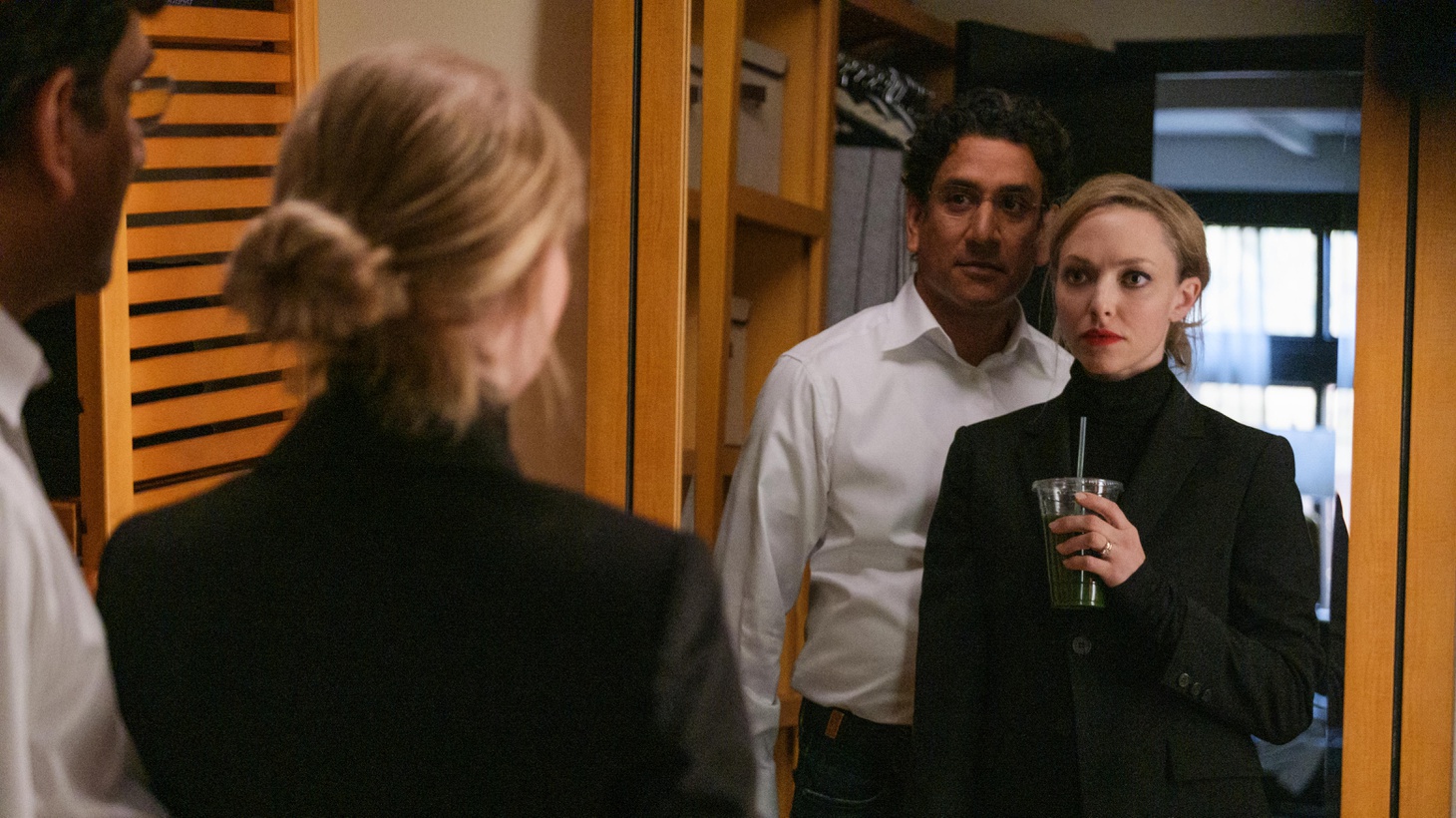 Hulu’s limited series “The Dropout” tells the story of Elizabeth Holmes and the downfall of her blood testing startup, Theranos. Amanda Seyfried plays Holmes, and her partner Sunny Balwani is played by Naveen Andrews. Photo by Beth Dubber/Hulu.

In Hulu’s limited series “The Dropout,” based on the ABC News podcast of the same name, showrunner Liz Meriwether traces Elizabeth Holmes from nerdy kid, to Stanford University dropout, to Silicon Valley royalty. Holmes’ story also involves her longtime romantic and business partner, Sunny Balwani, whose real-life trial was getting underway as the Hulu series started. In January, Holmes was convicted on several counts of fraud.

Meriwether is best known as the creator of the long-running network sitcom “New Girl,” so she wasn’t the most obvious choice for a high-stakes business drama. But “The Dropout” has been a huge success with critics, as Amanda Seyfried nails her portrayal of Holmes with her wide eyes, distinctive low voice, and Steve Jobs-style black turtleneck.

“I wish that I could say that I somehow had anything to do with that performance, but she [Seyfried] … just understood what we were trying to do,” says Meriwether. “She’d done her own work on the voice and the physicality, and showed up with that performance at the first rehearsal.”

Meriwether has worked on multiple network shows, but “The Dropout” is her first project with a streamer. She says network TV is a hard sell for actors these days, as it’s a big time commitment based on just a pilot script.

Tom Cruise is still trying to finish the latest installments of the “Mission: Impossible” franchise. He doesn’t want the shorter, 45-day theatrical release window because it...

Elizabeth Holmes founded Theranos at 19, but it turned out that the blood testing technology didn’t work. Her rise and fall is the focus of “The Dropout,” currently...