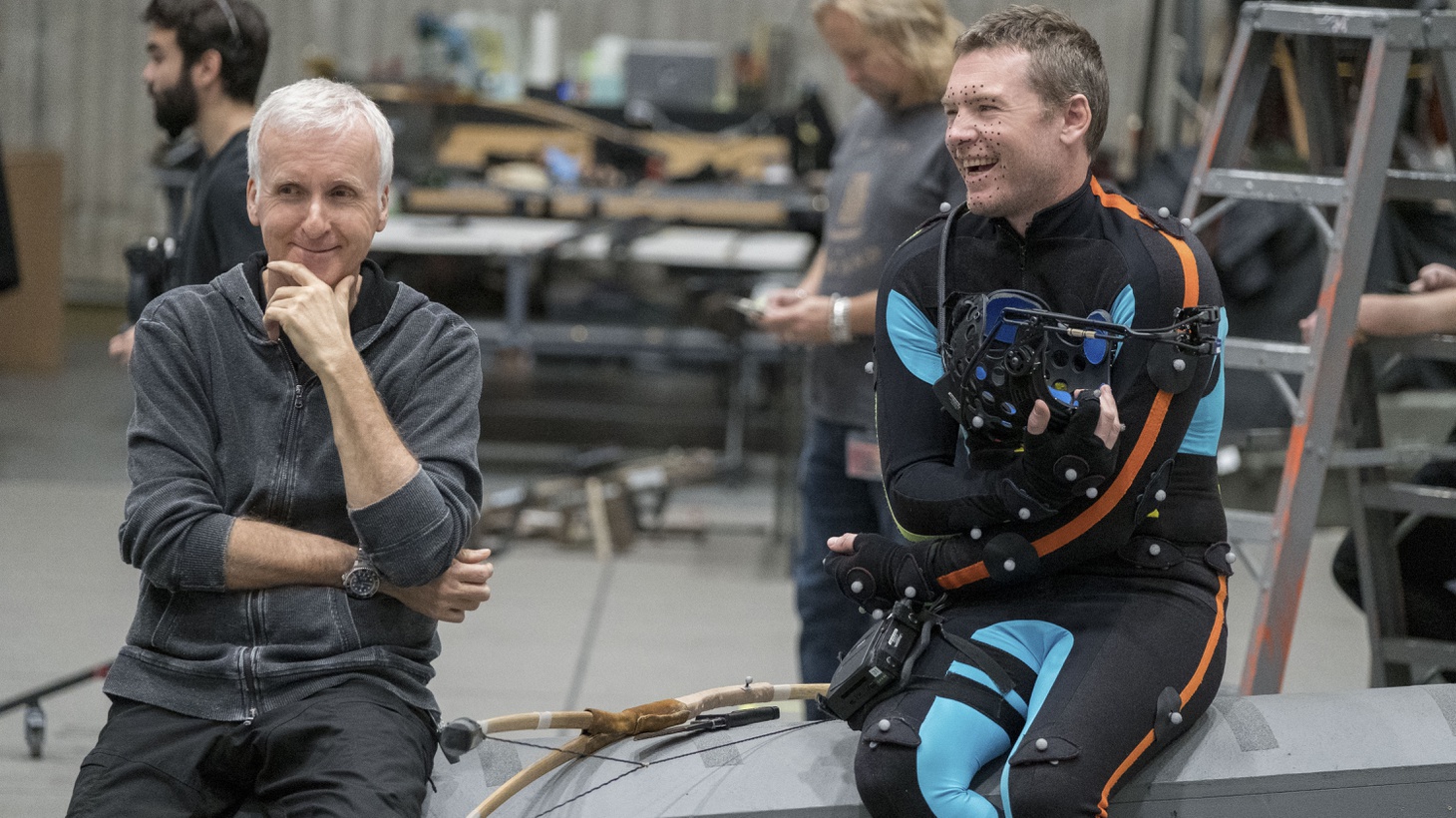 James Cameron has become the first filmmaker to direct three of the top 10 highest-grossing films of all time, first with “Titanic” in 1997, followed by the original “Avatar” in 2009, which still holds the all-time grossing film, at about $2.9 billion.

Now, Cameron has made history again with “Avatar: The Way of Water,” so far, making $526 million domestically and getting closer to reaching the $1.9 billion gross globally, therefore, surpassing the total amassed by “Top Gun: Maverick” since its opening in May of 2022.

“‘Top Gun’ was such a triumph. Nobody had made that kind of money in three years,” says Cameron.

However, he explains the amounts made on both films have to be put into perspective. “‘Top Gun’ was a hit in America, and it did okay overseas by ‘Avatar’ standards. We made three quarters of our money globally, and a quarter of it in the US on the first film. That ratio holds and I don't see why it wouldn't.” He adds, “and we don't have to do ‘Top Gun’ business in the US.”

That’s because Cameron can count on an international market. In China, he says he had secured to show “Avatar: The Way of Water” on tens of thousands of its screens. Though he admits that since his marketing team doesn’t have much control of the market there, he predicts the sequel will still do well. “Even if people are hanging back a bit, we were on 2,800 screens in China on our first release, so I'm guessing we can probably do okay!” he affirms.

With China easing its COVID-zero policy, and audiences' favorable response to the family motif and fantasy visuals, he’s also anticipating they will return. “The Chinese audience loves ‘Avatar’ and they love 3D. It's still a big thing for them, and this film delivers, so we feel good about it.”

At the same time, the filmmaker is aware that there’s some unpredictability in this market. “If people start going to the movies like crazy, and then they start getting sick, then the government may step in,” he says. “They did step in on us the first time [and] pulled us from a bunch of theaters because we were making too much money, and to make room for Chinese [films].”

“Avatar: The Way of Water,” is the second of four sequels planned. It picks up a few years after the first film left off, with Jake Sully (Sam Worthington) continuing his saga on the extrasolar moon, Pandora. Jake has become a chief of his Na'vi clan and now lives with his newfound family formed with Neytiri (Zoe Saldana). Their community is thriving, but a familiar threat returns, and Jake, Neytiri and the army of the Na'vi race need to work to protect their home from dangerous invaders. The film also stars Sigourney Weaver, Stephen Lang, Cliff Curtis, Joel David Moore, CCH Pounder, Edie Falco, Jemaine Clement and Kate Winslet. It is playing in theaters everywhere.

In this second and final installment of his conversation with Kim Masters, recorded in December, Cameron discusses the technical challenges of making the film, creating a new world in Pandora, opting to continue directing, and his view of critics.

Making the “Avatar” sequel 13 years after the original came out, presented many trials to Cameron, the actors and his team. “If people asked me about ranking the challenges on this movie, [the] highest was the empty page, the start of the writing process,” he remarks.

The second issue for Cameron was shooting underwater. To make sure the audience wouldn't be distracted, he spent millions developing photo-real CG water.

“I could go out with my iPhone, photograph my kids' pool party, and the water would look just as good as what we spend umpteen million dollars creating. The difference is, we're creating the water because we're doing CG characters, and so we have to have CG water,” he explains. “If we had actors in Spock makeup, we could just push them in the pool.”

Third, was making sure the cast was “happy and confident in that environment,” he says. “This is not the first time I've taken a full cast into the water. I did it on ‘The Abyss,’ although that was more about diving helmets and learning to scuba.”

On “Avatar: The Way of Water,” actors were trained in breath-hold diving, a process he attributes to be much safer than scuba diving. To improve on their abilities, they did a static apnea test by holding their breath underwater facedown and not moving. Winslet, he says, held her breath for seven minutes and 15 seconds, while Weaver did it for six and a half minutes.

A final challenge was to improve the performance capture pipeline, so “that we literally had no loss or degradation whatsoever of what the actors created.”

Cameron explains that less than 10% of the movie was acting underwater. The remainder was performed “in air” that exists on CG, so the actors are zeros and ones on the screen, “yet the emotional aspect and nuance is 100% the equivalent of photography.”

With performance capture cameras, the focus was on the close ups and dialogue to create “an emotional transparency in an alien face.”

“If you think about how was it done historically, [you would] slap on some latex rubber and prosthetics, and there are prosthetics that are excellent, but the second you're adding layers on top of the actor's face, you're reducing performance, and people are having to act through it in an exaggerated way, or it's muting what they're doing,” he explains. “Whereas we don't have that at all. We were creating alien makeup essentially, except that it's not. It doesn't diminish what the actors do. I would even say that, if you add in the expressiveness of the ears and the tails, we're actually going 220%.”

He believes this last obstacle of the actors not existing physically and not being able to be photographed, ended up being a triumph because they “got to act with utter confidence that what they were creating was going to be in their characters.”

While people focus on the underwater performance, 3D and the frame rate of the film, Cameron says those were the least challenging parts to accomplish as a director, because “what is easiest to capture on a photographic film becomes hardest on a performance capture film,” and vice versa.

“If you want to have 500,000, screaming orcs come over the wall, that's actually about as easy as a close up to get right,” he describes. “We're attuned by a million years of evolution to every nuance of facial musculature, and how we talk and emote, and we read each other's faces all day long for eye movement and pupil dilation and subtle fleeting moments of expression and tension in the lips. All those things took us literally years to get [them] dialed in so that we lost nothing.”

Creating Pandora and its creatures

Cameron further explains that he and his team spent a lot of time “getting to zero,” as he calls it, because making “Avatar” meant creating the world of Pandora, building animatronic creatures and teaching the actors how to ride things that don’t exist.

“It's like making a Western where the horse hasn't been invented yet and there's nobody to ride [it],” Cameron says. “You do a Western, [the] actor walks in, they can either ride or they can't. If they can't, there's going to be a guy that knows everything about horses, has ridden horses his or her whole life, and there's going to be a horse that's been around for 20 or 30 million years. For us, we spent a lot of energy getting to zero and getting the elute to the level of what a horse wrangler would be able to teach you.”

Opting to direct despite negativity

Once the original “Avatar” was released, it received mixed reviews. While movie critic Roger Ebert called it an “extraordinary film” in 2009, many thought the film fell short, and over the years, continued to doubt the sequel would be any different.

With the negative feedback, Cameron thought seriously about walking away from filmmaking, despite having made a long-term commitment to the “Avatar” franchise, and pursuing a new career.

“I much prefer engineering and physics because it's not an opinion,” he remarks. “We spent years building a machine that goes in the ocean. It either works or doesn't. The second law of thermodynamics is not some jackasses opinion. I'd much rather be doing deep ocean exploration with machines that I build that I know are going to work.”

But as an artist, he understands that some people will like what he creates, others won’t. “You're always hoping that somebody will see what you put in there, but often, they see a lot that you didn't put in, and often they don't see what you did put in.”

At the end, Cameron opted to continue directing. “I decided that doing more ‘Avatar’ films could be beneficial to the conversation, to the zeitgeist, to our perceptions of our role as guardians of nature, to indigenous communities that are struggling to be heard, to be seen, to be respected,” he notes.

He adds, “We did have a belief coming out of the first film that we were doing something good, simply because of the number of interactions over the subsequent years that were spawned by that film amongst the indigenous community and the sustainability-[conscious] leaders worldwide.”

Dealing with critics while winning awards

After Cameron finished the original “Avatar,” he thought the film would not be considered for awards because he believed critics didn’t understand what he did. “Avatar” ended up receiving 131 nominations, and winning 89, including three Oscars in 2010.

Despite the first film’s huge success, the director still feels some pundits don’t grasp much of what he has created, but he says he’s now over. “We just kind of shrug and go, ‘as long as they pay to go see it, I don't care if they understand it.’’’

“Avatar: The Way of Water” has received a 77% rotten tomatoes rate, picked up 78 nominations, and won 17 of those awards so far.