Oscar-winner Julianne Moore and writer-director Bart Freundlich make movies together--and they’re also a married couple. They join us to talk about where they met, on ‘The Myth of Fingerprints,’ and their latest collaboration, ‘After the Wedding.’

The new drama is a gender-swapped remake of the 2006 Danish movie of the same name directed by Susanne Bier.

In this American version directed by Freundlich, Michelle Williams plays the saintly Isabel, who devotes her life to a money-strapped orphanage in India. The plot thickens when Isabel learns that a wealthy American might be willing to make a major donation. While Isabel hates to step away from her work, the donor insists that she come to New York and make her pitch in person.

When Isabel meets Theresa, a high-powered CEO played by Moore, she is eager to state her case and leave. But Theresa isn’t ready to listen, and seems distracted by her daughter's upcoming wedding.

Desperate for the donation, Isabel agrees when Theresa insists that she come to the wedding. It soon becomes clear that Theresa’s motives for bringing Isabel to New York are complicated.

‘After the Wedding’ is the fourth film Freundlich and Moore made together. They tell us what drew them to the story, and describe the process of figuring out what changes--some of them major--would need to be made for their reimagining of the drama.

Plus, Moore tells us about her early days as an actor, offers some advice to those trying to break in to the business, and shares her support of the #MeToo movement. 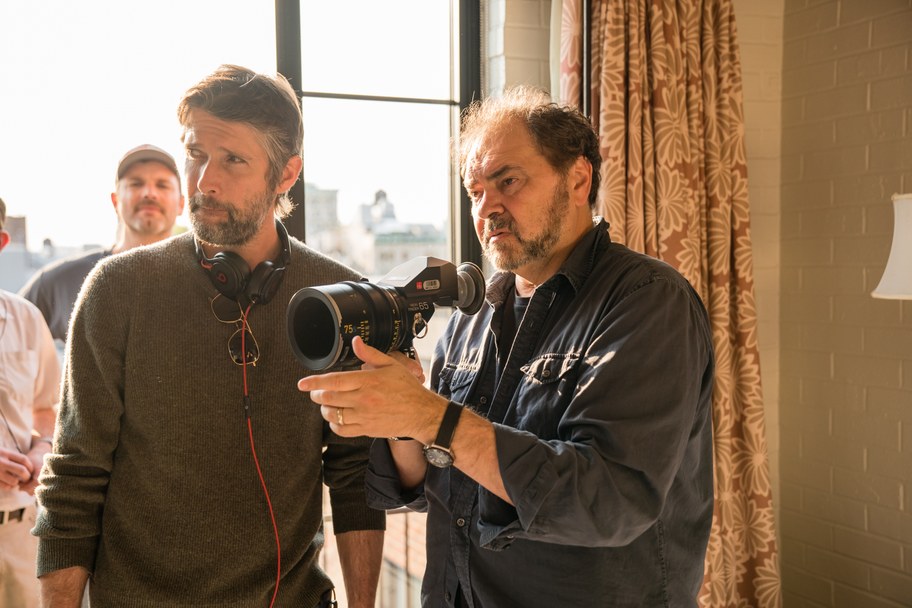 Bart Freundlich (Director), Julio Macat (Director of Photography) on the set of 'After the Wedding.' Photo by Elizabeth Fisher. Courtesy Sony Pictures Classics.

END_OF_DOCUMENT_TOKEN_TO_BE_REPLACED
KCRW’s Season of Giving Back – KCRW fans Ashley, Matt, Wyatt, and Marlowe Kline challenge YOU to donate to KCRW TODAY. If we can raise $12,500 they will match it!
Give Now
Give Now!