It's a bittersweet time to be a Key & Peele fan. Now in its fifth season, Peabody-winning Comedy Central sketch show scored eight Emmy nominations this year, including a best supporting actor nod for our guest Keegan-Michael Key. Then, at the height of their popularity, Key and his comedy partner, Jordan Peele, announced that this current season of Key & Peele would be the last.

Key tells us that he and Peele opted to go "the British route," bowing out after just a few seasons, similar to many British shows or mini-series. Both Peele and Key have other projects they're pursuing, and Key says he feared that if they kept going on the show, they were in danger of repeating themselves. He doesn't rule out the idea of coming back to Comedy Central in the form of some kind of reunion special though. 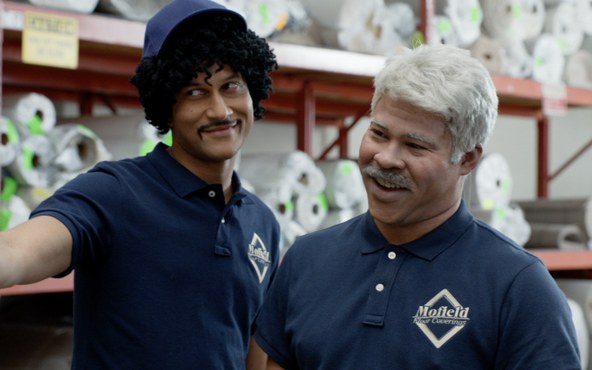 Many fans feel the end of Key & Peele will leave a void in the comedy world -- the show had a unique way of addressing cultural and social issues, including race relations and homophobia. Both Peele and Key are biracial, and with the help of an incredible array of costumes and hairstyles they are able to morph into characters of different ages, races and genders. Their sketches would frequently start in a familiar place or situation, and then flip to something unexpected or absurd. Key says this was part of their plan from early on, especially when dealing with race, he and Peele wanted to tap into an audience and then "find a way to use their expectations against them."

Despite the lack of diversity in the improv and sketch world, Key sees signs that things are changing for the better, especially in the online world. His hope is that his show may have inspired others, and that now that he and Peele are moving on to movies for the moment, other diverse comedians may be able to step in and fill that sketch comedy space.

It's a bittersweet time to be a Key & Peele fan. Now in its fifth season, Peabody-winning Comedy Central sketch show scored eight Emmy nominations this year, including a...