Back in 2009, before the advent of popular crowd-funding sites Kickstarter and Indiegogo, Kevin Smith considered tapping his fans to fund the low budget horror film Red State. But one critical blogpost calling him "a beggar" took all that away. Then in 2012 -- well before the Veronica Mars film and Zach Braff projects made millions on Kickstarter -- Smith planned a Clerks 3 crowd-funding plan. But when it was delayed so the key actors in the Clerks movies could finally resolve an outstanding payment issue with the Weinstein Company regarding Clerks 2, Smith reconsidered. Now he's going through with this contractual obligation to offer the third -- and final -- installment of Clerks to the Weinstseins. But Smith plans to fund the movie the old-fashioned way. Himself. The straight-talking filmmaker is reflective and non-judgmental as he explains why he doesn't feel it's right for him to suck up millions of dollars out of the crowd-funding pot when there are budding filmmakers who need money more than he does. 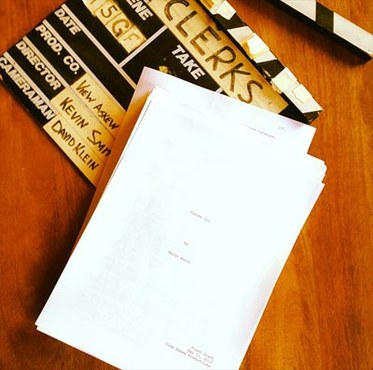 Lynda Obst, producer of films as diverse as The Fisher King, Contact and How to Lose a Guy in 10 Days, has a new book, Sleepless in Hollywood . She talks with Kim about why...

Back in 2009, before the advent of popular crowd-funding sites Kickstarter and Indiegogo, Kevin Smith considered tapping his fans to fund the low budget horror film Red...

Kim Masters is joined by John Horn, film writer for the Los Angeles Times, to banter about this week's top entertainment news stories.