Room, the new movie based on Emma Donoghue's novel of the same name, tells the story of a mother, played by Brie Larson, and her son Jack, played by Jacob Tremblay. Both are already acting contenders in the awards race.

As the movie begins, Jack and his mother are celebrating his birthday, but there's no ordinary party as he turns five. His mother was kidnapped years earlier, and has long been held in a small shed. Having been raped repeatedly by her captor, she has given birth to Jack. She has devoted her considerable imagination to raising him in as nurturing an environment as possible, given that they are trapped in Room -- the only world Jack has ever known.

The director of Room, which won the People's Choice Award at this year's Toronto Film Festival, is Lenny Abrahamson, an Irish filmmaker who got his start making beer commercials. His movies include the 2014 dark comedy, Frank, in which Michael Fassbender wears a giant paper mache head for most of the film. Not exactly mainstream fare.

Abrahamson was one of several filmmakers interested in making a movie version of Donoghue's Room, and he knew he wasn't an obvious choice. But Donoghue was particular about how the story should be told on the screen -- so much so that she decided to try writing a screenplay herself even before her book was published in 2010. 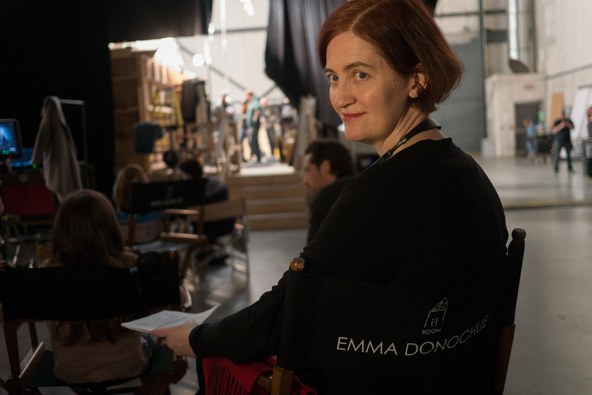 The two teamed up after Abrahamson wrote Donoghue a long letter explaining his vision for the film. Donoghue was impressed with the literary nature of his letter and the fact that he understood her references to Plato in the book. Their subsequent friendship and creative partnership on the film has defied the conventional wisdom that authors shouldn't adapt their own books for the screen.

Room , the new movie based on Emma Donoghue's novel of the same name, tells the story of a mother, played by Brie Larson, and her son Jack, played by Jacob Tremblay. Both...