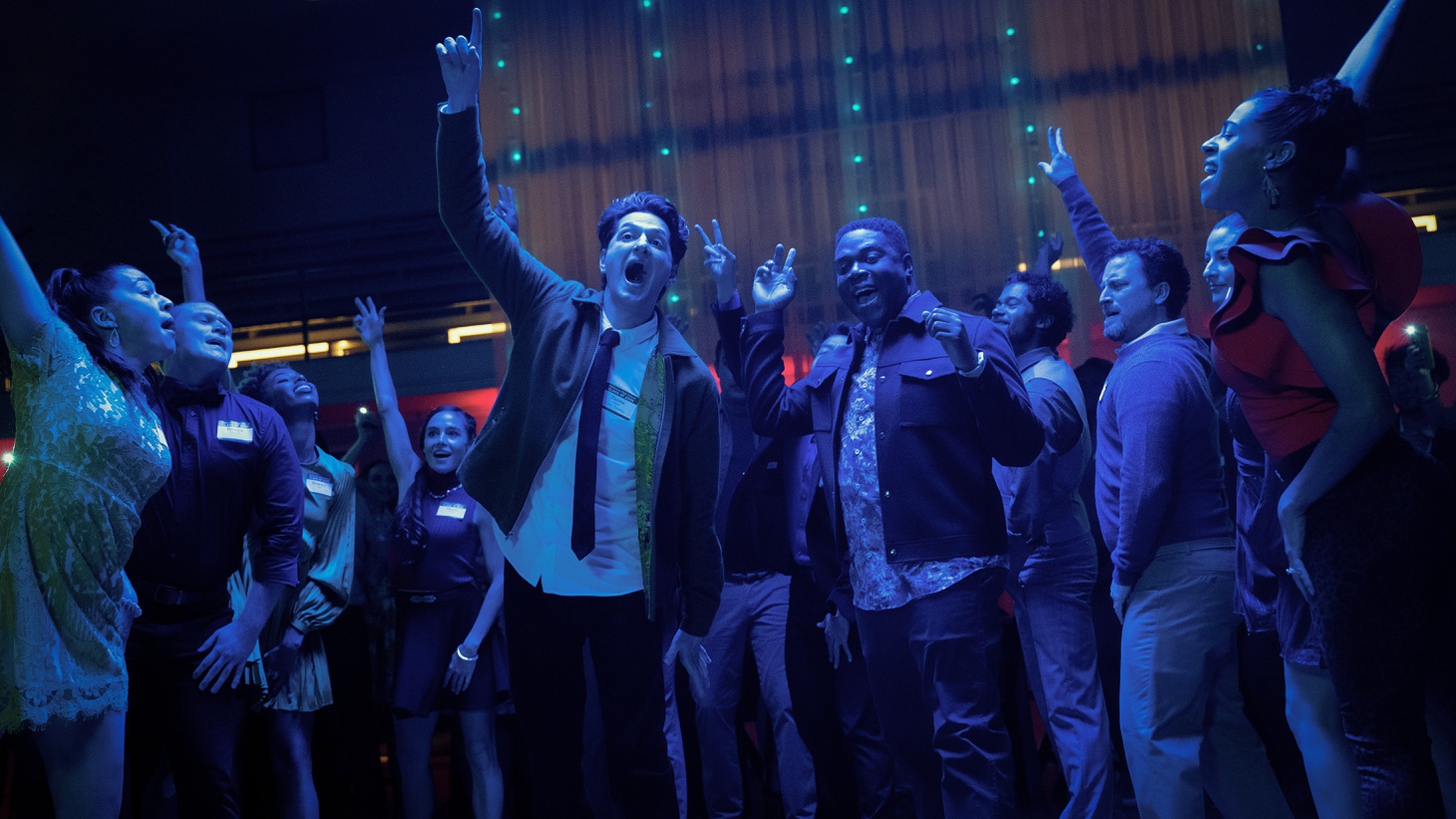 Ben Schwartz and Sam Richardson are two of the stars of Chris Miller and Phil Lord’s new series “The Afterparty.” Photo by Apple TV+.

The Phil Lord and Chris Miller origin story is the stuff of dreams. Hollywood called them when they were still in college. Michael Eisner — then chairman and CEO of Disney — had seen a profile of then-college senior Chris Miller in the Dartmouth alumni magazine.  Miller soon got a meeting at Disney, took along his classmate Phil Lord, and the two have been partners ever since.

Their many credits include “Cloudy With a Chance of Meatballs,” “21 Jump Street” and “The Lego Movie.” Lord and Miller hit a very public bump in the road when they were fired from the Star Wars spinoff, “Solo,” in the midst of production. But they were already at work on “Spider-Man: Into the Spider-Verse,” which got them an Oscar for Best Animated Feature.

Lord and Miller’s latest project is “The Afterparty” on Apple TV+. It’s an eight-part comedic take on a murder mystery. Phil Lord served as executive producer while Chris Miller was showrunner and directed the whole thing.

“The Afterparty” is set at a bash following a high school reunion where, of course, there are many agendas. The party is at the fabulous home of Xavier, played by Dave Franco, who has risen to pop stardom but soon meets an untimely demise. A detective played by Tiffany Haddish interviews each party guest — or suspect — to solve the crime.

Each of the eight episodes is told from the point of view of a different character in the ensemble cast, in a different cinematic style — action movie, romantic comedy,  musical, and more.

Miller and Lord tells KCRW how “The Afterparty” — which Miller started working on as a movie more than a decade ago — morphed into a series and landed on Apple TV+. They also discuss how they decide who does what in their partnership, and how their way of working together has evolved.

And they reflect on the impact of getting fired from “Solo” after shooting for 90 days. They say the difficult experience ultimately made them better filmmakers.

Jeff Zucker CNN resignation: ‘An earthquake in the media world’

Jeff Zucker resigned as the head of CNN this week after failing to disclose a relationship with a high-level CNN executive. The revelation came about as a result of the...

Phil Lord and Chris Miller talk about their new Apple TV+ series “The Afterparty.” They also discuss their long creative partnership, the lessons learned from being fired...