TV and film production remains largely at a standstill. But Rob West? He may be out of work, but he’s still working hard.

West is a Hollywood carpenter and prop maker who has devised effective and reusable transparent face shields for frontline medical workers.

Once he figured out a prototype, he got other freelance industry workers involved and created LA Face Shields. They started fabricating hundreds of face shields a day out of his house in Hollywood, but recently moved to an American Legion post in Monterey Park. 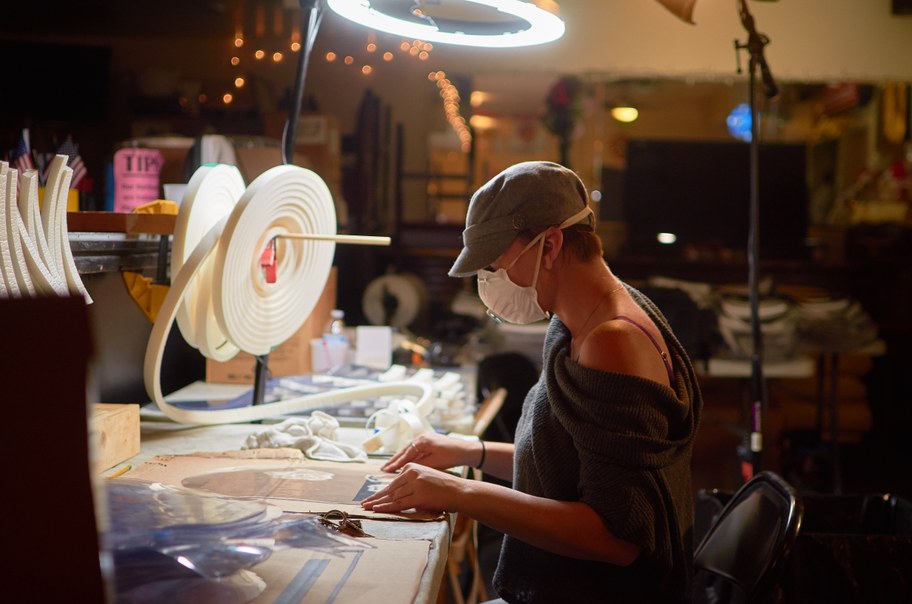 Speaking from the new LA Face Shields headquarters, West says this is the first time he’s mass producing face shields, but before the pandemic hit, his work called on him to make all kinds of things on short notice.

West also shares his thoughts on the possibility of Hollywood resuming production. “Carpentry is one thing. I can work, you know, me and another person, building a whole set. We can maintain relative distance and be minimally exposed. But in terms of production, once the cameras and the lights arrive, and talent … it’s all a nightmare. I absolutely wouldn’t take a gig like that at this point.”

Jeff Shell, the CEO of NBC Universal, has made some leadership changes at NBC.

TV and film production remains largely at a standstill. But Rob West?