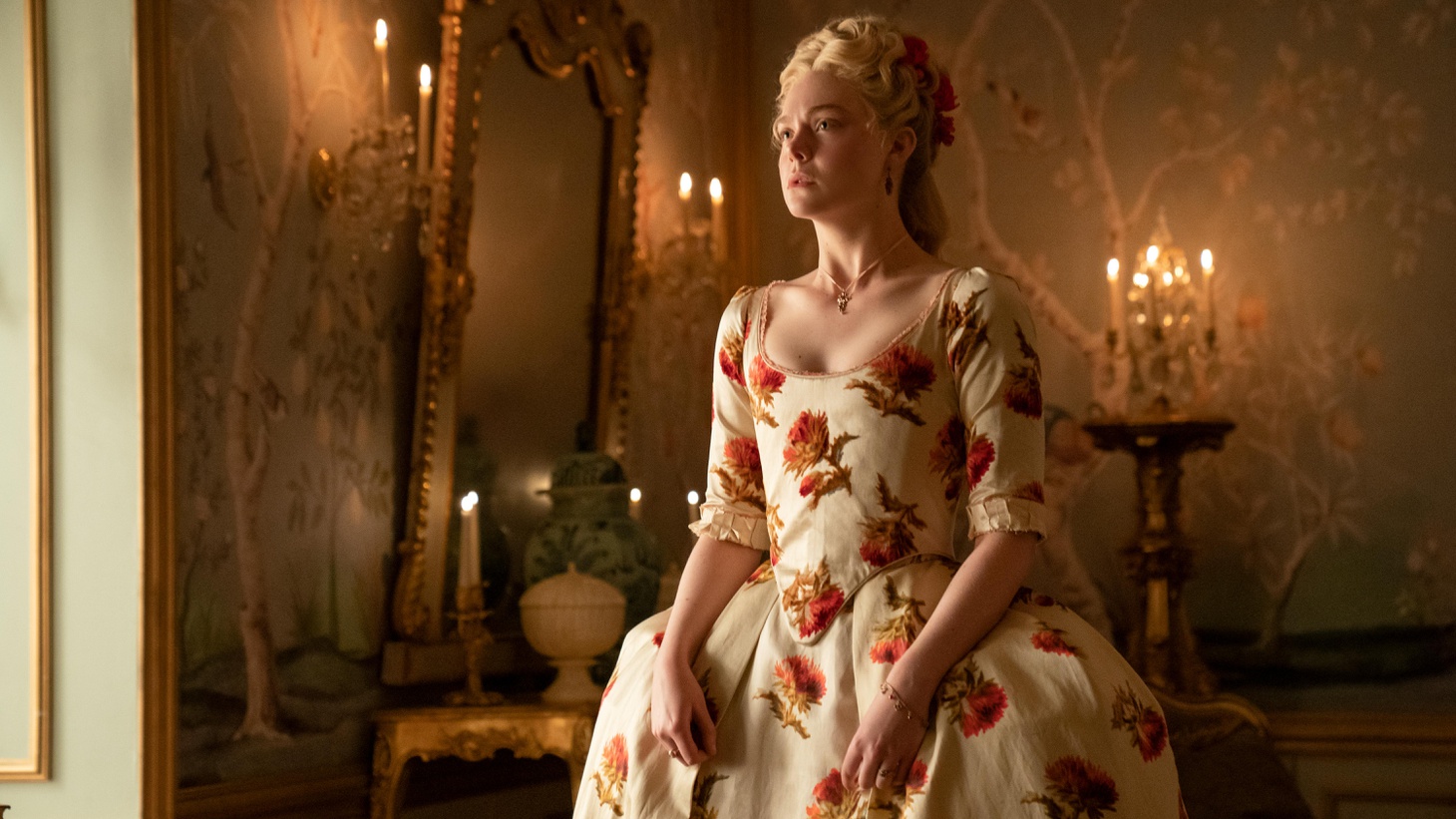 Elle Fanning stars as Catherine the Great in the Hulu series “The Great.” Photo by Gareth Gatrell/Hulu.

Hulu’s series “The Great,” set in 18th century Russia, is awash in sex, swearing, blood and vodka. Far from a sudsy historical drama, the series is a razor-sharp social satire. Tony McNamara is the creator, writer and executive producer of the show, which bills itself as an “occasionally true story” about Russian empress Catherine the Great.

An Australian playwright and screenwriter, McNamara got an Oscar nomination for the script of “The Favourite,” an 18th-century royal romp from director Yorgos Lanthimos. In fact, Lanthimos nabbed McNamara for “The Favourite” after reading a screenplay version of “The Great.” McNamara adapted “The Great” from his play that was staged in Australia in 2008. He also wrote the screenplay for last year’s “Cruella,” and is at work writing the sequel for Disney.

When McNamara was trying to find a home for “The Great,” he took the pitch around Hollywood. But ultimately he decided that Hulu was the right place to land.

“It felt like streaming was strong to me,” McNamara says. “And I think partly that’s because my teenage daughter just never looked at the TV – she just watched everything on the phone. So, I think that had a lot to do with it.”

In the second season of “The Great,” Catherine the Great, played by Elle Fanning, becomes the empress of Russia and pushes for progressive change across the empire. Nicholas Hoult plays her husband Peter. McNamara takes wide liberties when it comes to telling the stories of these historical characters.

“In terms of the writing, I always have things that are true. Often they’re the things that don’t seem true,” McNamara says. “The rest is sort of me making things up, or me knowing a few tentpole things she did. And even if I don’t do it exactly as it happened, I think, ‘this is the spirit of what she was doing.’”

Seasons one and two  of “The Great” are streaming on Hulu, and season three is in the works in London now.