The Hunger Games is the biggest movie to hit theaters this year. Producer Nina Jacobson tells us how it came to be. Back before the Suzanne Collins young adult novel was a bestseller, Jacobson convinced Hollywood to make a PG-13 movie of the book set in a dystopian world where teens kill other teens for the sport of the ruling class. Jacobson talks about how director Gary Ross (Seabiscuit) sold himself as the guy to helm the film. Plus, she describes how the star, Jennifer Lawrence, who plays 'Katniss,' really stole the role in the audition when she made the casting director cry. 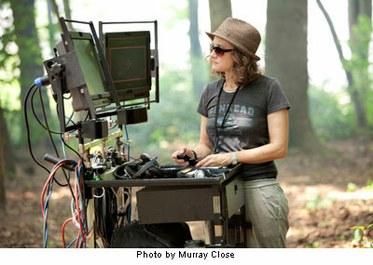