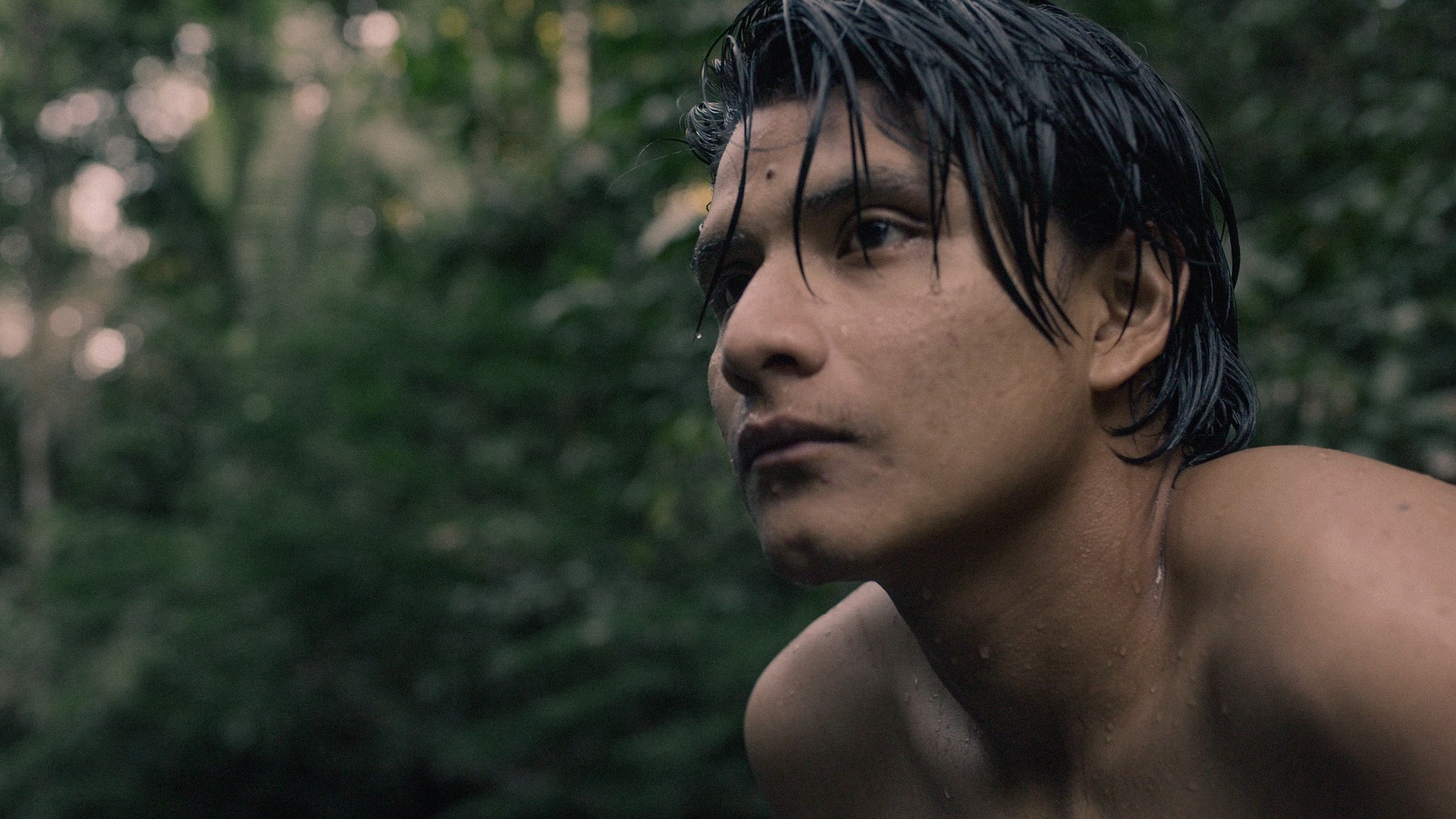 Bitaté Uru-eu-wau-wau, was appointed leader of his indigenous community at the age of 18 and has led the efforts to fight back against increasingly aggressive invasions in his protected territory in the Amazon rainforest. Photo courtesy of Alex Pritz.

Alex Pritz’s “The Territory” documents the fight between 183 members of the Uru-eu-wau-wau community against encroaching deforestation brought by farmers and illegal settlers to this tribe’s 7,000 square miles of pristine old growth rainforest in the western Brazilian Amazon. The immersive, on-the-ground one hour, 20 minute-long film relies on vérité footage partially shot by the Uru-eu-wau-wau people over three years, and depicts farmers and settlers’ illegal burning and clearing of this protected land, as the community risking their lives to capture and expose the truth.

The filmmaker explains how he was introduced to the Uru-eu-wau-wau people, the challenges and accessibility issues he faced to make the film.

Meeting the “godmother of conservation”

Pritz first learned about human rights activist Neidinha Bandeira – a sort of “godmother of conservation” in the western part of Brazil’s Amazon, through environmental journals and magazines. He also watched a few YouTube interviews about her work to protect the rainforest and a group of isolated indigenous people who still live in it, and thought she had an interesting story.

Then, Jair Bolsonaro began his presidential campaign in 2018. His far-right rhetoric and actions against the rainforest and indigenous people, drove Pritz to do something.

“We reached out to Neidinha and said, ‘It seems like your work is going to become a lot more difficult really quickly. Could I come and meet you?’ he says. Their first conversations were online.

Once Bolsonaro won, Pritz’s predictions became reality. Since taking office in 2019, activists and environmental defenders have become a target of violence in Brazil, including Bandeira.

“She's given up major parts of her own personal freedom, freedom of movement to be able to do this work,” he says. “It's really her family that bears the brunt of it,...and that situation has only gotten worse.”

Changing the focus to the Uru-eu-wau-wau people

Inspired by Bandeira’s work and the imminent changes to it, Pritz’s first idea was to make a film about her. He pitched the story that he would follow her for two years, and they agreed to it. So, he started filming during Brazil’s 2018 presidential election.

But ten days after Bolsonaro took office, a major invasion on a nearby indigenous territory occurred and Pritz decided to follow Bandeira as she responded to the invasion. She took him to meet the Uru-eu-wau-wau people whom she had worked with for 40 years.

“And that began a long conversation with the elders in that community about filmmaking and what it entails and whether they thought a film would be a useful endeavor,” he explains.

Pritz’s focus for the film turned to the struggles of the Uru-eu-wau-wau people, a community of about 183 people, protecting a 7,000 square miles of pristine old growth rainforest in the western part of the Amazon forest.

“The idea of film media activism, international politics and impact campaigns, all these things required a lot of conversations, and demonstration of what it is before we felt like we could really start working with them,” he says. 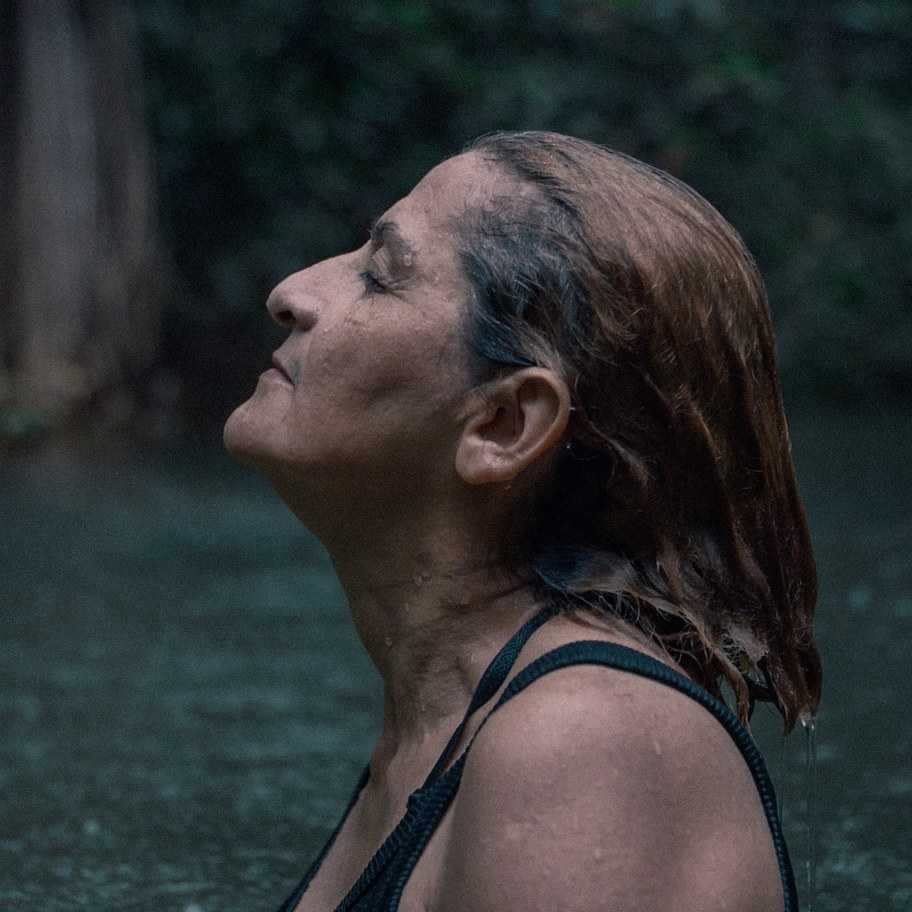 “[Neidinha] just had this fiery energy to her. And I think anybody who meets [her] feels this sort of magnetic pole that she has,” says Alex Pritz. Environmental and human rights activist Neidinha Bandeira. Courtesy of Alex Pritz.

Working with the community

After living in voluntary isolation as nomadic hunter-gatherers, in the 1980’s the Brazilian government forcibly contacted the Uru-eu-wau-wau. Despite that, most of its older members still don’t have a relationship with the outside world, only speak Kawahib, their native language, so bringing them the idea of documentary film required some demonstration.

“Next trip, I brought a camera with me and allowed people to interview me. I interviewed them, talked about the filmmaking process, what's involved in it, [and] the fact that…there's not much privacy when you're in front of the camera and a vérité, present tense film like this,” he says.

That was important for them to establish a relationship of trust.

To Pritz's surprise, the younger members of the community live full digital lives, including Bitaté Uru-eu-wau-wau, one of the protagonists in the film. “He's got an Instagram account. He's on WhatsApp,” Pritz says. “He is very much aware of film and media and its power. So having those conversations intergenerationally also really helped: the younger kids could help explain to the elders what it was that was being proposed.”

Participatory nature of the film

As the filming is underway, the pandemic hit the region. The Uru-eu-wau-wau made a decision to block anyone into its reservation because indigenous communities in Brazil were disproportionately impacted by COVID-19.

“This idea of outside pathogens coming from foreign places into their community and causing devastation, there was a historical memory of that within the community,” Pritz explains. The elders remember that after they were contacted in the 1980’s, within two years, more than half of their population died from measles and tuberculosis.

The production stopped, but Bitaté asked Pritz to send them cameras and audio equipment so they could continue shooting from their perspective.

“We were super excited about that. We had no idea what was going to come of it, how it would be used, if any of it would be usable, but it ended up being this really wonderful turn of events to shift perspectives, and leave the narrative in their hands for the remainder of the film,” he says.

One of the teachers in the community, Tangāi Uru-eu-wau-wau, had an interest in cinematography and volunteered to continue shooting the film. “So through this kind of informal workshopping of cameras and filmmaking and how it works, we started to build this participatory nature of the film,” Pritz affirms. 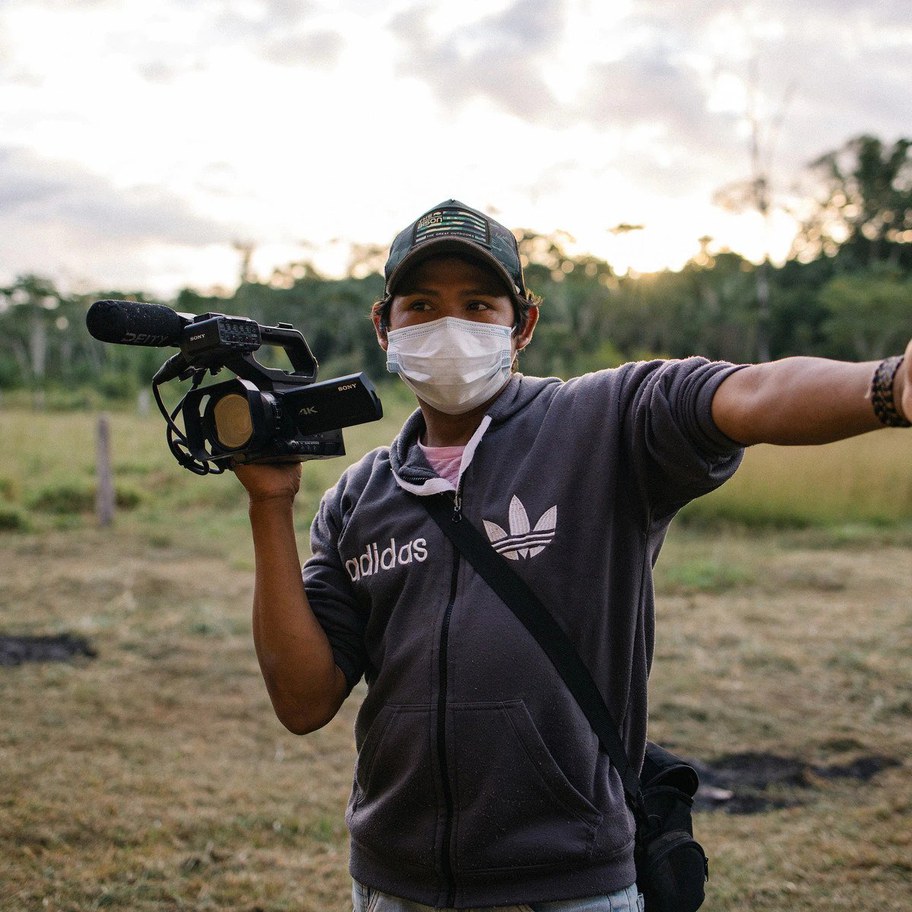 Tangãi Uru-eu-wau-wau collaborates as a cinematographer for the film. Courtesy of Alex Pritz.

Pritz says that one important aspect of this film is that it rebuts the white rescuer narrative by recognizing the Uru-eu-wau-wau are the people doing the conservation work. Whenever someone asks the Uru-eu-wau-waus “‘How can we help you? How can we save the Amazon?” Bitaté would forcefully respond, “‘You've got it all wrong. We don't need saving. We're the ones saving you. We are the ones doing the work protecting this rainforest that's stabilizing the global climate,” Pritz explains.

Bolsonaro’s presidency also emboldened farmers, miners, and settlers to deforest huge chunks of the Amazon, while he weakened environmental regulations. In fact, the invasion and exploitation of protected indigenous lands have tripled under his administration, according to an advocacy group.

In order to make the film, Prtiz believed he needed to talk to the invaders. Though it took time to gain their trust, Bandeira and Bitaté believed they would talk to Pritz because they “look up to America as a country that has put all of its land to productive use, these ideas of manifest destiny, and the westward expansion of the United States,” he says. “These are all the same ideas that animate the northward expansion in Brazil, up into the Amazon rainforest.” 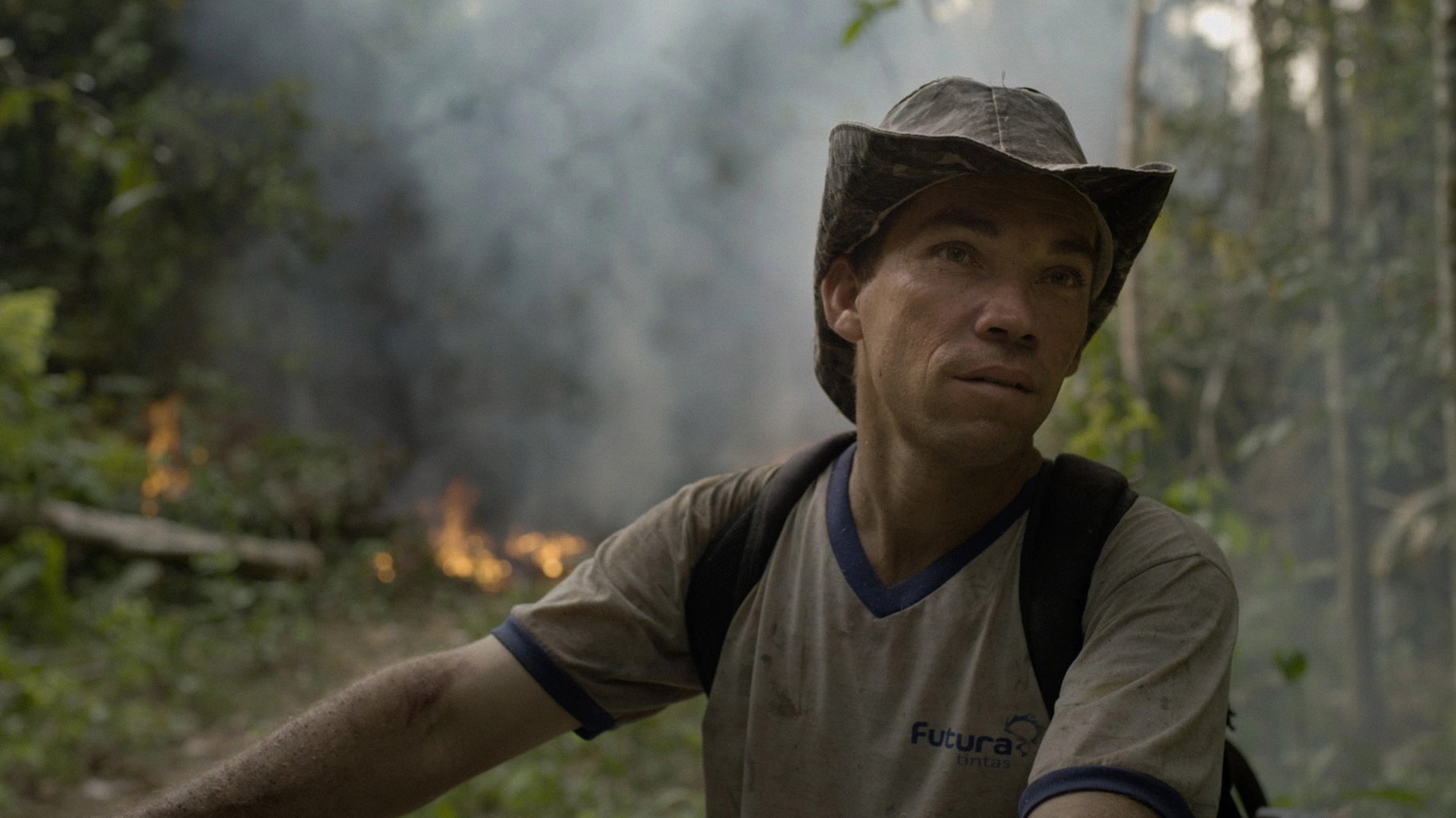 “[Settlers] feel the tables have turned really quickly, and suddenly what they're doing is criminalized and looked down upon by the rest of the world,” Alex Pritz explains. A settler sets fire to the Amazon forest. Courtesy of Alex Pritz.

The film, independently financed and distributed by National Geographic, has won 12 awards, including two Sundance accolades for World Cinema Documentary and Documentary Craft.

“Everything from there on out has been just icing on the cake,” he says. “Just getting into Sundance, getting that phone call was like the homerun of a lifetime for me.”

“The Territory” has a limited release in theaters and will be on Disney+ later in the fall.