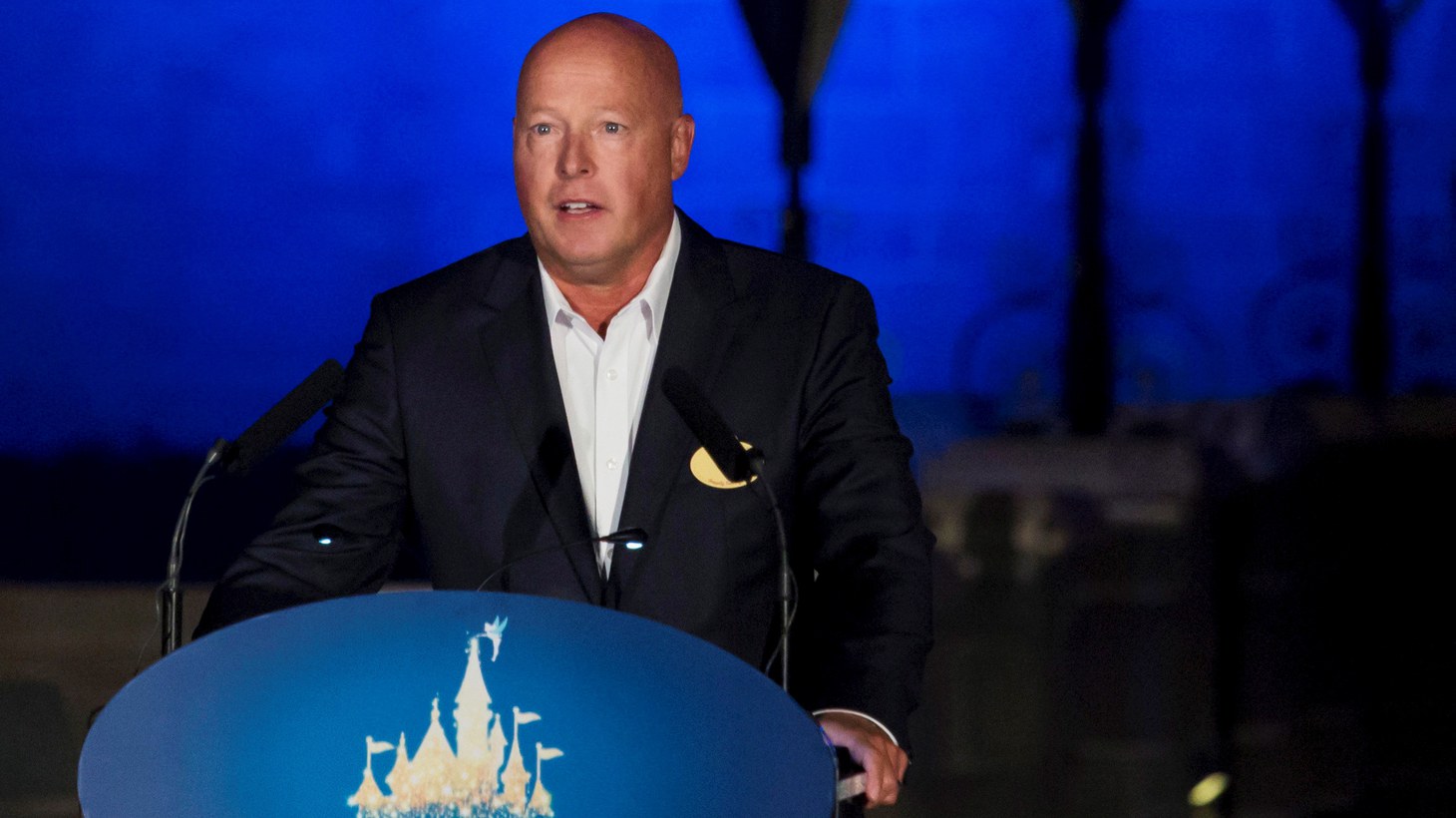 “Just because you get a renewal, doesn't mean that you are safe for another three years,” says Matt Belloni about Disney’s CEO Bob Chapek’s new contract. Chapek speaks during the 10th anniversary ceremony of Hong Kong Disneyland park in China on September 11, 2015. Photo by Tyrone Siu, REUTERS.

Despite several controversies during Bob Chapek’s tenure, The Walt Disney Company’s board of directors unanimously voted to extend his contract on June 28. The executive will head the company for another three years.

“I've been predicting [this decision] recently,” Kim Masters quips. “[But] there's a certain amount of chip on the shoulder of people who are not only in the community of Hollywood, but in the fan world, who complain about the higher prices and say that the rides aren't maintained, and all the grievances you find on the fan sites.”

This is not a rubber stamp deal

“He'll absolutely be watched closely,” affirms Matt Belloni, founding partner of Puck News. “And the perfect example of what could happen is the Peter Rice situation: [He] was upped nine months before he was unceremoniously fired. So just because you get a renewal in this kind of a position doesn't mean that you are safe for another three years.”

Though the board did put out a positive statement about him, Belloni states, “it also cited his leadership during these turbulent times and getting us through the pandemic. And all of these things that did not exactly ascribe to him a wondrous vision for the future of The Walt Disney Company.”

“[Disney] did not renew him beyond when his contract was supposed to be up, which is in February. They renewed him from now. This is a new deal. So it's essentially a 2.5 year rather than a three year renewal, which they probably would have done if this was someone like [Roberg Iger], someone that is solidified,” Belloni says. “So yes, he does have some runway here. But this is not a wholesale, you know, rubber stamp, ‘go do what you do.’ They're watching closely.”

“The litany with what Chapek is doing is nowhere near over.”

“[Disney’s] stock is down, but [Chapek] is down more than others,” states Kim Masters. “And there's all the challenges [with] streaming, he's going to have to pivot because they didn't get the India cricket rights. And he's going to have to reset those subscriber goals that he had just clung to a few minutes ago. So the litany with what Bob Chapek is doing, how is it going, is nowhere near over.”

In other news, the merger of CAA and ICM just closed.

“Now we have three mega agencies. I thought there was a chance that the Justice Department might take a look at it for that reason,” remarks Masters, who’s now represented by CAA.

“Clearly, they had some concerns, because this thing took eight months to close. And if you think about in the grand scheme of things, ICM was so weakened from its heyday, as one of the big power agencies, it was sort of chugging along as mostly a showrunner agency with some big names there, and a few stars,” Belloni adds. “So this was not a merger. This is an acquisition, a takeover of one giant agency of a largely weakened one.”

Belloni adds that from a macro perspective, it is four big agencies merged to three. “And that's where we are right now: consolidation has gripped the industry, everything has been consolidated, including the talent agencies,” he concludes.

As CAA plans to lay off almost a quarter of ICM’s staff, Masters says, “some people already bailed on some agents because they might not be able to keep their clients if they stuck around too long.”

“The ICM assets were really the publishing division and the sports division, some media rights people, they're keeping some talent agents as well, mostly to help service the existing CAA clients,” Belloni mentions. “I think CAA is going to use this merger as a chance to evaluate its own existing employees. And part of that is [its] client base, but perhaps there's some redundancies and some of the fatter contracts that will get a second look here, and I think everything is on the table at CAA right now.”