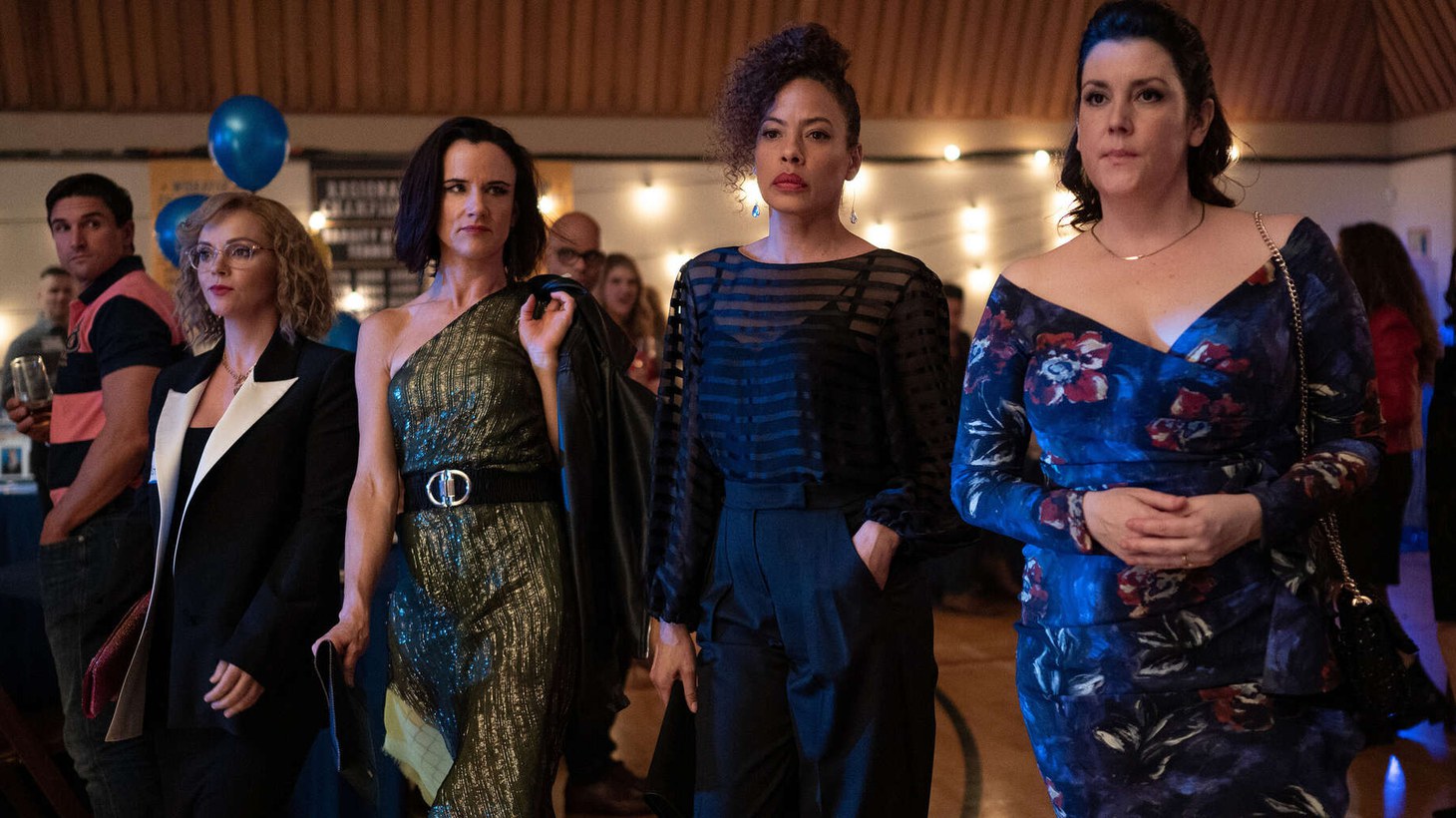 “We're coming back for season two, which feels really good,” says Ashley Lyle. “So many great shows don't get that opportunity, and so it's all just feeling like icing on the cake.” Christina Ricci (left, adult Misty), Juliette Lewis (adult Natalie), Melanie Lynskey (adult Shauna), and Tawny Cypress (adult Taissa) in “Yellowjackets.” Photo courtesy of Showtime.

Ashley Lyle and Bart Nickerson explain how they conceptualized the mysterious plot, their pitching plan, and how they secured the cast and kept them engaged and ready for season two. The married team are “Yellowjackets” co-creators and executive producers.

A story that feels authentic

Though the idea of getting into a plane crash with one’s best friends and having to survive seems far-fetched, for Lyle the real story of the series is “more in spirit than in the plot.”

“We really wanted to tell a story that felt authentic to the intensity of what it felt like to be a teenage girl and the intensity of those friendships,” she says. “Maybe not technically the most realistic in terms of what happens to them, but we like to think that the characters, what they're going through, and how they react to it at least feels authentic.”

For Nickerson, the show represents a subjective experience of teenagers who usually don’t have a sense of proportionality, usually feeling that “the world [is] ending even if it [is] something that everybody goes through.”

During the writing process, Nickerson says he and Lyle have several unstructured conversations where they collect all sorts of ideas, and at some point, they gravitate to one. That’s how they came up with the name “Yellowjackets.” “We just wrote up the ideas that we had been percolating,” he says. 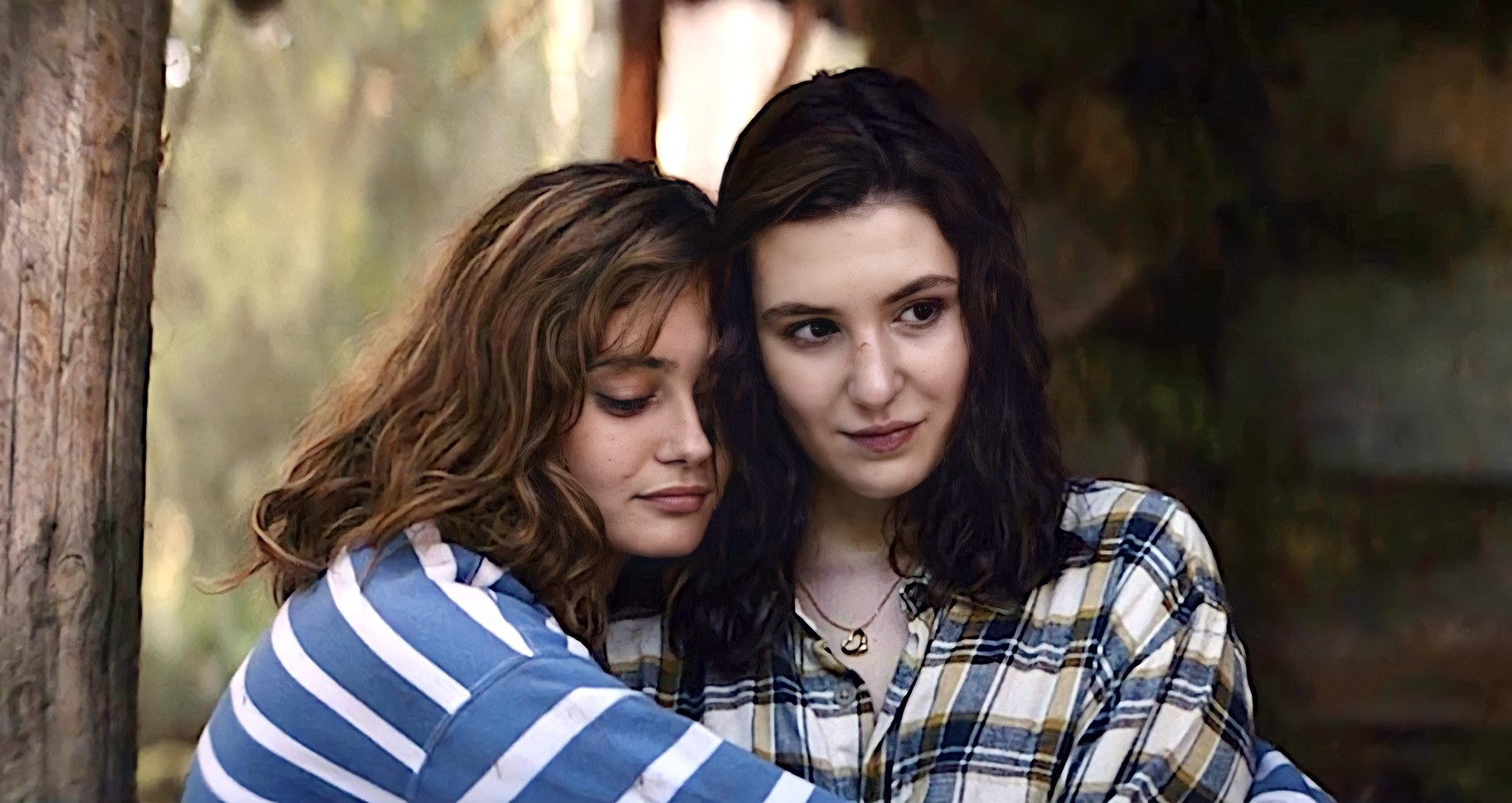 “We really wanted to tell a story that felt authentic to the intensity of what it felt like to be a teenage girl and the intensity of those friendships,” says Ashley Lyle. Ella Purnell (left, teen Jackie) and Sophie Nélisse (teen Shauna) in “Yellowjackets.” Photo courtesy of Showtime.

In order to lay out the complex story, its characters, tone and premise, the show creators felt they “needed to be as clear and as descriptive as humanly possible,” Lyle explains. They got the complex story down to a 35 pitch.

“The common wisdom is that 35 minutes is too long to pitch, [but] we were pitching out to networks and even they were like, ‘I don't think this should be that much shorter because it's such a big swing of an idea, there's no IP attached to it, there's no format attached to it,’” she recalls.

They plotted out enough to have a five-season rough pitch, with further out storylines being less specific. “The intent of us pitching a five-season plan was not necessarily to say to Showtime that it has to be five seasons, or it can only be five seasons,” Lyle explains. “Part of it is a tool to show how expansive the show and the idea can be, that this is a well of potential [stories], and something that can sort of reinvent itself and change and shift.”

Despite their ambitious plan, Lyle says they genuinely believe the show will give signs of “when the story has come far enough or wants to come in for a landing, pun intended.”

“We read that situation completely wrong.”

These longer presentations sometimes meant it was harder to grab people’s attention and close the deal.

“You can tell within the first five minutes if somebody is interested or not,” Lyle says. “And then their eyes glaze over here just trying to get through to the end. And sometimes you end up speeding up because you know exactly what's happening: you just need to say all the words. It's a little bit of a train wreck.”

At other times, they felt uncertain about a presentation. “I clearly remember when we pitched to Showtime, to Gary Levine. Gary is very poker faced, but I think we were sitting up against the windows, so clearly the sun was in his eyes, [and] he was just kind of squinting at us [during] the whole pitch,” she recalls. “And then I remember we were walking to the elevators afterwards and we went, ‘Well, that was good practice.’ We didn't think that they were interested.” Shortly afterwards, they got a call that the network wanted the show. “We read that situation completely wrong,” she adds. 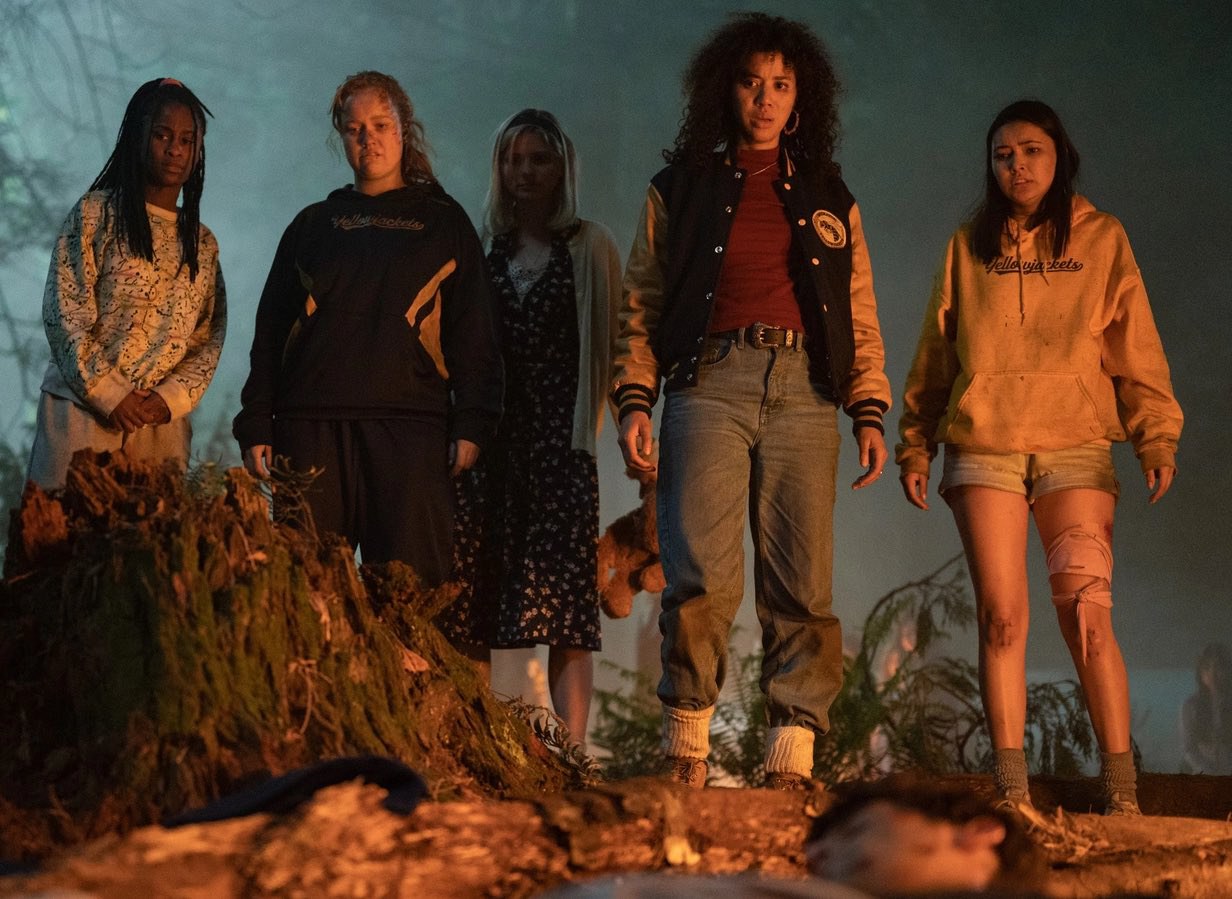 "[Showtime] kept really emphasizing the darker and weirder qualities, which is, of course, the stuff that we love the most as well,” says Ashley Lyle. Alexa Barajas (right, as teen Mari), Jasmin Savoy Brown (as teen Taissa), Jane Widdop (as teen Laura Lee), Liv Hewson (as teen Vanessa) and Keeya King (as teen Akilah) on “Yellowjackets.” Photo courtesy of Showtime.

Finding the right home for “Yellowjackets”

Besides Showtime, they also pitched to other networks but Lyle and Nickerson knew other platforms saw the show differently from their concept. “There were a couple places that very clearly saw it as squarely Young Adult, and we didn't. So that made us a little bit nervous,” Lyle says.

But with Showtime on board, they felt relieved. “They kept really emphasizing the darker and weirder qualities, which is, of course, the stuff that we love the most as well,” she affirms. “So luckily, it feels like we did find the right home… because this really is the show that we wanted to make.”

She adds, “But I have a feeling that we would have probably been encouraged to lean into a less weird version of the show in certain places.”

Getting the talent to sign on a longer-term project was tricky and caused some discomfort. “That was something that definitely gave Melanie [Lynskey] pause. She hadn't signed on for a multi-year show in a very long time and it was something that she was a little bit hesitant about at first,” Lyle says.

However, they do have contracts in place for people to come back for multiple seasons. “And you just hope for the best,” she states. “As Bart said, ‘There's never a guarantee when you might get canceled.”

“When we pitched it, it really was just an attempt to have proof of concept that we knew where it was going, that we knew what we wanted it to be, and that it could last for longer than a season or two,” states Ashley Lyle. Jane Widdop (left, teen Laura Lee) Alexa Barajas (teen Mari), Mya Lowe (Yellowjacket #1), Courtney Eaton (teen Lottie), Sophie Thatcher (teen Natalie), Princess Davis (Yellowjacket #2) and Sophie Nélisse (teen Shauna) on “Yellowjackets.” Photo courtesy of Showtime.

The series was filmed in Canada during COVID, which restricted their traveling to and from the United States, so the younger cast took advantage of the filming location.

“There were a lot of trips to Vancouver Island, and they would go hiking and find lakes,” Lyle says. “And I think there was sort of a summer camp element to the whole thing, which really helped in terms of bonding them together and creating a real dynamic of friendship that translated into the show.”

The series’ co-creators are plotting season 2, which will return to Showtime in early 2023. “It feels like everyone's really excited to dig back in,” she concludes.

David Zaslav, head of Warner Bros. Discovery, deals with a growing number of problems, and his decision-making process raises eyebrows once again.

“Yellowjackets” creators Ashley Lyle and Bart Nickerson delve into the making of the hit series, their pitching hits-and-misses, and finding a home for the show.