Daniel Fishkin is a young musician who played in bands and studied composition at Bard College. When he was 22 he got a bad case of tinnitus, a continuous ringing in his ears that drowned out all the sounds around him, and even some of the music in his head. It was a pretty tough blow for an aspiring composer. It wasn't the first time that a musician has had to deal with hearing loss, but what Fishkin did with this situation is remarkable. 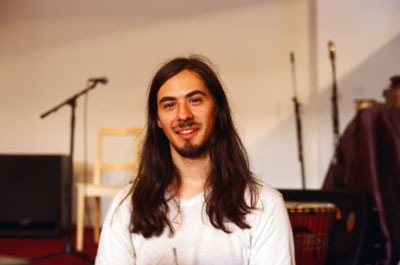 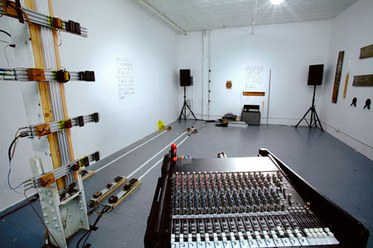 Daniel Fishkin's feedback system, where a piano string vibrates without being touched.
Fishkin used this to create the Tinnitus Suites.
Photo by Oliver Jones 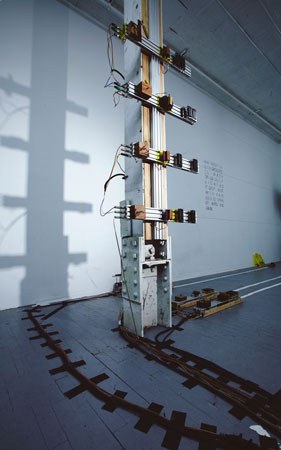 Transducers attached to long strings that create a feedback loop when amplified.
Photo by Oliver Jones