Robert Kensinger moved to L.A. in the late 70's. He was hoping to make it as a film director after graduating from the Rhode Island School of Design. He stumbled into a job as a personal assistant to the legendary actor, writer, and director Orson Welles. Kensinger worked for Welles off and on for several years before he left to write scripts for indie producer Roger Corman. Then he carved out a long career as a set decorator on many studio films.

People tend to think of Orson Welles as inactive or diminished during those final years – living off Laurel Canyon on Wonderland Avenue, earning a living starring in wine commercials and making the rounds of TV talk shows. But Kensinger remembers the director of Citizen Kane as vital and alive, working hard as ever on projects including his last film, The Other Side of the Wind. It remains unfinished to this day. 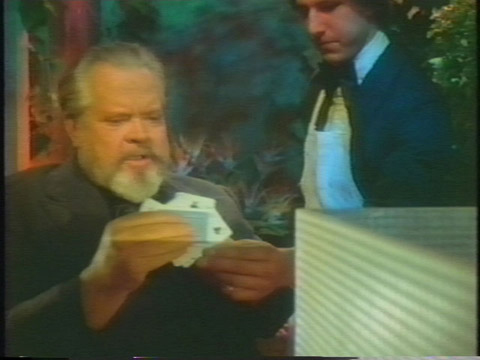 Still from a TV magic show pilot Welles shot,
in which Bob Kensinger appears as a waiter. 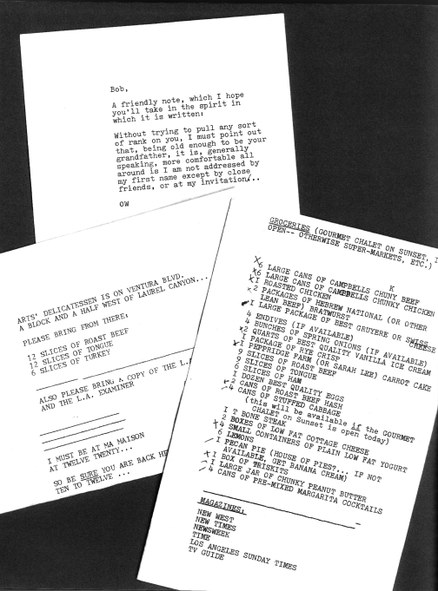 Documents from Bob Kensinger's tenure as Welles's assistant,
including shopping lists and a personal note.
Originally appeared in Grand Street. 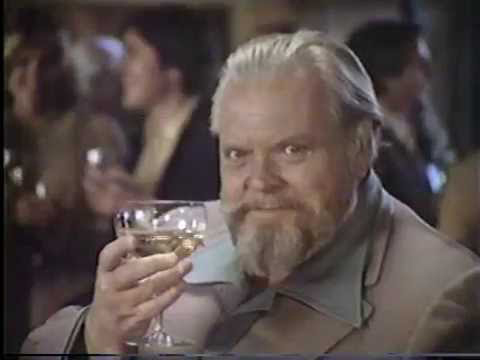 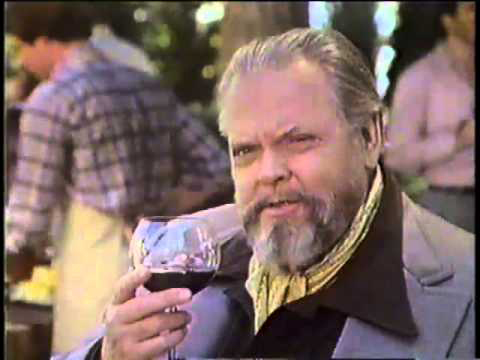