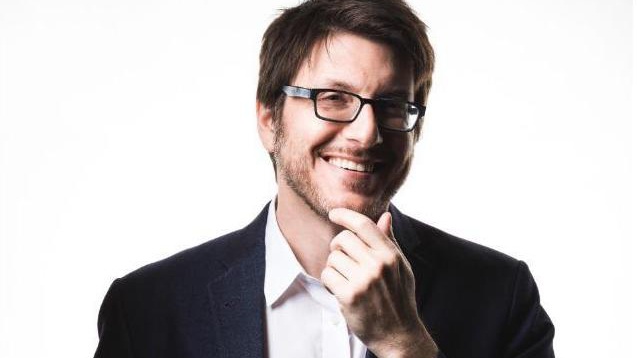 As host of the MUBI Podcast — currently in its second season “Only in Theaters,” Rico Gagliano knows movies. He joins us on this week’s The Treat to delve into his fascination with German director Wim Wenders’ 1987 romantic fantasy film “Wings of Desire.”

I saw it for the first time in a movie theater I worked at in downtown Pittsburgh, PA. It was a 1,300-seat house, and on the ceiling were half-naked cherubs frolicking in a cloudy sky painting. I remember watching it from the balcony [where] nobody else was allowed, because the theater was frankly decrepit at the time. But it is the perfect setting for watching this movie.

It's about two angels wandering through the streets of Berlin. And they just float in and out of people's lives. They are able to hear people's thoughts, and people can't see them, except children. And in the process of watching people, one of the angels meets a French woman, who's an acrobat, and falls in love with her and decides that he wants to become human.

The camera never stops moving. One of the tropes of the movie is that the angels can go through walls, because they're angels. So they can be anywhere and hear anything, and the camera [is] an angel's-eye view of the world, which kind of is part of what imbues everything, regardless of its decrepitude, with a sense of other worldliness.

[Cinematographer] Henri Alekan’s photography in this movie is like nothing I have seen. It is shot in this luminous black and white. I later learned that Alekan was actually using a filter for his camera that was made from the stockings of his grandmother, and he kept this delicate, fragile thing in a special box so it couldn't be damaged, because it was obviously irreplaceable – he was never going to find this fabric again.

The movie has this kind of glowing around the edges. And it's that kind of treatment that had a lot to do with setting a certain aesthetic for me of romantic old spaces [where] you can feel their age.

When I watch this movie … there's just this feeling that humanity is going to ascend to a higher plane that's so awesome that even an angel wants to be part of it. God knows these days, watching a movie and remembering that a time like that, could be unbelievably important.

Adrian Tomine, Michelle and Robert King, and The Treat

Graphic novelist and cartoonist Adrian Tomine’s cartoons regularly appear in The New Yorker. His other works include the novel “Killing and Dying” and the comic series...

Michelle and Robert King are the creative forces behind some of TV’s most successful dramas, including “The Good Wife.” Both their legal spinoff “The Good Fight” and their...

MUBI Podcast host Rico Gagliano explains his fascination with the 1987 German film “Wings of Desire,” directed by Wim Wenders and shot by Henri Alekan in Berlin.