Jack Black has found, in Rick Linklater, a filmmaker who understands him in a way many others don't. After School of Rock, their first collaboration in 2003, which elevated Black's stardom and showed audiences a side of him previously unseen, they teamed up again for Bernie. Black plays the title role in this true story about an assistant funeral director in Carthage, Texas, who befriends a miserly old benefactress (played by Shirley MacLaine). A twisted turn of events turn him from companion and caretaker to murderer. At its heart are the larger themes of acceptance, repression, and denial, but more than that, the film capture's Black's unique skill as a showman and actor. Black talks to Elvis about work on an upcoming third Linklater film, the Green Lantern that never was, and why the Tenacious D movie was a box office flop. 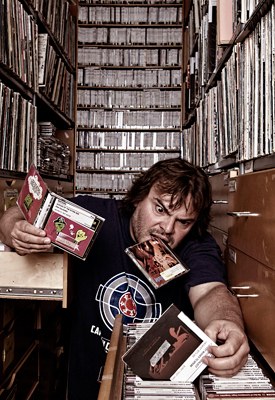