Michael Rapaport is best known as an actor, working with directors from Spike Lee to Tony Scott to Woody Allen. He steps behind the camera as filmmaker for his documentary Beats, Rhythms & Life, a look at the hip-hop group, A Tribe Called Quest. Elvis engages Rapaport, who traveled with the band for their 2008 reunion tour, about the director's own relationship with hip-hop and growing up in New York City. 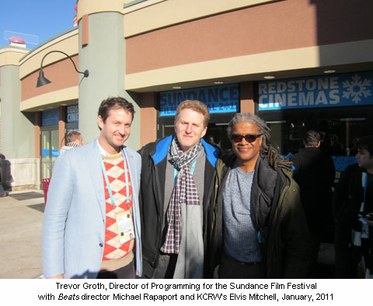