“[David Bowie] was both inspired by what he was experiencing in the culture around us and through his love to Iman, to jump back into the deep end,” says filmmaker Brett Morgen. “I think as a result, he produced possibly one of [the] greatest timestamps of his career.” Photo courtesy NEON

The 1995 album reunited Bowie with musician and producer Brian Eno, who contributed to Bowie’s  “Berlin Trilogy.”

For Morgen, “Outside” is possibly one of the “greatest timestamps of [Bowie’s] career.”

Bowie had been in the commercial wilderness for several years, ‘84 to ‘87, and then joined “Tin Machine” as a sort of palate cleanser. Then had a kind of famous return to form with “Black Tie White Noise,” which in retrospect, is not really a return to form.

But when he reconnected with Brian Eno, who he ran into at his wedding with Iman, he had arrived at a place in his career, at a new station. Iman introduced a whole new kind of role that had eluded him, and he was able to put down roots and start building a home. From that vantage point, he then decided to jump back into work with a new passion and vigor.

What Bowie did back in ‘95 was very similar to what he had done in Berlin in the early ‘70s, which is: just strip everything down and go back to role playing, game playing, really trying to get as far out of his comfort zone as possible. He started painting with greater frequency, and he would often use his paintings to inspire his musical collaborations. 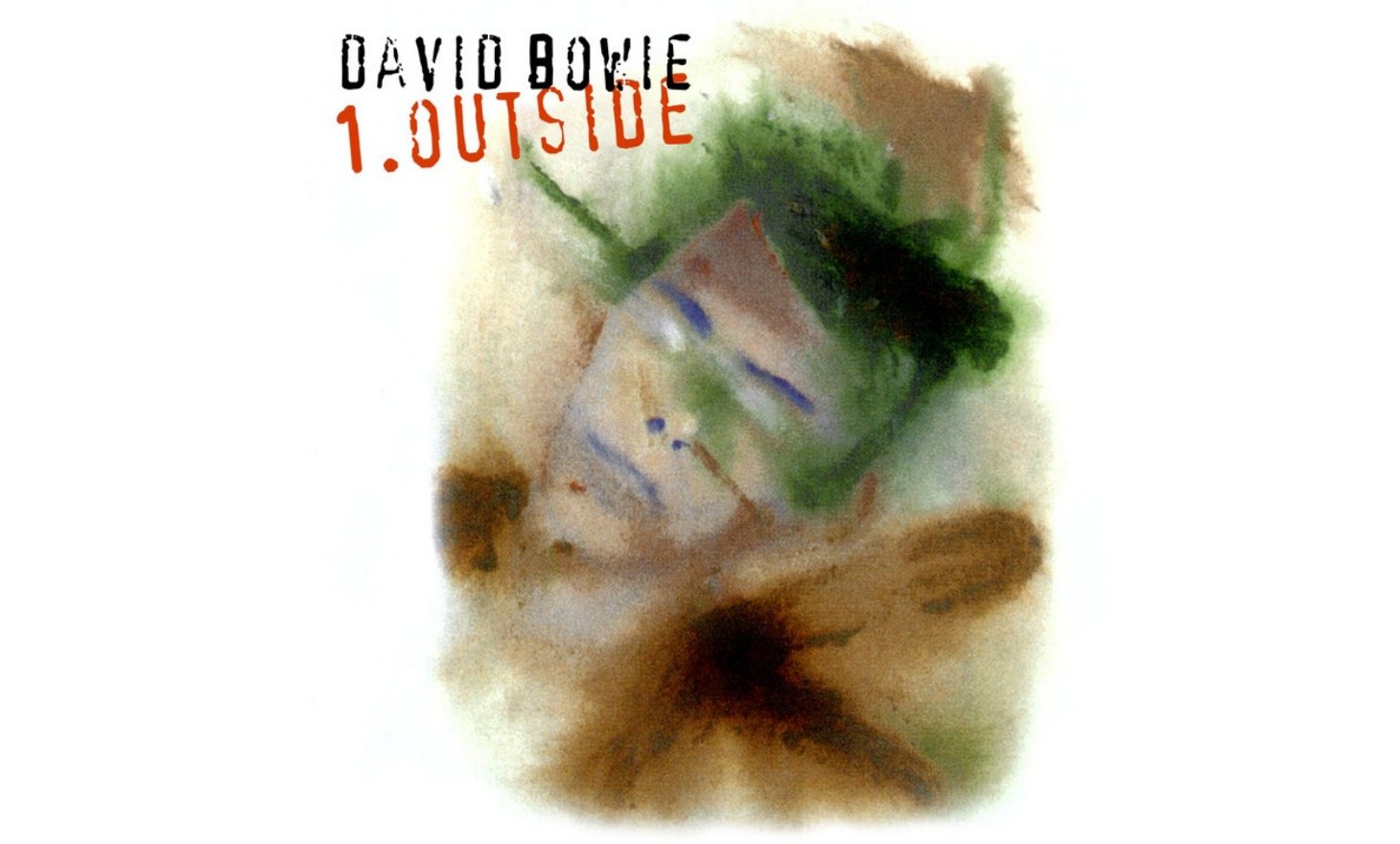 The cover artwork of “Outside” is a 1995 David Bowie self portrait painted in watercolor on canvas titled, “Head of DB.” Image Courtesy of Denovo.

The themes that would endlessly excite him, that he would return to over and over and over again. In fact, in “Moonage” we open with a quote from Nietzsche, which David extended to both James Joyce in literature and Einstein in science and Freud in psychoanalysis, and how all of the great minds were kind of deconstructing our belief system: If we no longer had a God to believe in, where were we going to put our faith?

David believed that that created a deep sense of anxiety, coupled with the fact that over the past 300 years, we went from an agrarian culture to the world that we're living in, and how did the brain evolve to take in all of this new information? What David was ultimately doing was creating a soundtrack for that.

He was both inspired by what he was experiencing in the culture around us, and through his love to Iman, to jump back into the deep end. I think as a result, he produced possibly one of [the] greatest timestamps of his career.

Photographer Carell Augustus on a new look at old Hollywood

For “Moonage Daydream” director Brett Morgen, David Bowie’s “Outside” album may be the musician’s most underappreciated work and one of the “greatest timestamps of his...