With the highly successful Sundance debut of his film Fruitvale Station, director Ryan Coogler has continued to highlight parental role models and the outsider icons of black culture in his work. Today, Coogler joins Elvis Mitchell to discuss his new film Creed and his experience reviving the Rocky film franchise. 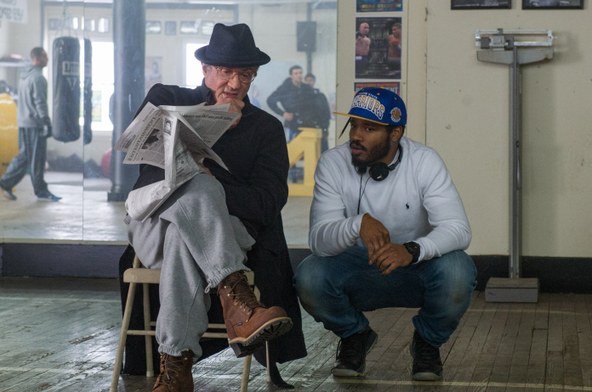 Actor Sylvester Stallone on the set with Ryan Coogler

Photo: (L-R) Director Ryan Coogler with actor Michael B. Jordan on the set of Creed