The Problem We All Live With, Part I Charter schools, turnaround schools and small schools are all experiments that are supposed to improve schools for mostly poor, minority kids. But there is one thing that nobody tries anymore, despite a lot of evidence that it works. Desegregation. This week, we look at one school district in Missouri that accidentally launched a desegregation program just a few years ago. It's the first of a two part series. 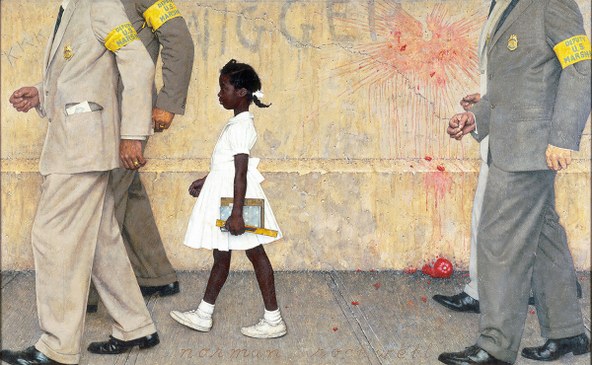 Photo: Norman Rockwell's painting "The Problem We All Live With," depicting Ruby Bridges, the first black child to attend an all white elementary school in the South. (Norman Rockwell Museum)