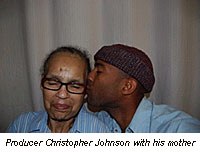 Reporter and producer Christopher Johnson describes his frustrating year-and-a-half-long struggle to diagnose his chronic and sometimes painful dizzy spells. His story starts where the spells did, in a central African rain forest. As the dizziness gets scarier, Christopher tries with little success to name and treat this vague symptom. He calls on everyone he can think of for help, including his doctor, his friends, and even the gas company. Relief is hard to come by until Christopher realizes he has to face something more frightening than any dizzy spell.

Plus, Action Park was a water park in northern New Jersey that closed in 1996. For kids in the area who grew up in the 80's and 90's, Action Park is legendary for its unsafe rides, poor maintenance, indifferent young staff, and high body count. If you spent the day at Action Park, there was a good chance you'd come home with some sort of injury. Actor and comedian Chris Gethard tells the story of his eye-opening visit to Action Park when he was 13, and how it made him a man.

Chris Gethard can be found at thechrisgethardshow.com.

You can read more about Action Park and other New Jersey legends at Weird N.J.